In 1953, the Senate was unhappy with the need to raise the debt ceiling–the amount that the U.S. could borrow. One concern was President Eisenhower’s proposed spending on a new National Highway System. Senator Harry Byrd of Virginia even said a vote to raise the ceiling would be “an invitation to extravagance.” But, as always, compromise prevailed. The President reduced some expenditures and the Congress said we could borrow more. We also wound up with the $26 billion we needed for a 41,000 mile national network of roads.

Improving old roads and building new ones, the upgraded highway system fueled the economy. You can see that east/west roads had even numbers and north/south, odd:

Now again, we have a Senate that is withholding approval of an elevated debt ceiling. One concern? Like 1953, transportation Infrastructure spending.

During August, 2019, when its spending hit the debt ceiling, the Congress agreed to a suspension. Instead of raising the ceiling, they said that for two years there would be none. Now, two years have passed, the suspension expired, and the ceiling was reset to a current debt level of $28.4 trillion.

Any time U.S. spending exceeds revenue then we have to borrow to make up the difference. And no, the U.S. does not borrow by going to a bank. Instead, it sells bonds to a bank…and to other businesses, countries, and to you and me. When we lend money to the U.S. by buying a bond, the money goes to the U.S. treasury. We are willing to lend the money because, in return, we get interest payments. Also, the U.S. has been a dependable borrower. Because it always pays back what it owes, most of the world is happy to loan it money.

To continue paying back what we owe, we need a higher ceiling.

Urging a resolution, Secretary of the Treasury Janet Yellen sent this letter to Congressional leaders. Essentially she says that the Treasury has been carrying out its obligations through extraordinary measures that can last no longer than October. To avoid “irreparable damage to the economy and global financial markets,” she hopes the Congress will, “protect the full faith and credit of the United States by acting as soon as possible:” 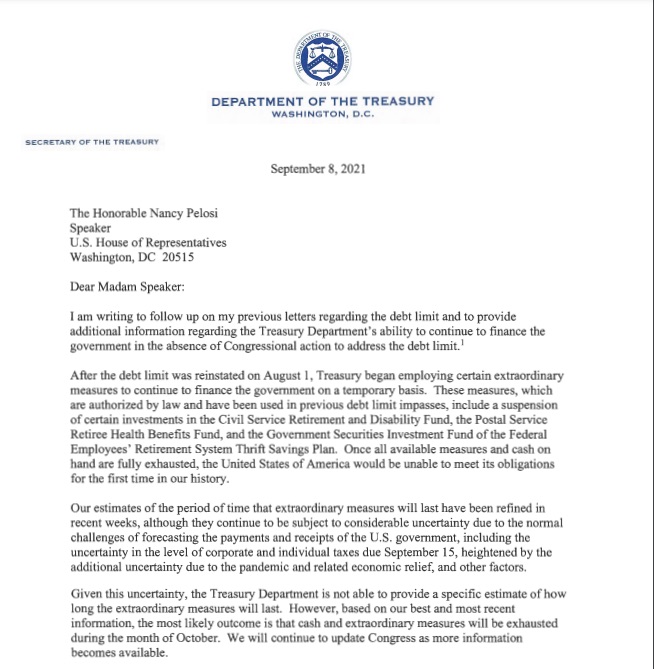 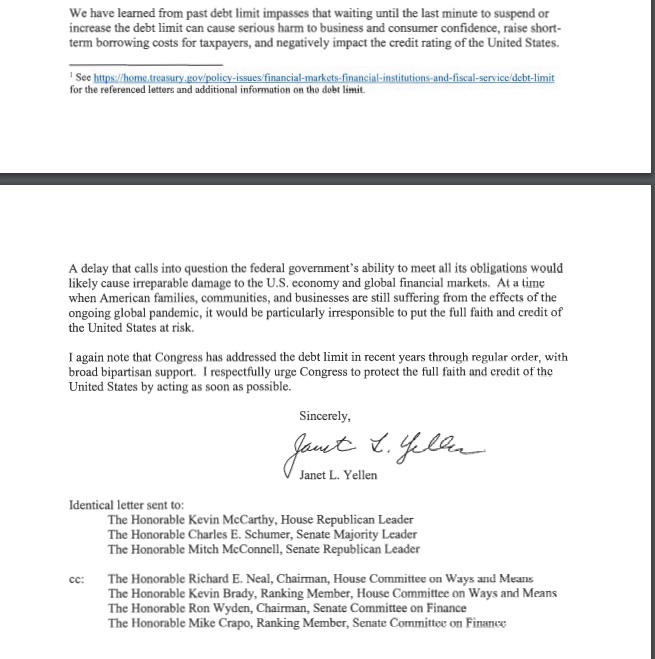 Although the Treasury can take extraordinary measures to cover our borrowing obligations, soon, without a new ceiling, we won’t have enough.

Seeing us not meet our obligations by the end of October, our first Secretary of the Treasury Alexander Hamilton (1789-1795) would have expressed alarm. Manageable borrowing did not bother him. Instead, he believed it helped us establish good credit. With good credit, we could use other people’s money to build infrastructure and other government projects.

My sources and more: Complementing this detailed story of the ups and downs of 1950s interstate highway funding, the Federal Reserve explained the first debt ceiling crisis. For more of the debt ceiling story, do take a look at econlife, here and here.

What We Would Have Paid For Grumpy Cat