The Economy Inherited by Bush, Obama, and Trump

When George Washington became President, he inherited a farming economy that depended on barter. Lacking diversification, the economy depended on manufacturing imports. It needed a money supply, a banking system, and support for business formation.

George Washington was very much aware of what he inherited.

He asked his Secretary of the Treasury, Alexander Hamilton, for a development program. Including a plan for guaranteeing public credit, creating banks, and incentivizing manufacturing, the proposal was a blueprint for U.S. economic growth.

Leaping ahead 230 years, we can still ask about the economy that a president inherits. So, let’s take a look at Presidents Bush, Obama, and Trump, and what might develop for President-elect Biden.

When Barack Obama became president, the U.S. economy was starting to emerge from a cataclysmic recession. He inherited the seeds of a recovery that grew during his administration. The recovery was defined by a moderately growing GDP. It displayed an ascending dollar value of the goods and services produced in the U.S.

The Trump presidency inherited a subdued GDP that continued until a pandemic plunge. Below, you can see the GDP’s 2020 dive. An updated graph would have shown a reversal for the third quarter. However, by the January 20, 2021 inauguration, it could dip again: 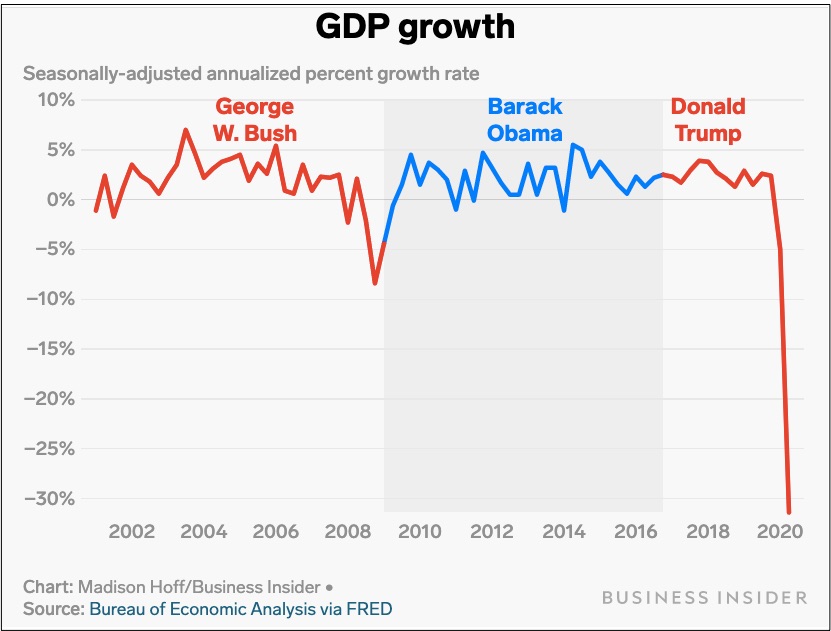 Foreshadowing a recovery, the unemployment rate peaked after Obama became president. Then, as a lagging indicator, it steadily descended. 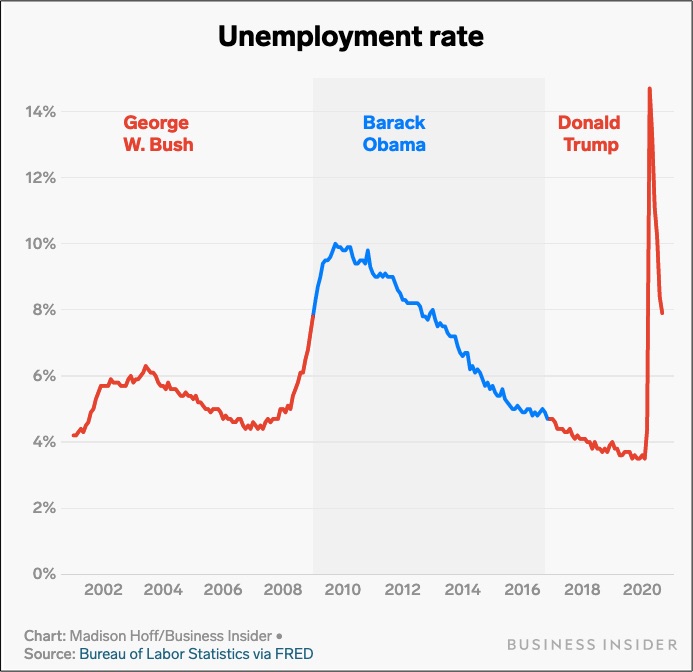 You can see that President George W. Bush oversaw mixed wage growth and passed on to President Obama the dip from the Great Recession. That dip remained until after the Trump presidency began. The pop in the wage growth graph during the pandemic reflects a skewed number. Since layoffs were concentrated in lower paying jobs, the average wage ascended. 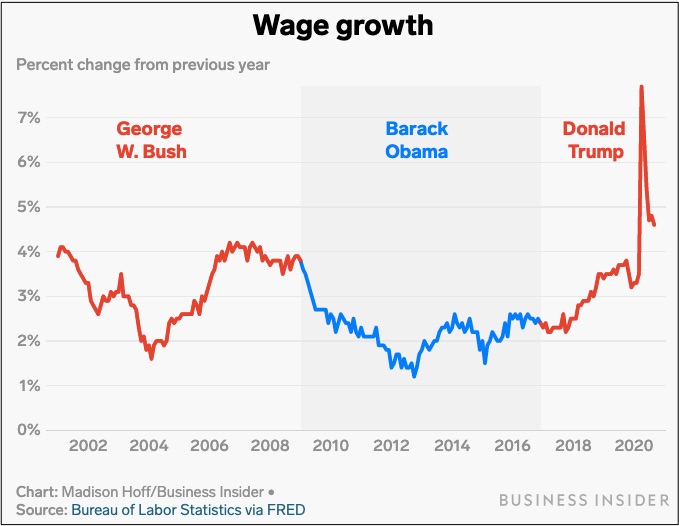 Not necessarily a contemporaneous economic barometer, stock indices tell us what markets expect. Predictably the S&P 500 went down and then up as the December 2007-June 2009 recession unfolded. Consequently, President Obama received a climbing S&P that continued into the Trump presidency: 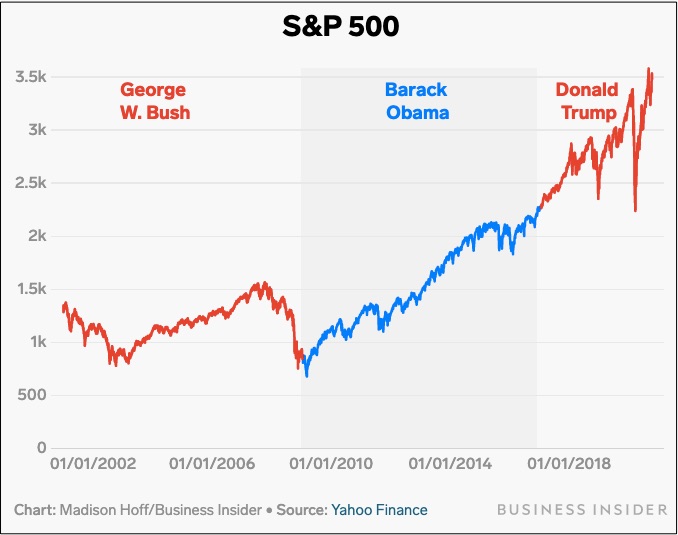 The economy that Joe Biden inherits has the potential that our graphs indicate. But also, the future returns us to the past. Yes, the 1791 economy was so different from ours. But the impact of what a president inherits is timeless. It can restrain or boost his or her accomplishments.

My sources and more: Business Insider had the perfect summary and all of the graphs. Then, recent press releases on the GDP, employment, and wage growth helped me do the updates.