What We Would Have Paid For Grumpy Cat

Before Grumpy Cat died, she was worth $100 million.

Not quite as pricey, a bidder in China bought New Kim the pigeon for $1.8 million while a breeder paid $13.1 million for Seattle Dancer in 1985. (Sadly, a virus cut short his racing career.)

Behavioral economists suggest that we need more of these kinds of price tags. But they have the environment in mind.

When the Deepwater Horizon oil rig exploded on April 20, 2010, it released 134 million gallons of oil into the Gulf of Mexico for 87 days. As a result, the wildlife toll included the death of more than 105,400 sea birds and 160,000 juvenile sea turtles. Six years later, with a check for $20.8 billion, BP recognized the huge damage. The primary recipients were Louisiana, Texas, Florida, Alabama, and Mississippi.

Louisiana was hit the hardest:

Targeting ecological and economic recovery, bird and fish populations are being restored and their habitats will be rebuilt. In addition, the money went to an oil spill liability trust fund. But even now, Louisiana’s Barataria Bay dolphin population is down by an estimated 51 percent.

In May 2019, the Trump Administration reduced offshore drilling safety regulations.  I wonder if each individual bird or fish had a price, they would have more of an incentive to protect them.

In a recent paper from Duke University, researchers concluded that an African forest elephant was worth $1.75 million. Similarly, they valued each whale near the coast of Brazil and Chile, at $2 million. To get their estimates, they identified what the whales and elephants do for us.

The following chart includes some of what they looked at: 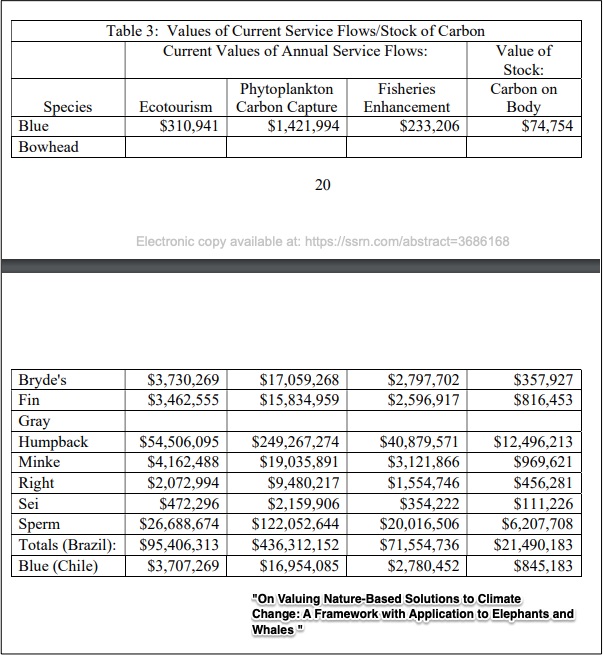 The market’s supply and demand depend on a price system. Sending a message, prices tell us what is expensive and what is cheap. They convey value. As consumers and businesspeople, we identify what we can afford.

Because dollars create incentives, they can transform our view of natural resources. Making value more evident, pricing the environment would change our behavior.

My sources and more: Eleven years ago, econlife looked at the BP oil spill. Now, I found an update from NOAA and National Geographic and also pricing the environment research from this paper. However, if your time is limited and you want something interesting, do take a look at all of the animal prices in this BBC article. Do note also that our featured image of Grumpy Cat is from CNN.

Our Weekly Economic News Roundup: From Skateboards to Washing Machines