What We Can Learn From a Nail

We know that nails make connections. Today though, rather than a roof or a cabinet, we need to consider how they connect us to big economic ideas.

These falling prices from the late 1700s to the middle of the 20th century tell a bigger story: 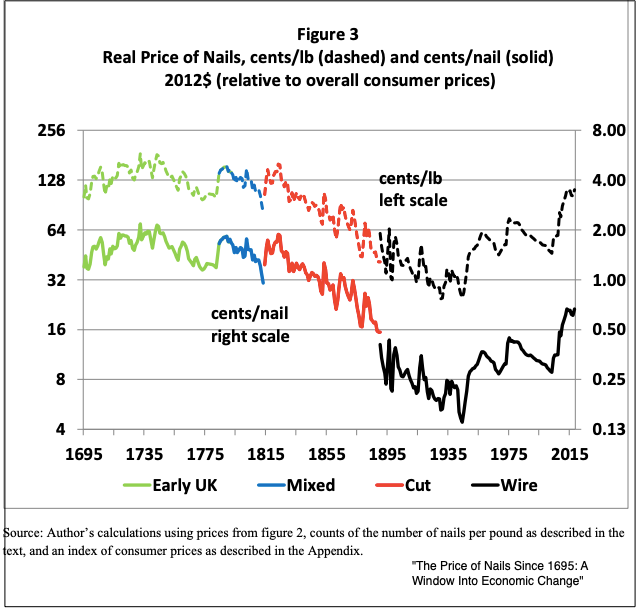 Looking back to the 18th century, we could have seen an experienced blacksmith making a nail a minute. Then, in the factory, the pace of nail making quickened. Echoing Adam Smith’s division of labor for a pin, the nail also achieved new efficiencies.

As Smith described it:

After that, to labor, we can add the increasing dominance of capital. Mirroring other industries, nail factories moved from water to steam to electricity. And, it all happened as the nails themselves changed. From their hand forged origins, soon, most were cut in factories. Then, by 1890, having changed from iron to steel, wire nails became more typical. Lighter and cheaper, the wire nail’s one drawback was less holding power.

The next big change came during the 1930s. Facing competition from imports, nail makers switched to specialty products. A specialty nail could have coating to prevent rust or rings to increase holding power. One contemporary nail maker cites 100 varieties.

In addition, now, the newest machines can spit out 2,000 nails a minute. But even with 500 a minute more typical, we could have one worker running 7 machines, producing a whopping 3500 nails a minute. Today also, the industry has benefited from the nail gun. While nail prices are higher, the gun reduces considerably the price of an installed nail.

So, during several centuries, like many other manufactured items, the nail benefited from changes in the factory and changes in its own design. As a part of the larger economy, it adjusted to foreign competition. Becoming cheaper and lighter, the nail transformed construction during the 19th century. From a post-and-beam approach, builders embraced a balloon frame that required many more nails.

The key thread was the drop in prices. 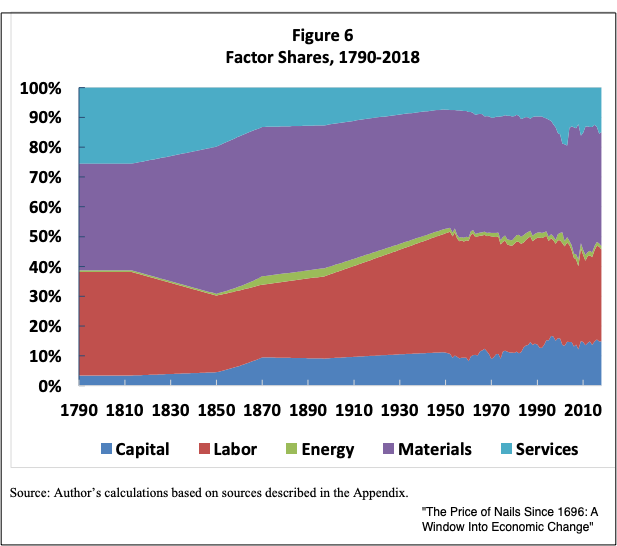 Below, the BLS (Bureau of Labor Statistics) explains multifactor productivity in just three minutes through a baker named Clem:

And, seeing multifactor productivity in the nail industry, we can better understand the upward trajectory of U.S. economic growth: 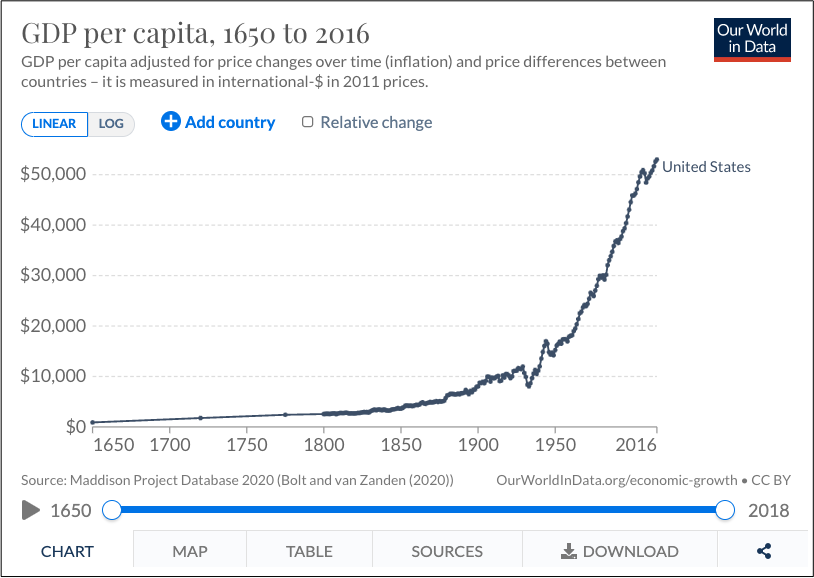 My sources and more: Thanks to my NBER newsletter for alerting me to the nail paper. it reminded me of our post on cheaper light from this Nordhaus paper.

The Dilemma That Comes With a Warning Label