Shrinkflaton is one way that producers respond to rising costs.

One buyer of Royal Canin cat food (rabbit liver mixed with pea flour) said it cost him $240 more a year because of the smaller cans. Meanwhile, when Hershey Kisses moved from its lay-down bag to a standup pouch, they said the reason was consumer convenience. We should add though that the new package is 2 ounces lighter.

And there was much more: 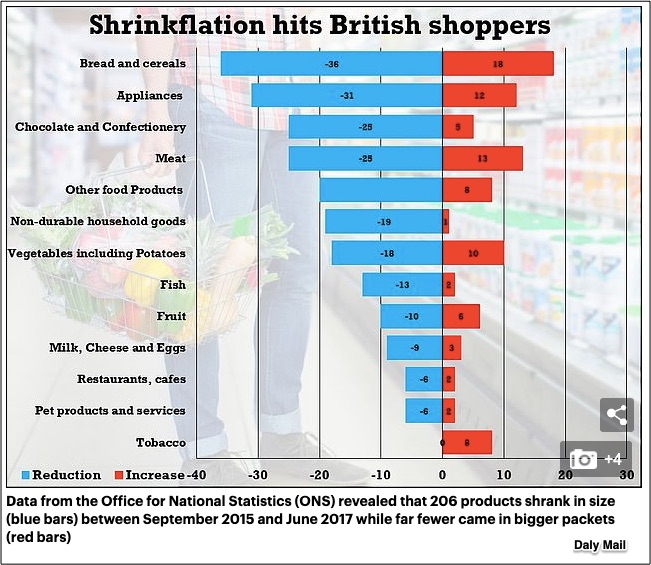 While shrinking package size is one response to a cost uptick, as you might expect, manufacturers are also raising their prices. Kimberly-Clark said we would soon be paying four to nine percent more for its toilet paper. The February freeze in Texas diminished the supply of the acrylic acid that makes diapers absorbent. With descending supply, we got pricier Pampers. Somewhat similarly, Costco says it will soon have to charge more for a $2.99 rotisserie chicken and a $2.99 40 pack of water.

I suspect that many of us care less about shrinking containers than rising prices.  Even when the price stays the same for a container of ice cream that becomes 14 percent smaller, we still buy it: 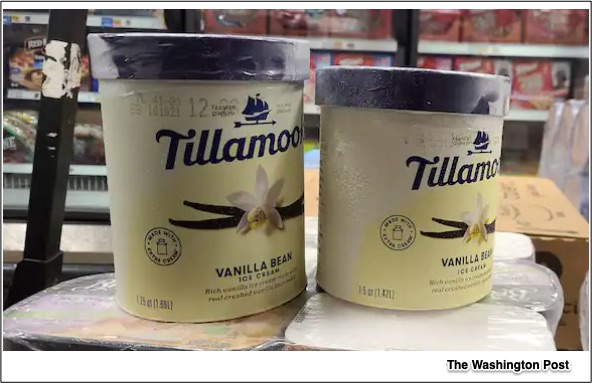 Economists have hypothesized that consumers care more about rising prices than shrinking packages because they pay much more attention to price. Not only are we aware of its ups and downs but also we perceive the original price as an “anchor” that influences our response to the price increase. By contrast, quantity is less of an anchor.

Because one study even concluded that we are four times more demand sensitive to a price hike than a size cut, we can understand why Walmart was willing to make its Great Value towel rolls less of a great value.

My sources and more: I first learned from The Washington Post that shrinkflation has returned. Then, The Daily Mail, here and here, had more as did WSJ, here and here, Then, finally, I recommend this paper and an econlife look at angry chocolate consumers.