During 2019, when Popeyes came out with its new fried chicken sandwich, the lines at some of its restaurants stretched around the block. Extra crispy with an unusually thick pickle slice, the sandwich was so popular that Popeyes employees had to work overtime. One fan ate six in three days.

Then and now, it is all about competition.

At Panera, men that want a “substantial meal” have been buying their chicken-breast sandwiches. At the same time, Popeyes spicy sandwich remains popular and McDonald’s has a cheaper alternative. But still, as in 2019, Chick-fil-A remains a leader in the chicken sandwich category where there are countless possibilities.

One food website said Popeyes was the among the best. Still combining its spicy mayo with thick pickles and perfectly crispy breaded chicken, it adds a brioche bun that (the reviewer says) gives the sandwich a touch of class: 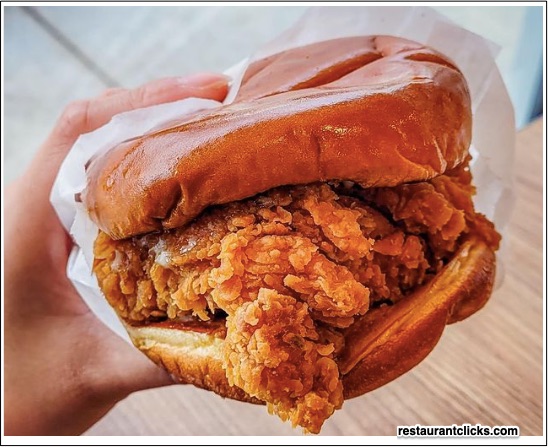 At a whopping 1245 per sandwich, the Burger King Ch’King has the most calories. But, if you want fewer than 500 calories, do go to Wendy’s where one reviewer says its lacks the crunch but still tastes good. Instead, reputedly, some crunch comes from the lettuce.

To be fair, I also checked the ranking at thrillist where, the Ch’King is #1 and Popeyes got the #2 slot. The Jack in the Box Cluck Sandwich is #10 and Wendy’s, at #15, came in last.

Telling us what is special about their sandwich is precisely what Popeyes Louisiana Kitchen, Panera, Wendy’s, Burger King, and all others with a breaded chicken sandwich have to do. Each chain has to differentiate its chicken from everyone else’s.

In a monopolistically competitive market, it all makes sense.

Monopolistic competition is composed of two halves. The monopoly part indicates the company is producing something unique that you associate solely with it. But the competition half says that lots of others have something that could be identical or very similar. A beauty salon is the perfect example. You can get a haircut at many hundreds of shops. But the one person who does your hair is what makes the place unique.

Because we can say the same thing for a fried chicken sandwich, you can see why there is a war among the big chains. Each is trying to distinguish its version from all the others.

However, rather than creating casualties, it appears that the newest chicken sandwich war only has winners.

My sources and more: Having read an update of the chicken sandwich wars in WSJ, I discovered there was still more. Insider explained the impact of the pandemic while Restaurant Clicks and thrillist had the ranking. All added to the facts in our 2019 first and second rounds that we described at econlife (and from which we quoted some sections).

Our featured image is from Panera.

Have We Climbed to Peak Inflation?

What We Can Learn From Spain's Ice Shortage