As of yesterday afternoon, there were 15.84 million children in Japan. According to researchers at a Japanese university, in 3776, there might be just one. 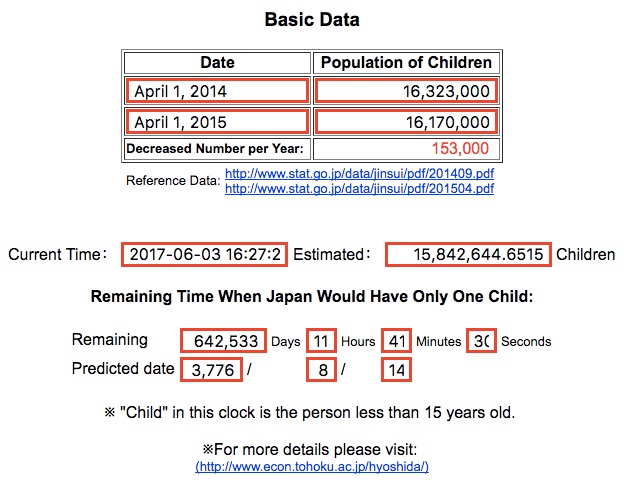 Where are we going? To the fiscal impact of fewer babies and more older people.

While Japan’s “doomsday” clock is questionable, its demographic challenge is not debatable. You can see below that there has been a flip between the young and the aged. In 1950, the proportion of the young in their population far exceeded the aged. And now it has reversed:

That flip between the young and the old takes us to Japan’s population. For the first time since 1899 (when they started recording data), the number of births in Japan is below one million. Combine fewer babies with more deaths and you get a shrinking population.

Our bottom line today is the fiscal bottom line (government’s spending, taxing and borrowing). The shift in Japan’s demography has hit their fiscal health. You can see below that Japan’s pension and health spending are soaring:

But Japan is not the only OECD nation with a demographic problem: 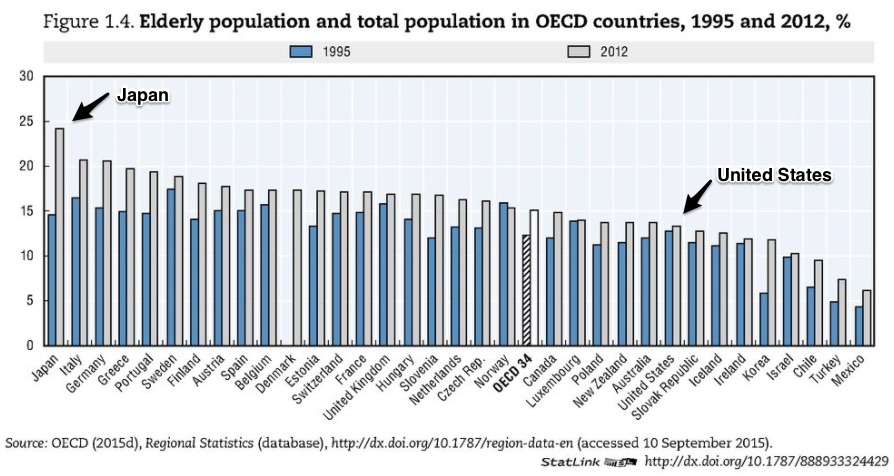 And it will get worse:

So, although most of us don’t face Japan’s doomsday projection, we have similar fiscal concerns.

My sources and more: While the NY Times and Bloomberg provided a good overview of Japan’s population problems, this OECD report was the perfect academic complement.