What We Can Learn From Santa’s Age

As a CEO at the North Pole, Santa is a manager who runs a toy workshop. But he wears many hats. In addition, he is a private investigator who knows which children have been good and bad. He is also a deliveryman, a pilot, and an animal caretaker.

Where are we going? To our aging workforce.

In the world’s major advanced economies, the share of the population that is 50 and older will rise from 37 percent now to 45 percent in 30 years.

Correspondingly, the work force has gotten older. While now, we baby boomers have pushed the age upwards, the forecast is for our influence to fade during the coming decades. Still, the proportion of the traditional working age population, aged 20-64, will shrink: 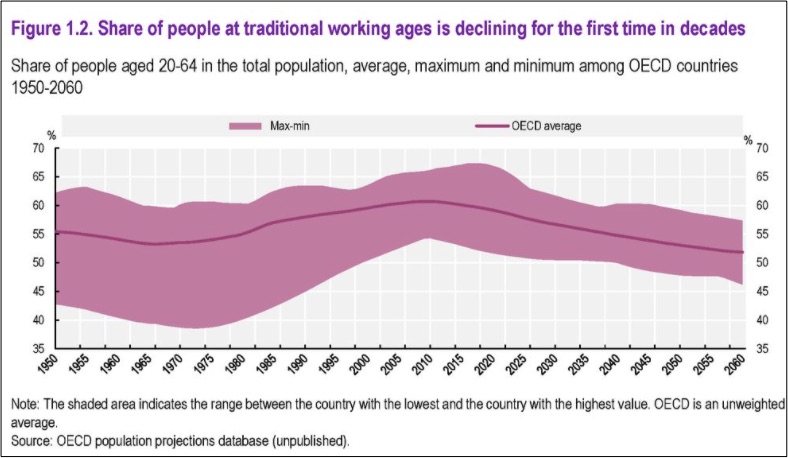 According to an OECD report, these demographic changes could lead to worker shortages. Small bits of evidence of the problem have surfaced in countries that include Sweden and the U.S.: 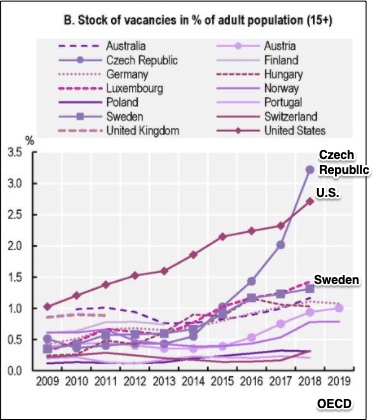 So, you can see that we need older workers. It has begun to happen in OECD countries where people are remaining in the labor force for an extra 2 1/2 (men) to 3 years (women). Up even more in Estonia, the Netherlands, New Zealand and Portugal, work life has expanded by five years. Meanwhile though, countries like Korea need to add a whopping 12+ working years.

Country by country, this is what has to happen: 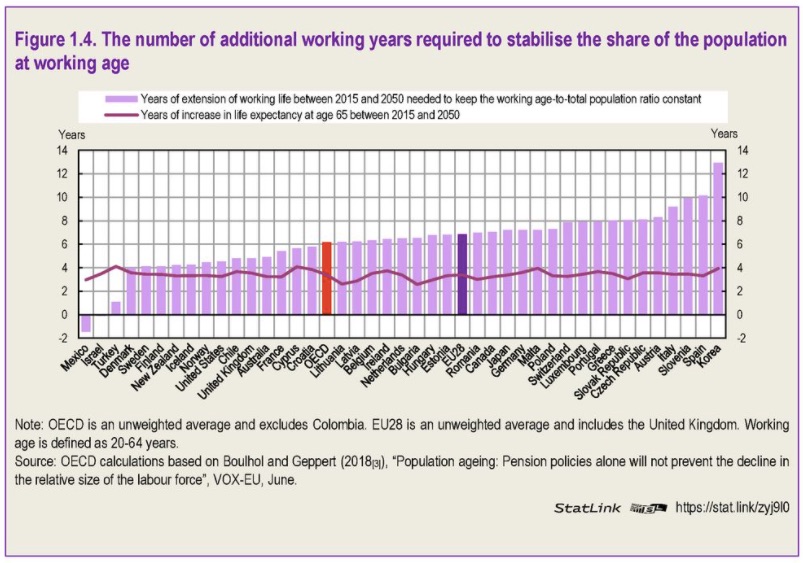 But as always, there is more to consider. The averages obscure the differences in life expectancy. They also fail to indicate the jobs that do and do not let people work into old age: 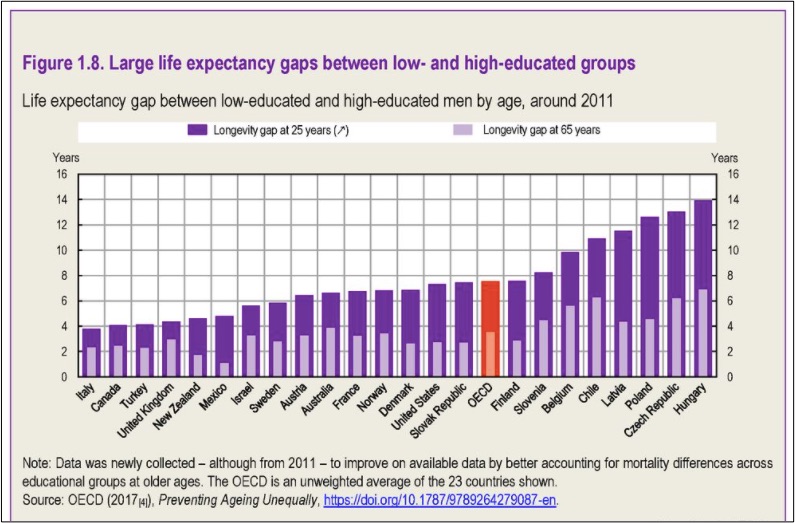 Our story continues with data that show the employment rates of older workers have been rising: 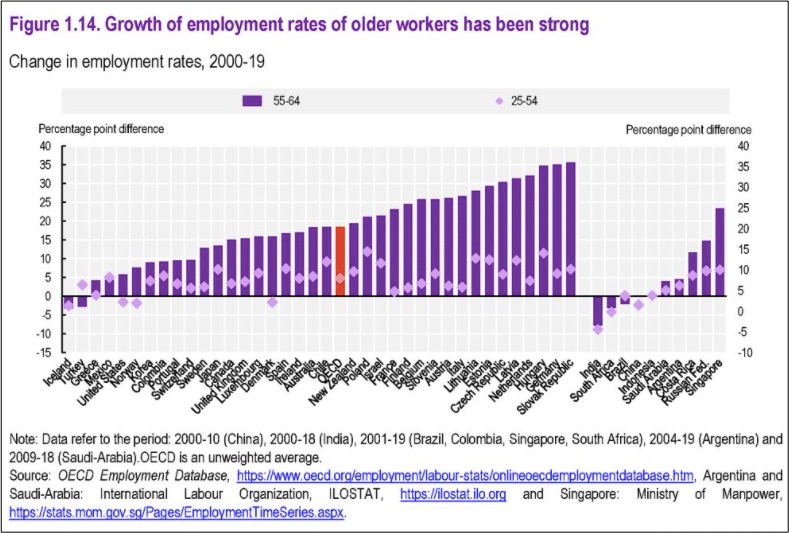 And the story ends with the possibility of economic growth: 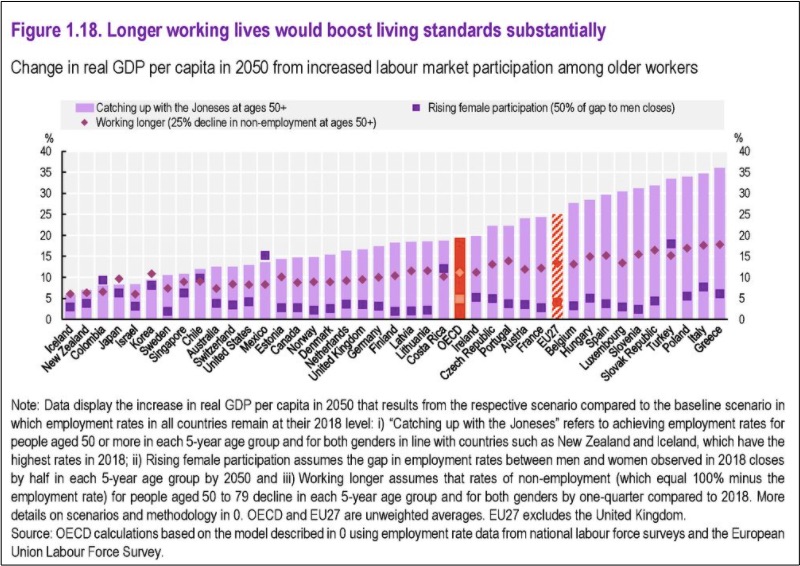 A traditional age dependency ratio compares the 65 and older population to people who are 15 to 64. Its purpose is to show who the labor force needs to support. It lets us know how much of a transfer we need from the young to the old.

Below, the St. Louis Fed displays the steep ascent of the U.S. dependency ratio. We have an increasingly larger aging population: 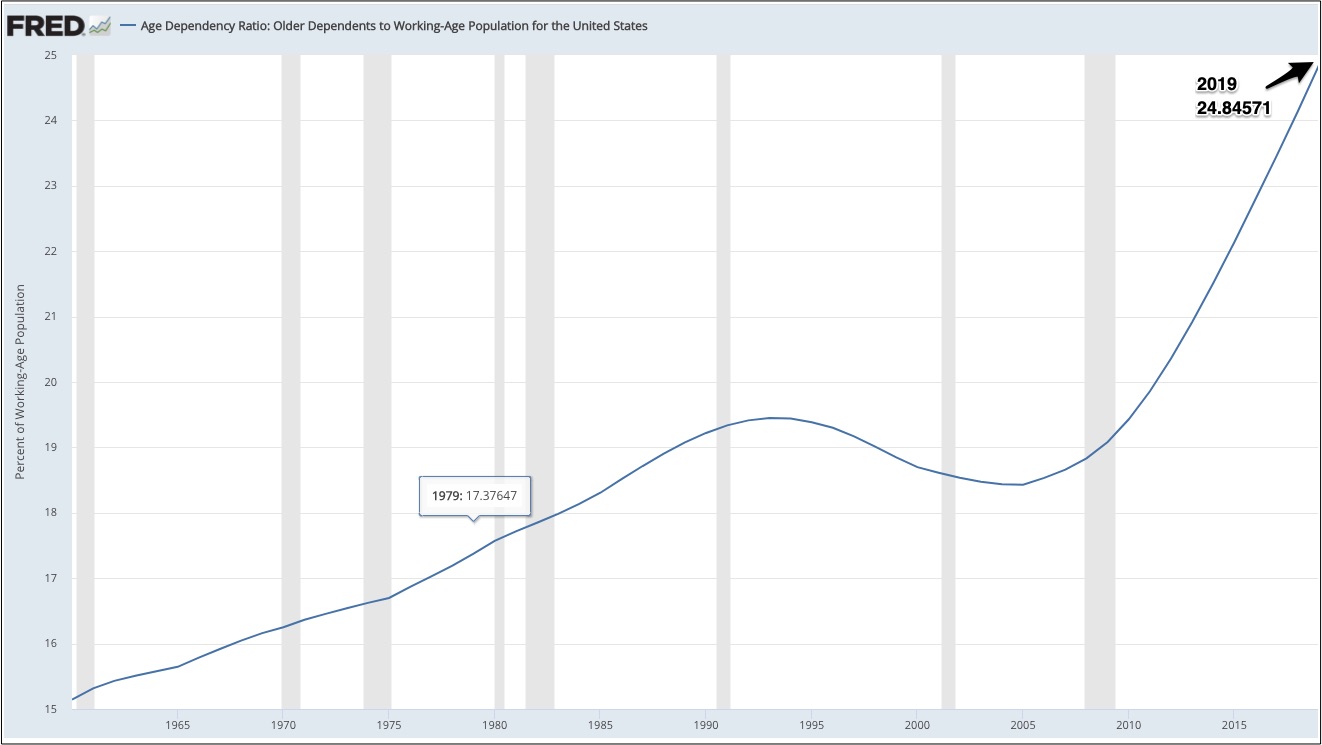 We can bring the dependency ratio down by expanding the number of years that we work.

The OECD report suggests which countries will be most successful. (The U.S is in the middle of all of the lists.): 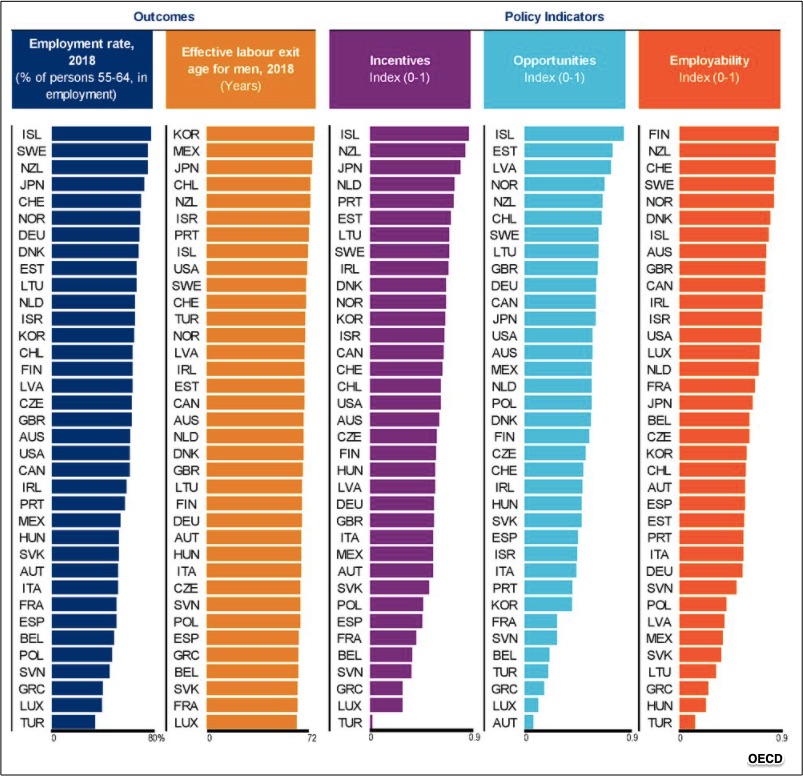 But maybe Santa has all of the answers.

From econlife, I send many good wishes for happy and heathy holidays!

My sources and more: Insure.com has list of Santa’s responsibilities (paired with a hypothetical wage rate). Meanwhile this OECD report was the source of most of my facts about our aging workforce. (Please note that our definition of the dependency ratio was in a past econlife.)

The Downside of Gift Giving