As a teacher and a night owl, I have wondered whether the school day should start later than 8 am. Now research is validating my concern.

The Wake up Call

The American Academy of Pediatrics suggests that an adolescent awaken no earlier than 8 am. But the average public high school start time (2011) is 7:59 am.

To show that 7:59 is too early, researchers took advantage of the time difference between east and west Florida. On the Eastern side of the line dividing the time zones, the sun rose at 7 am while on the Central side, the time was 6 am. 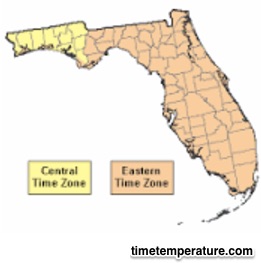 Students living on the east side had close to one hour less sunlight before school started than their peers in the Central zone. So the researchers gathered data on students who moved across the time zone line and then compared before and after scores. Their control group included movers who stayed within one time zone.

For adolescents, the extra sunlight appears to have made a difference. The reading and especially the math scores rose for 11 year old girls and 13 year old boys.

Why? It could just be that it was easier to get to school on time. Students would have attended more classes, learned more and achieved higher scores.

Instead though, the researchers thought that sleep deprivation data was more persuasive. Concluding that students in the Eastern time zone were sleep deprived, they suggested that a lack of sleep diminished their cognition. Meanwhile more sleep time for Central time zone adolescents could have elevated their learning capacity.

As a resource that fuels economic growth, human capital includes our education, entrepreneurial spirit and health. With U.S. economic growth at 1.2%, maybe we could boost it by giving adolescents a bit more sleep?

My sources and more: Always interesting and insightful, Timothy Taylor’s Conversable Economist alerted me to the debate about the start of the school day. Then, if you want to read more (as did I), this Brookings report and this paper were his sources. Meanwhile an earlier Brookings Report also suggests a later school start time.