Why a Super Bowl Ad Can Cost $5 Million

In 1981, Schlitz gambled with a live Super Bowl ad. Called the Great American Beer Test, 100 Michelob beer drinkers participated in a blind taste test. Schlitz got 50% of the vote.

Where are we going? To how firms try for product differentiation.

Saying it will present the first live Super Bowl commercial (but what about the 1981 contest??), Snickers has purchased the first ad slot in the third quarter. As a pre-game teaser, Snickers released this video:

While “hunger satisfaction” is reputedly how Snickers wants to brand its ad, below Ford has the “Go further” tagline. 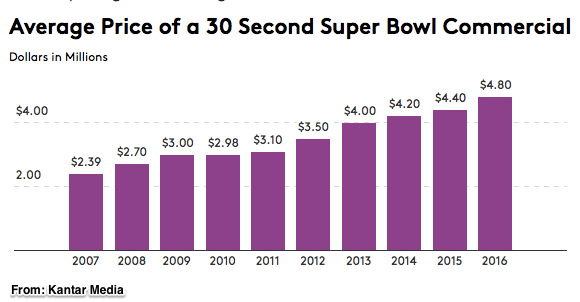 Looking back, we would see that Anheuser-Busch spent the most for Super Bowl ad time. As an industry though autos have the top spot: 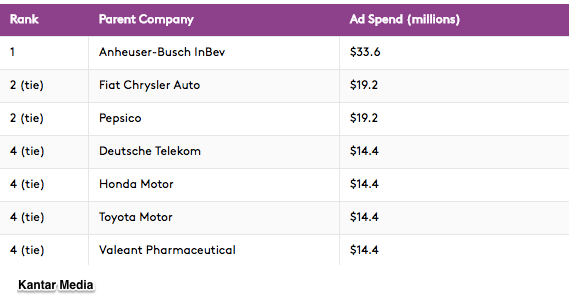 As a large firm that mass produces, has many customers and few competitors, an oligopoly needs to differentiate its product from everyone else. With its audience of more than 100 million, the Super Bowl is the perfect event.

As we move to the right along the following competitive market structure continuum, the power of the firm accelerates, market entry and exit become more difficult, and price competition is less likely.

My sources and more:  Always good for learning about Super Bowl advertisers, Kantar Media has the facts and the summary. Meanwhile, Bloomberg and NY Times articles have the 2017 up-to-date facts. and Adage had the Snickers story.

The Healthcare Incentives We Cannot Avoid

How a Caterpillar Changed a City