All You Could Ever Want to Know About the Subway Footlong

If you live in New York, the BMT is the Brooklyn Manhattan Transit system. However, to another group of Subway users, it means, “Biggest, Meatiest, Tastiest.” 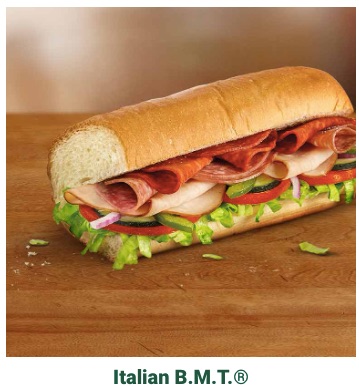 However, the name that stuck was the $5 footlong.

In 2004, a Florida Subway franchisee figured out that that a $5 footlong would boost business. It was catchy, simple, and cheap. Initially local, by 2008, the footlong was offered to the nation and sent revenue soaring: 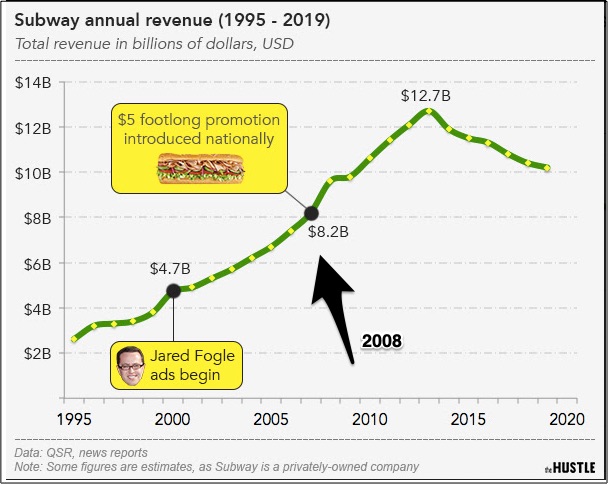 They just needed a catchy ad and the $5 price tag:

But it was not quite that simple.

Franchisees complained that the footlong cost increasingly more to make: 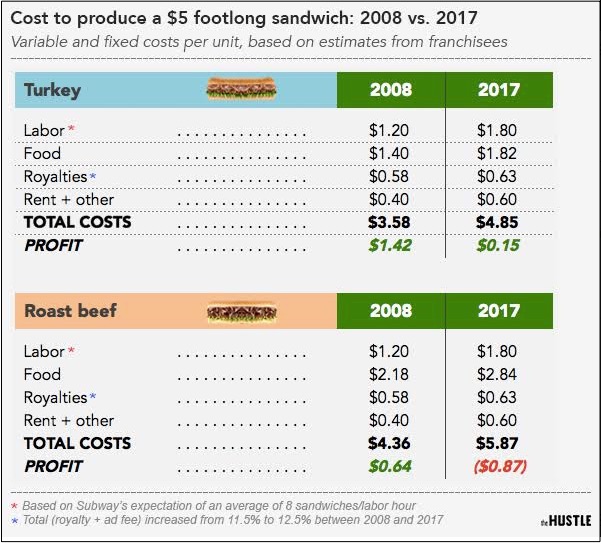 Responding that sometimes a frozen roll did not fully expand when heated, they even faced a lawsuit that claimed the footlong was missing an inch. It was eventually thrown out of court.

Today, in a crowded fast food market, a less expensive footlong remains available. Recently, I saw this offer at Subway’s website. (No, I did not buy one.):

Engaging in monopolistic competition, the Subway franchisee can enter the market more easily than others. However, in operation, a Subway outlet owes its parents a hefty royalty at 12.5 percent of sales: 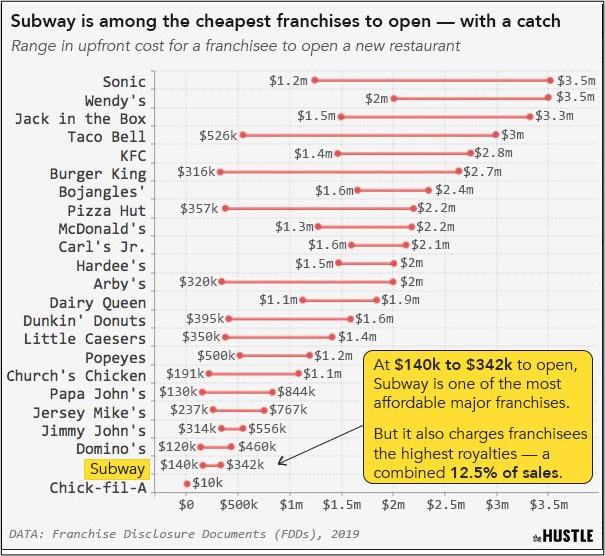 Below, occupying the left quadrant of the market structure scale, Subways are smaller franchises that can enter and exit the market with relative ease. When profitability shrinks, perhaps because of a costly footlong, firms leave. When the environment is more financially attractive, they enter. Their pricing power and business volume come from any way they can differentiate themselves:

So, in a monopolistically competitive market, a footlong, even when it’s 11 inches, can make a difference.

My sources and more: Thanks to the Hustle for its Subway history and an email that is always interesting. Then, for more detail, Vox is a possibility as is Reuters for the court case.

The Colors That We Care About