It’s not only the iPhone 12. The newest apples are the SnapDragon and RubyFrost.

Like all Apple products, they are the result of years of scientific research.

The “invention” of a new apple starts with breeding, continues with tasting, and ends with mass production. In between, different plants are pollinated and “parents” are selected. However, like children in one family differ, apple seeds from the same parents vary. So researchers grow lots of trees and test until the perfect apple “is born.”

And just like a factory-made Apple has a preconceived design, a farm-grown apple has an “eating profile.” For two new apples from Cornell University, that profile emphasized texture, taste, color, and disease resistance. First called NY1 and NY2, they are now SnapDragons and RubyFrosts.

This is their profile: 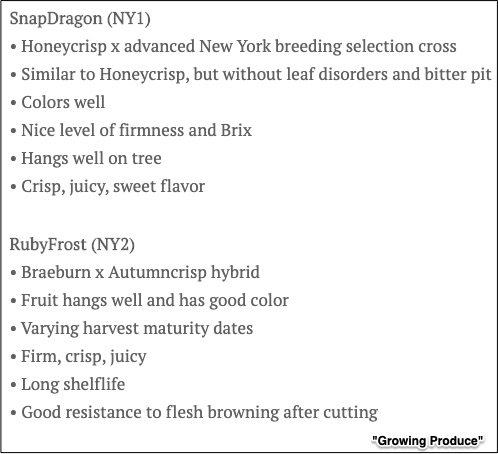 Because Cornell did the research and developed the apple, they own its patents and trademarks. In return for providing young trees and supply management, Cornell receives a licensing fee from growers for every acre they plant. Cornell also gets a slice of the revenue from every bushel that is sold.

One of the growers is Crist Bros Orchards, a 700-acre New York farm that produces 75 million apples a year. Convinced that the new apples are winners, they’ve planted 20 percent of their acreage with SnapDragon and RubyFrost apples. 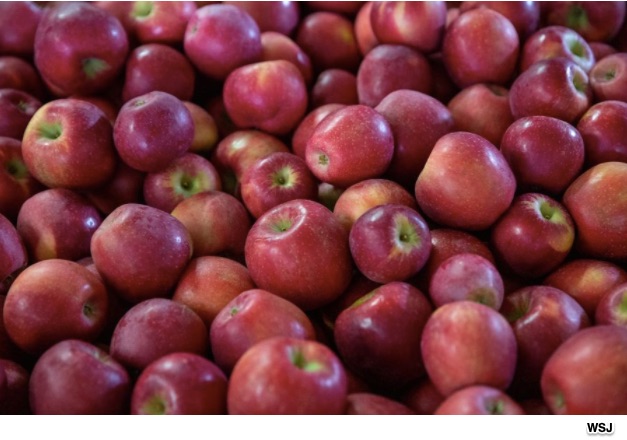 More than an apple, the Crist Bros Orchards are growing a brand.

Traditionally a product of perfect competition, the apple had many farmers who produced identical fruit. As a result, the market determined the price. But then, apples got names that differentiated them.

Knowing that we will pay more for an apple that we like, the growers sought to develop, name, and brand new varieties. Recently, the Honeycrisp has been called one of the most successful because its distinctive flavor and texture enable growers to charge a high price. The Honeycrisp and now the SnapDragon and RubyFrost are the result of product differentiation. Otherwise every apple would just be an apple.

Below, I’ve positioned the SnapDragon in a monopolistically competitive market. Combining monopoly and competition, monopolistic competition is characterized by products that are unique but also similar to each other. Their unique characteristics give sellers more pricing heft:

Indeed, whether looking at apples with bites or bytes, we can find producers that want more market power though a unique identity.

My sources and more: Because a new apple is news in New York State, the media covers it. Syracuse.com took a look as did Growing Produce, The Counter, and WSJ.

Our featured image is from Pixabay. Please note also that several of today’s sentences were in a previously published econlife post.