What Paternity Leave Can Do to Dads

Having made it easier to be a dad, we could expect that men wanted more children. Not necessarily.

Paternity leave is much more than several weeks at home with the kids. The couples that participated in Spain’s paternity leave program waited longer or were less likely to have another child, especially if the woman was older than 30. At 7% to 15%, the uptick in birth spacing was statistically significant.

However, the men and women had different reasons. The men appeared to have wanted fewer children because the family required more of their time and energy. As for the women, if paternity leave freed them to work longer hours outside the home, they could have preferred fewer kids. However, we also had the women who wanted more children because their husbands did more fathering.

After 2007, a higher percent of dads took leave: 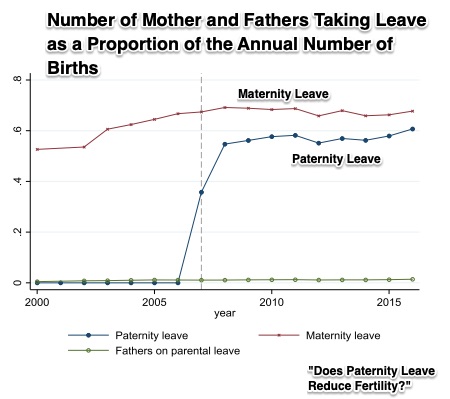 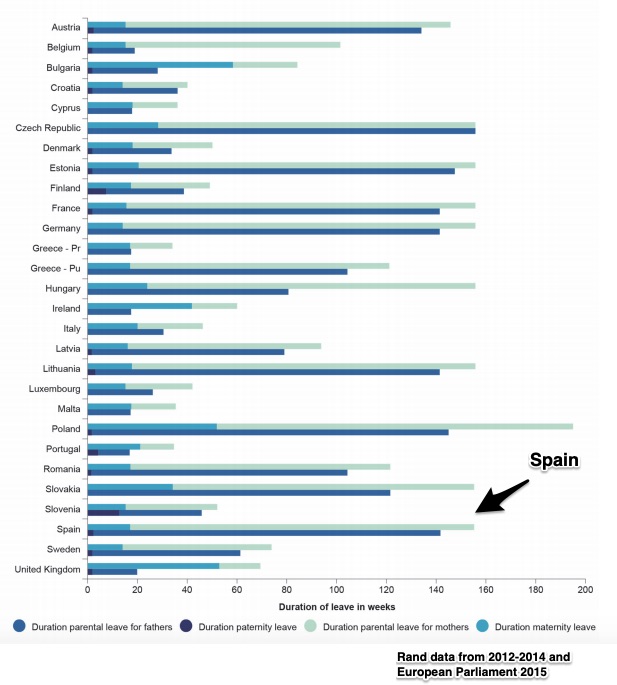 The opportunity cost of a decision is the next best alternative that is sacrificed.

In Spain, paternity leave changed a dad’s opportunity cost for having children. Now kids “cost” him additional leisure and sleep time. That high cost could have made him say no to the next child. Then, if the mom had the incentive to work longer hours outside the home, a subsequent child becomes more “expensive” for her too if she takes maternity leave. (Or perhaps, less expensive if the dad does more for the children.)

We should note that the researchers warned us that studies from other countries had different results. They also were concerned that their data could have been influenced by the Great Recession.

So, where are we? We said initially that paternity leave seemed to have made it easier for men to be dads. But maybe it made it more difficult?

My sources and more: Always good for something interesting, Quartz alerted me to the paternity story. From there, I went to the original paper on which the article was based. Meanwhile, a Rand study conveyed additional outcomes as did this Fast Company discussion.