The Cost of a Weather Warning

Usually at econlife, we’ve considered the GDP impact of disasters. Instead, today, let’s focus on storm preparation and opportunity cost. Defined as the next best alternative, the opportunity cost of a decision is what you did not do. Thinking of storm preparation, (anecdotally) our record is not great. The best example is Hurricane Katrina. Because a Category 5 storm was unlikely, advance preparation was inadequate.

Somewhat similarly, but during a much briefer time span, tornado preparation has a cost.

Referring to the cost of a tornado, we usually mean the devastating losses after it occurs. However, a tornado warning also has an opportunity cost. When the sirens blare or the text arrives, we stop what we are doing and head for shelter. Because the National Weather Service was concerned with the disruption, in 2007, it shrunk the warning area by switching from county-based alerts to a storm basis. One economist calculated that the change reduced the opportunity cost of the warning by 56 percent. In other words, it diminished how much we stopped doing.

Knowing that a tornado strikes a warned area 30 percent of the time, researchers have developed another approach. Instead, they are experimenting with telling us probabilities. Called FACETS (Forecasting a Continuum of Environmental Threats), people in a threatened area are told the likelihood that a tornado will occur. The new system assumes that people will only stop what they are doing when the likelihood is high enough.

And, it appears to work.

We know that a survey might not be as accurate as the real thing. But still, it makes sense that a sequence of data will diminish false alarms and hopefully save lives. It will reduce what we sacrifice when we think a tornado is approaching.

In a 2021 update, NOAA looked at the weather and climate disasters whose cost exceeded $1 billion. As of October 8, there have been 18: 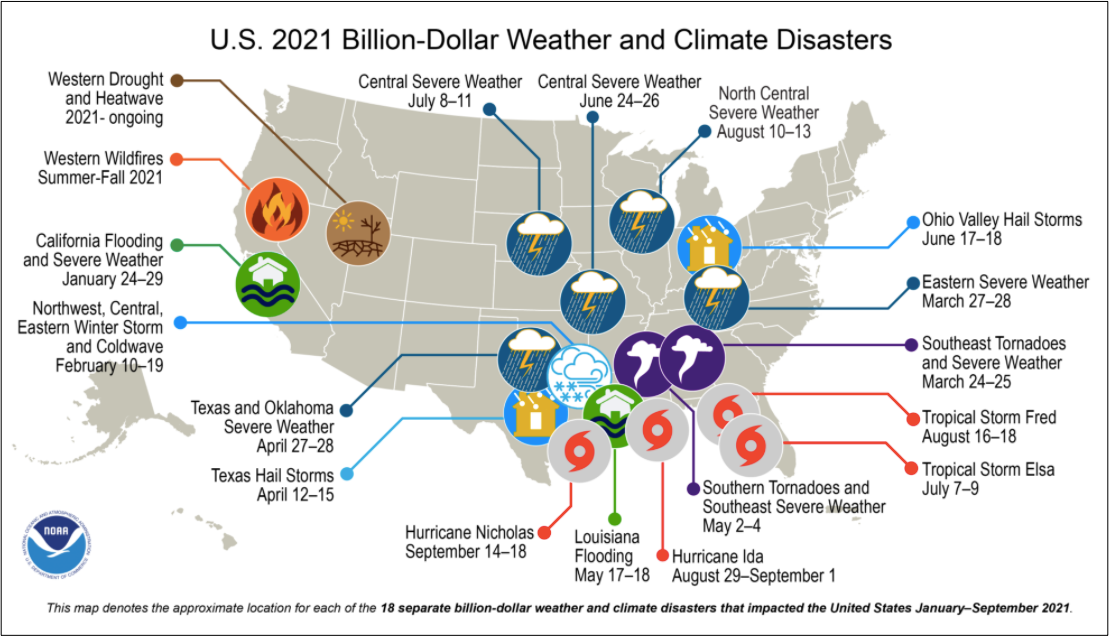 Below, you can compare when, how much, and what kind. I suspect that last week’s tornadoes will push 2021 to the top: 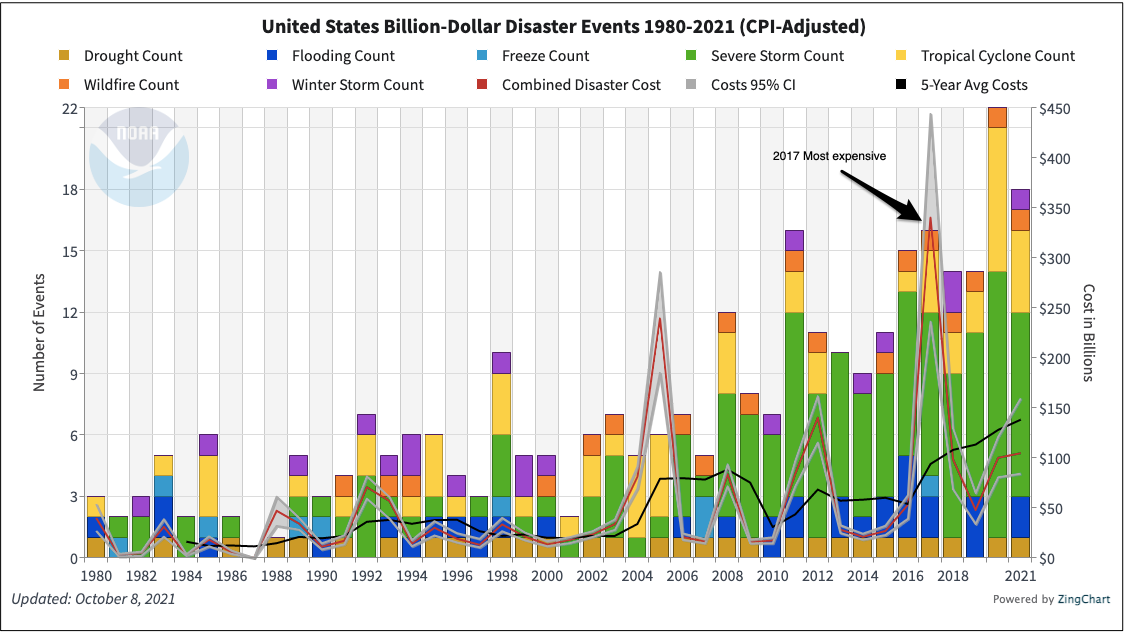 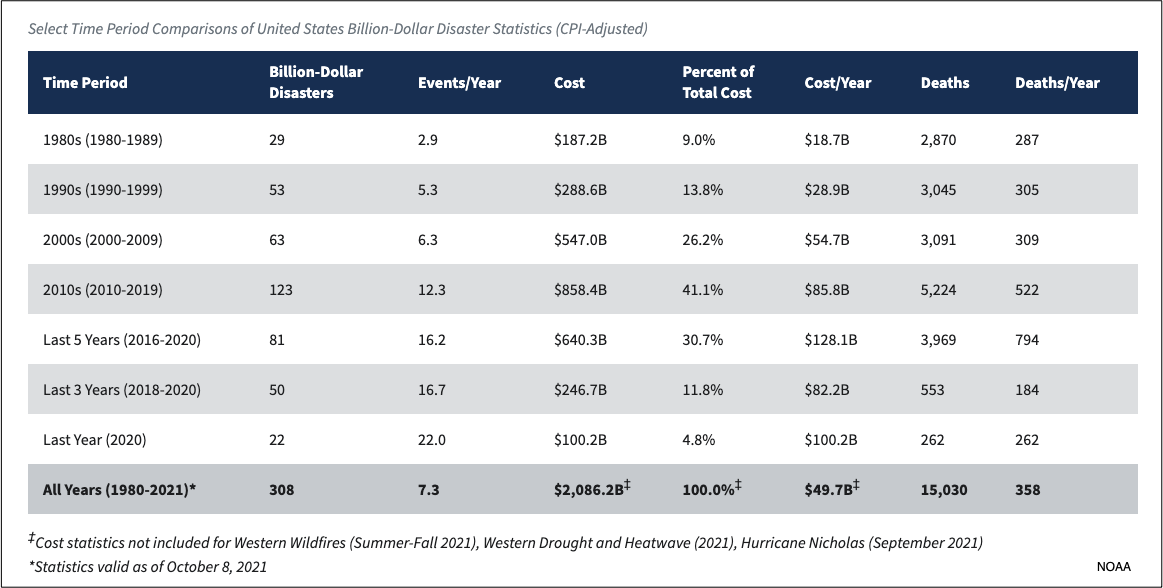 Returning to where we began, we can ask if we need better warnings because of our worry about the weather.

My sources and more: Good for weather and climate disaster information, NOAA had the up-to-date facts. Next, The Washington Post told the new warning system that could be used for tornados. After that, if you want even more, including the statistical value of a life, do return to this 2019 econlife post. And finally for all you could ever want to know about weather and climate disaster cost and frequency, this blog is amazing. (Rather interestingly, the author for this link is Adam Smith.)

What Democracy Did To a Goat

How the Pandemic Changed the Birth Rate