A headline in the Brooklyn Eagle asks us to imagine a New York where most of the streets are named for women. As they describe their alternative world, we could have Barbra Streisand Lane and Ethel Merman Boulevard. Female names would be the norm.

In “City of Women 2.0,” you can see what they were contemplating : 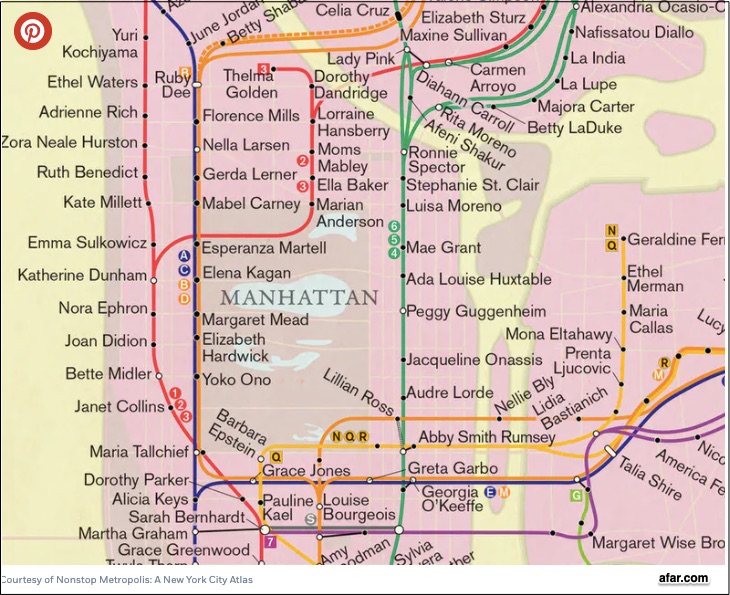 Instead though, in most cities, it is the men who are everywhere.

Each of these men (and countless others) has a New York City street named after him:

According to a 2015 report, an average of just 27.5 percent of all streets in six major cities–London, San Francisco. Mumbai, New Delhi, Chennai, and Bangalore–had female names.  More recent data for Paris and Brussels tell a similar story.

Shown by the blue lines as quite sparse, Paris was at six percent: 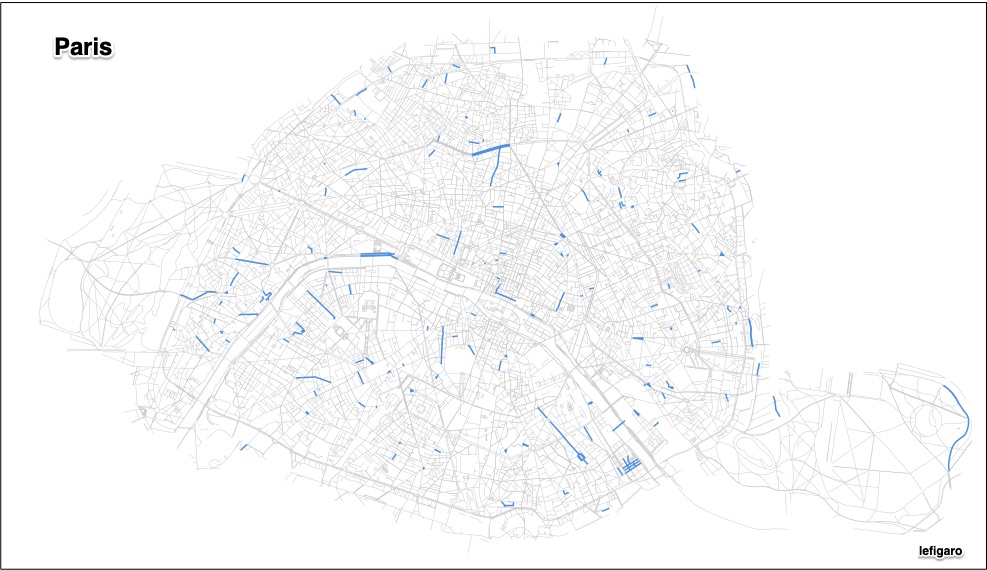 In this map of Brussels from the “Towards Equal Street Names” project, the purple identifies the female names and the yellow, the men. Combined we wind up with the women at 6.1 percent: 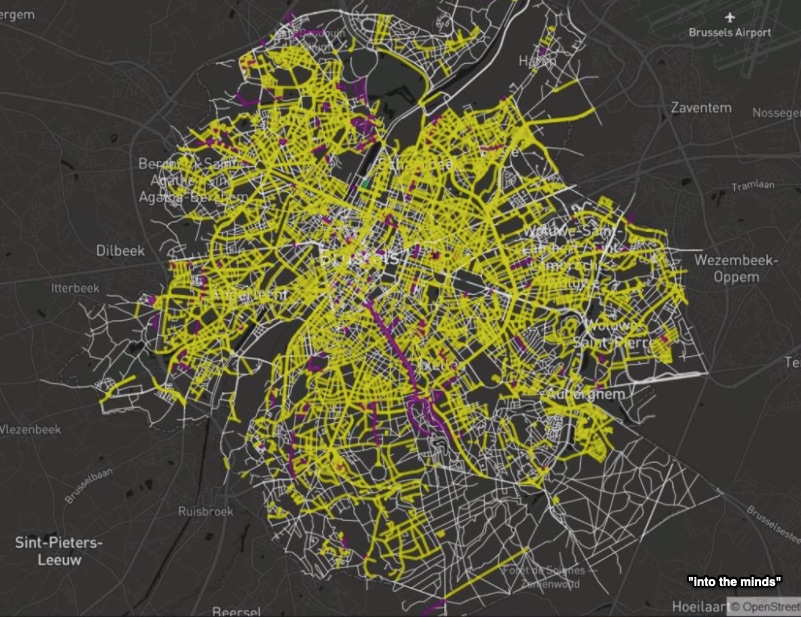 Whether it’s the streets, the buildings, or the monuments, names disadvantage women. Asking why, a behavioral economist (and plain old logic) would say that our policies were the result of their “choice architecture.” In other words, our decisions reflect the environment in which we make them. They are shaped by the incentives that nudge public works departments and city councils. They depend on the people that populate them.

I would suggest that when public policy and product design are dominated by men, then the choices they make reflect their own life experience. Male dominated choice architecture leads to the gender inequity that dominates far more than street signs.

My sources and more: Yesterday, a Business Daily podcast from the BBC started me thinking about feminist cities. It related to a past econlife post on Sweden’s snow removal and also to street names. From there, the possibilities multiplied. For NYC, the Brooklyn Eagle had the “City of Women” map and Culture Trip looked at street names. Then City Lab presented the bigger picture,  Streets took me to Barcelona’s feminist tilt while this article was about Brussels and lefigaro looked at Paris. And finally, I don’t want to conclude without again referring to Invisible Women: Data Bias in a World Built By Men by Caroline Criado Perez. The book is excellent.

Why 12 Bottles of Bordeaux Were on the International Space Station