Why 12 Bottles of Bordeaux Were on the International Space Station

Although alcohol consumption is prohibited on the International Space Station, the astronauts had the most amazing bottles of wine within tasting distance. Had they been purchased on earth, each of the bottles would have cost close to $6,000.

Instead, the wine was in space for an economic reason.

On Wednesday, January 13, 2021, the SpaceX Cargo Dragon completed a round trip drop-off and pick-up at the International Space Station (ISS). After splashdown in the Atlantic near Florida, they unloaded cargo that included 12 bottles of Bordeaux and 320 grape vine snippets.

The wine was then flown to France where researchers would determine the impact of 14 months in space at 18° C (64.4° F). At the University of Bordeaux, scientists wanted to see how radiation and microgravity affected the wine’s color, chemistry, and taste. They got some answers during their first taste tests. Comparing the ISS wine to a control group, the first tests revealed milder tannins and more floral aromatics. The ISS wine also seemed “more evolved.”

Below, you can see the tasting preparations: 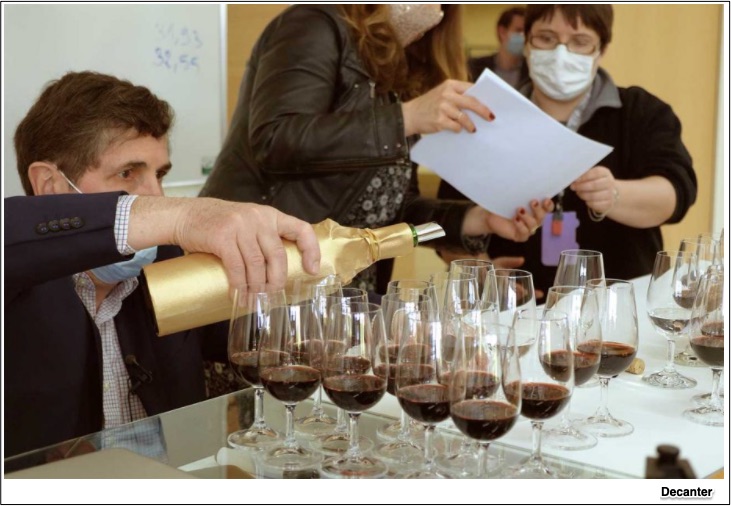 Somewhat similarly, the goal for the 320 snippets of Merlot and Cabernet Sauvignon grapevines was to see how they responded to the stress of microgravity and radiation. By placing them in a harsher environment, scientists hoped they would become more resilient. Then, on earth, the plants would have the genes they needed for climate change.

Defined as the impact of an agreement on an uninvolved third party, a positive externality reflects ripples of something good. Vaccines create positive externalities because their recipients keep unknowing individuals disease free. So too does mowing a lawn when it nudges up nearby home prices.

Citing positive externalities, a behavioral economist would say that a Bordeaux wine and grape vine snippets were in space for an economic reason. Because of their visit to the ISS, we can help our food supply adjust to global warming.

My sources and more: When the Bordeaux returned from the space station, a slew of media covered the event. The Smithsonian and the AP described the space station wine test. Then, in a blog and their Explainer, NASA had more detail. However, Decanter, here, here, and here was best for its wine description. And finally, Wired.perfectly conveyed the significance of the grape vine experiments. (Please note that parts of “Our Bottom Line” were in a previous econlife post.)