Several weeks ago, we looked at how five letters or the Nike Swoosh could describe the shape of the U.S. economic recovery: 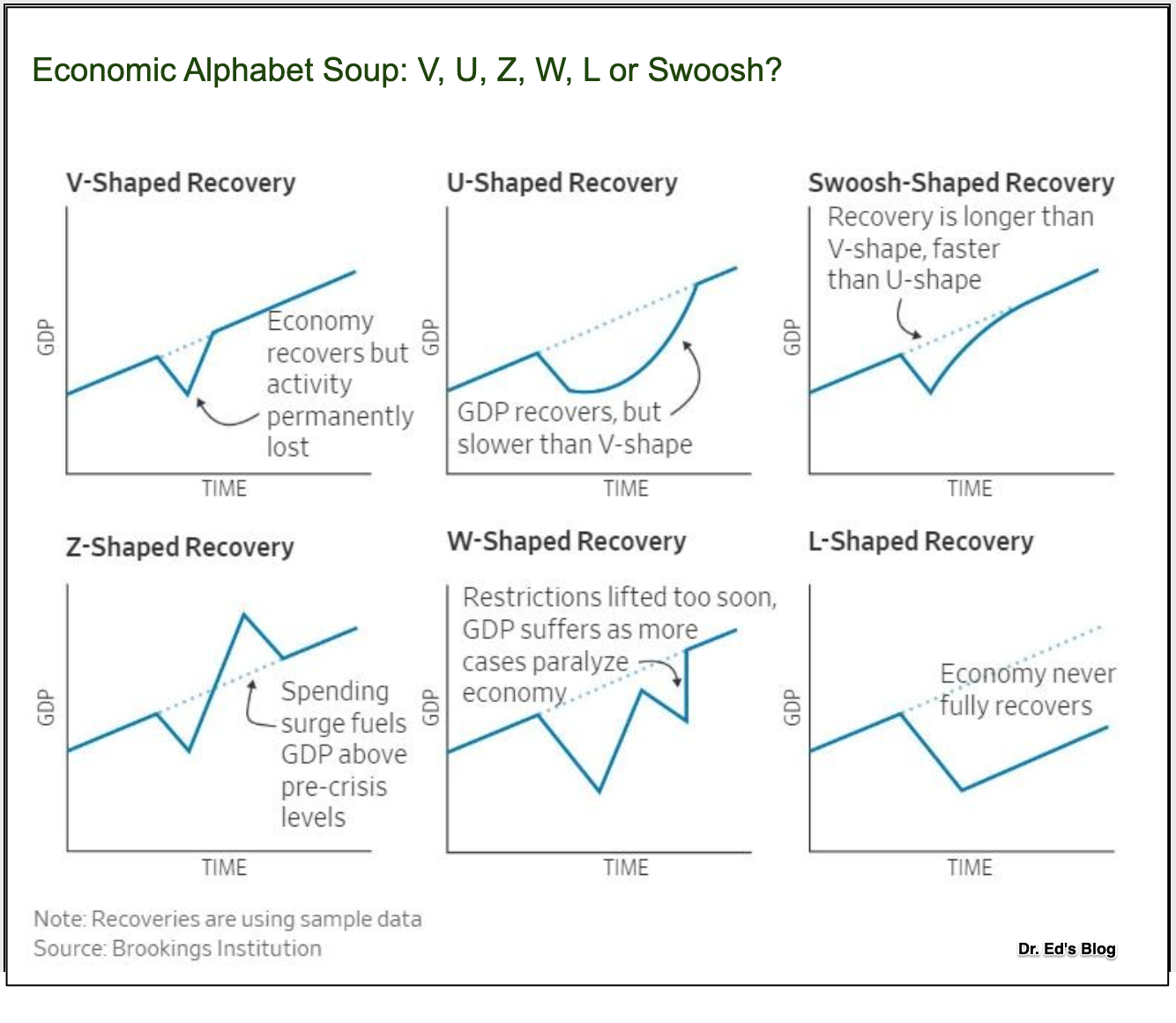 When researchers from Opportunity Insights took a look at real time data on spending and jobs, they wound up seeing the massive economic dichotomy that the pandemic created.

We know that consumers are spending much less. Upper quartile households cut their spending by 17 percent while those in the lowest quartile cut back by 4 percent. The key though was why. With stock market indices soaring, home values rising, and college educated consumers able to work from home, upper income households were faring fine. They were shopping less because of safety considerations–not the lack of income that constrained the lower quartiles.

Millions of credit and debit card transactions indicated that people were spending less in wealthier neighborhoods. At businesses that involved person-to-person contact, lower income employees lost their paychecks. The result was an employment dichotomy between rich and poor, and white and minority, that has created a “K” recovery with one group up and the other still down.

Below you can see that $32/hour jobs dropped less and returned more than those paying less. It sort of looked like the “K” that I tried to illustrate with my arrows: 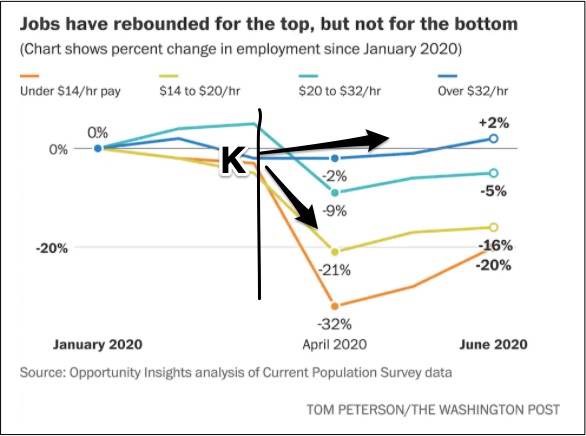 CARES Act stimulus checks helped to restore spending. But because small businesses in affluent areas minimally benefited from the cash infusion, their low income employees remained vulnerable. The facts suggest that social insurance rather than a reopening mandate is what households need until consumers feel safe.

As economists, we can look at the coronavirus impact through a GDP component lens. Among the GDP’s four components, personal consumption expenditures best displays the impact of the coronavirus pandemic: 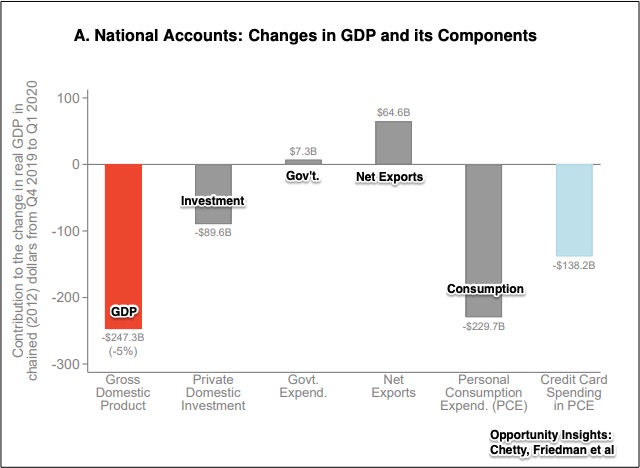 My sources and more: The Washington Post has the explanation of the “K” recovery as did AXIOS. However, this paper from the Raj Chetty/John Friedman group at Opportunity Insights had a vastly wonderful array of facts and even business activity maps for NYC and beyond.

The Reason We Weren't Ready For the Pandemic

What the Pandemic Does to the Phase One Trade Deal