Why Purell is More Than a Hand Sanitizer

When a mom and pop company developed an alcohol-based hand sanitizer, we did not know we needed it. But most entrepreneurs have a similar experience. They just have to convince us that we really want what they invent.

Purell’s creators had to be patient. Their first hand wash product was sold during the late 1940s. When Goldie Lippman was employed by a rubber factory during WW II, she saw the severe skin irritation that workers developed from their benzene hand cleaner. Deciding there had to be a better way, she and her husband Jerry made a gentler recipe.

Their company, GOJO (sort of Goldie and and Jerry combined?), started with a hand cleaner for auto mechanics that was packaged in recycled pickle bottles. But it was not until 1988 that they made an alcohol gel that killed germs. Ten years later, they patented its name, Purell.

The supermarket chain, Wegmans, was a first major client with dispensers positioned for employees and shoppers. But then, state regulators said it could not replace the law’s soap and water mandate. The army came next and reduced gastrointestinal and respiratory illnesses by approximately 45 percent. After that, hospitals realized that Purell could kill germs and eliminate the hassle of washing at a sink.

Fast forward to March 13, 2020, and you know what happens. Hand sanitizer shortages escalate to unimaginable heights.

Economist Joseph Schumpeter (1883-1950) suggested that entrepreneurs do more than start businesses. They are innovators that fuel economic growth by replacing obsolete industries. So yes, Purell’s founders were entrepreneurs. Developing an entire product category, they moved beyond a hand wash. They created a sanitizer with a good smell and a pleasing consistency. They designed a dispenser that controlled portions.

Speaking as an entrepreneur, Apple’s founder, Steve Jobs, once said that, “Our job is to figure out what they’re going to want before they do. I think Henry Ford once said, ‘If I’d ask customers what they wanted, they would’ve told me a faster horse.’ People don’t know what they want until you show it to them.”

Jerry and Goldie Lippman did much more than start a business. The Lippmans created a good before we knew we needed it. And then we did. 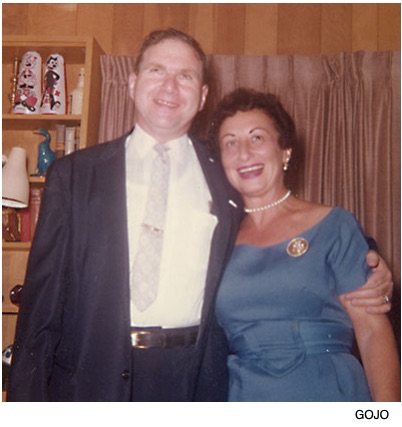 My sources and more:The new Slate podcast, “Thrills of Modern Capitalism” has some good stories, including the history of Purell. From there, it got better. I discovered a wonderful 2013 David Owen New Yorker Magazine article.  And then, Vanity Fair had the 2020 update. Finally, for more on Schumpeter, do go here and here.

Our Weekly Economic News Roundup: From Food Takeout to a Rocket Takeoff