How Chargers and Railroad Tracks are Similar

The European Union is proposing a common charger for most digital devices.

But It might not work out as they expect: 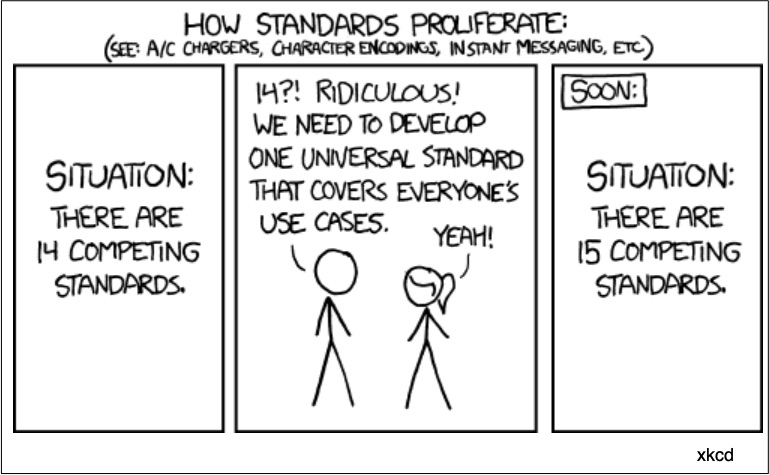 In June 2009, knowing there were 30 being sold, the EU requested industry acceptance of a common charger. They got 10 companies, including Apple, Samsung, and Nokia– to agree, and, at the end of 2010, finally issued the Micro-USB standard design. The EU expected the shared technology would be predominant in 2012. When the deal expired in 2014, it was not,

Now they are trying again.

Their reasons include consumer inconvenience and environmental waste. Consumers would need to own just one charger that they could buy separately. As for the environment, the EU points to the estimated 51,000 metric tons of garbage that chargers create each year. With fewer chargers, we have less wasteful duplication.

Responding, Apple expressed a resounding objection. It had its own lightning charger while its competitors use a USB related device. Apple said the mandate would freeze innovation.

The upside though is that the proposal might expedite Apple’s wireless charger development. Then the EU would be perpetuating an obsolete technology.

Similar and yet different, the common charger debate takes us back to 19th century railroad track. The two situations are alike because of the lack of standardization. At first, during the 19th century, railroads that served one locality could have their own gauge width. Not being connected to a network, their tracks didn’t have to be like anyone else’s.

So, the sizes proliferated: 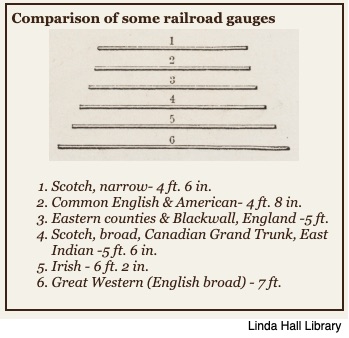 Soon though networks formed, railroads traveled across regions, and rivals needed duplicate track that fit their own trains. States had their own mandates. The Ohio legislature selected a 4 foot 10 inch gauge while trains in California traveled on track with a 5 foot gauge. By the 1870s. the U.S. had more than 20 different track gauges. At the time, someone even designed a railroad car with sliding wheels that adjusted to track width.

Eventually, standardization was dictated by practicality. The government never mandated it nationally. After some railroads coordinated and others voluntarily adjusted, it just happened.

Standardization minimizes friction. In physics, friction slows movement. In economics it slows transactions. With railroad gauge standardization, you had less friction. Goods and people could move more smoothly across the nation. Because the railroads benefited from less friction, they diminished it by selecting a common gauge for their tracks.

With a charger, I don’t see the same friction problem. I suspect EU regulation could only help the less inventive companies and harm those ready to innovate. Your opinion?

My sources and more: The current EU mandate was described in The Hill, and the NY Times while the past 2009 agreement is here and here. Next, do read the railroad track story and come to your own conclusion about whether chargers and railroad tracks are similar.