Why a Lifetime Pasta Pass is About More Than Spaghetti

It’s too late to even try.

Last week, the Olive Garden offered us Never Ending Pasta Passes that sold in an instant.

This was the deal…

On Thursday, August 15, at 2 PM, within seconds, 24,000 people each snagged a $100 Olive Garden Never Ending Pasta Pass. Usable from September 23 to November 24, they were good for unlimited pasta, sauces, toppings, soup or salad, and bread sticks.

But here it gets even better.

For an extra $400, anyone with the Never Ending Pasta Pass could try to upgrade to the Lifetime Pasta Pass. It appears that 85% of those who were eligible gave it a try. The lucky 50 who won found out the next day.

The winner of the 2014 Never Ending Pasta Pass ate every meal at Olive Garden. For 115 consecutive meals, he mostly ordered linguine, breadsticks, Alfredo Sauce, and meatballs. At the end, talking about pasta, he explained that “…you’d rather eat your shoe.” Still, since then, the restaurant chain has been sending him free passes…

And showing us that it knows how to think economically.

Alfred Marshall’s (1842-1924) insight about the margin can help us understand our behavior at a parking garage and at Olive Garden. 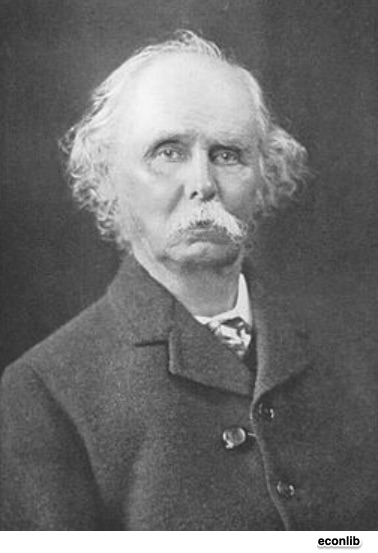 Assume for a moment you need access to a parking space near where you work. You can purchase a monthly pass that lets you occupy a space as many times as you want for 30 days. Or, you can pay for a spot every time you go to your job.

The deal you select determines your incentives. With the monthly, it is likely you will go to work more frequently. However, with the daily, you do not because you pay for each visit.

Alfred Marshall was the first economist to look at the significance of the margin. Defined as where you start to use extra, the margin determines your incentives. With the monthly package you pay nothing extra (nothing at the margin) until the month ends. But when your margin is at each extra visit, you have less incentive to drive to work.

Similarly, Olive Garden transformed the cost at the margin. Having paid $100 for nine weeks of food, diners think less about that extra plateful and that extra visit. Meanwhile on the supply side, Olive Garden is surely considering where to constrain extra consumption. Their FAQ for example, says no take-out, no online orders, and a photo ID is required.

So, how is a lifetime pass about more than spaghetti? It’s really about thinking at the margin.

My sources and more: The WSJ  “Overheard” column reminded me it was time to return to the Olive Garden’s Pasta Passes. From there, Delish told me more about the promo. and Yahoo Finance described the sell out. You might also want to ponder (as did I) this story from American Airlines.

Please note that parts of “Our Bottom Line” were in a previous econlife post and our featured image is from Pixabay.