Looking at women in the 100 top grossing films of 2018, we could say that the glass is half full and half empty.

Women in Movies: Half Full 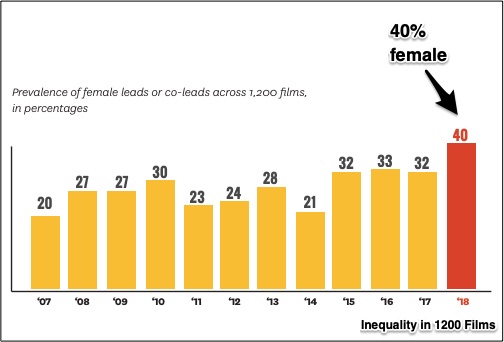 2. The numbers are up. Moving from four to eleven among underrepresented racial and ethic groups of women, films display more diversity. Similarly, in the top 100 films, there were eleven women who were 45 years or older while in 2017 there were 5. 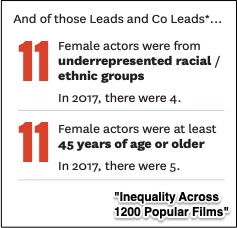 Women in Movies: Half Empty

3. However, when women’s leadership roles are compared to men’s, they display a vast power divide. The numbers indicate that professional and political leadership positions were dominated by men: 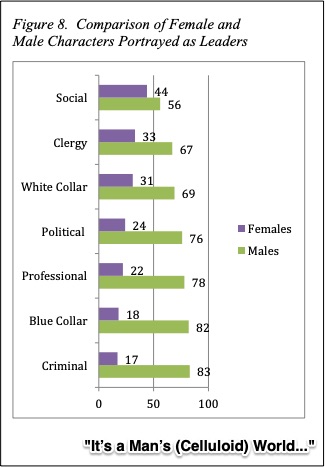 3. Much less than men, females represented 35% of all speaking characters: 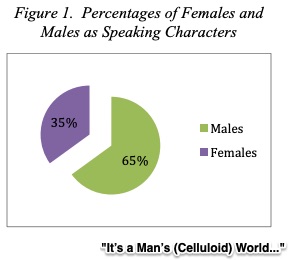 4. In the movies, women tend to be younger. The percents below show the proportion of all roles that are a certain age for each gender. For example, in 29% of all female roles, the person is in her 20s. With men, it’s only 11%: 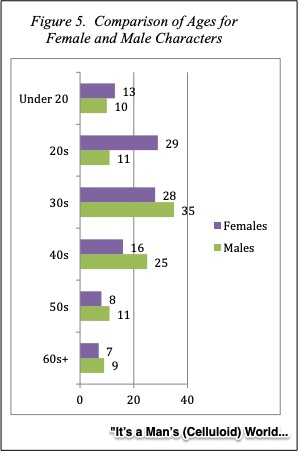 5. Looking back, we see that women in leading/co-leading roles have been in a minority of films from the major distributors. (I added the percents.):

6. The glass becomes even emptier when we note that 51% of the population and 50% of all ticket buyers are women.

Citing her concern, a behavioral economist would go straight to our expectations bias. Stated very simply, an expectations bias connects what we are used to seeing with what we think we will see. It can shape how we act and what we accept as normal.

Consequently, the movies could be creating self-fulfilling prophecies when their numbers say that men tend to be professional and political leaders. And they are reinforcing the impression that men occupy a dominant role as speakers.

So yes, a woman’s role in a movie matters.

My sources and more: My go-to for women in the movies, Annenberg’s Stacy Smith had this 2019 research brief while Variety had the summary. After that, I do recommend looking at a second study for a less upbeat view.and the paper from San Diego State University on which it was based. Finally, you might enjoy (as did I) skimming through Buzzfeed’s examples of movies with leading women.

Why a Lifetime Pasta Pass is About More Than Spaghetti