San Francisco has a lot of departures and arrivals.

Between 2010 and 2014, 60,000 people left San Francisco and 60,000 moved in. The main source of demographic data between the big census years, the American Community survey tells us that San Francisco’s newcomers tended to be more educated, white, Asian, and younger. Meanwhile, those who left were more typically older, and Hispanic or African American. They also were less likely to have completed any higher education. 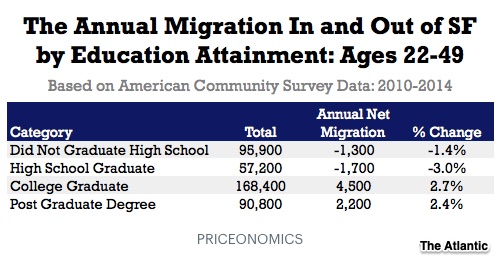 Where are we going? To how census information shapes our spending.

We’ve been measuring the U.S. population every 10 years since 1790. Mandated by the Constitution, its basic purpose is allocating seats in the House of Representatives. However, we could say that the census is also an economic document.

Whereas the stated goal for the 2020 decennial census is population and housing data, that is only the beginning. From there, federal agencies can determine how an estimated $675 billion will be allocated. They just need the data to identify their target communities. Meanwhile, even small businesses can decide where to locate and how to invest.

At the same time, fiscal spending decisions depend on accurate census facts.

In a recent paper, a George Washington University professor looked at five programs that would be affected by undercounts. For Medicaid, he concluded that a mistaken count substantially shifts where funding goes. If the census were to undercount Medicaid recipients by 5.8%, then reimbursement to Texas (based on 2015 figures) would plunge by an estimated $378.3 million, 18% of Texas’s total payback.

These were his numbers: 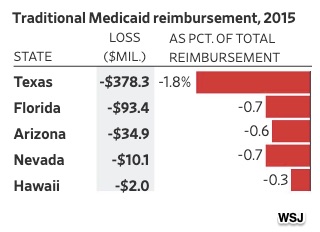 The big worry for the 2020 census takers is accuracy. Looking back at 2010, they tell us that they undercounted renters, the black population, Hispanics, and children under five years old.

Looking ahead, they cite the following problems: 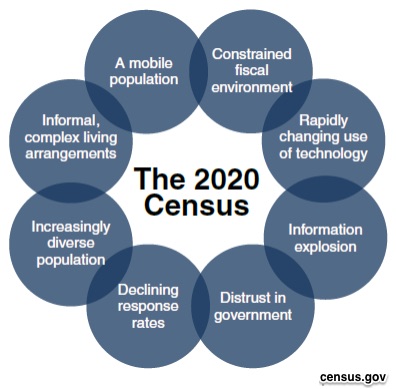 So, whether looking at San Francisco, a supermarket chain, or the federal government, we see why we should care about the census (and its accuracy).

My sources and more: To inject a sea of data with meaning, I highly recommend this Atlantic article about San Francisco’s demography. Next, you might look at the WSJ numbers person and this perfect link for much more. And of course, do go to census.gov, here and here.

Our featured image is from NASA while several of today’s sections were previously published in last year’s post on the census.

What a Car Seat Says About Trade