It’s not tough to guess why. It gave us all one more reason to drive an EV that would reduce global warming.

The Results of Electric Vehicle Subsidies

Like my school, national, state, and local governments want to encourage us to buy EVs. The federal government has tried to entice us with with income tax credits that range from $2500 to $7500. At the state and local levels, some municipalities offer HOV lane privileges, tax rebates, and parking privileges as perks.

In a new paper, researchers asked if the incentives created the right nudges. Their answer was not necessarily. They concluded that many of the households that received a tax credit would have made the purchase without it. In addition, the cars that those households had been driving or would have driven in place of the purchase weren’t egregious gas guzzlers.

Though not their focus, they also noted that a state’s form of power generation was a consideration. Because California has clean power generation and many people who were driving gas powered vehicles, EVs have an environmental impact. However, since the opposite is true for North Dakota, so too are the results. 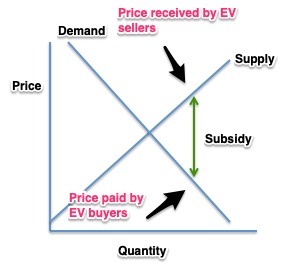 But for EVs, it is a bit different.

This chart shows the second choices by fuel type of car buyers. You can see the greener choices from the PHEV and BEV buyers: 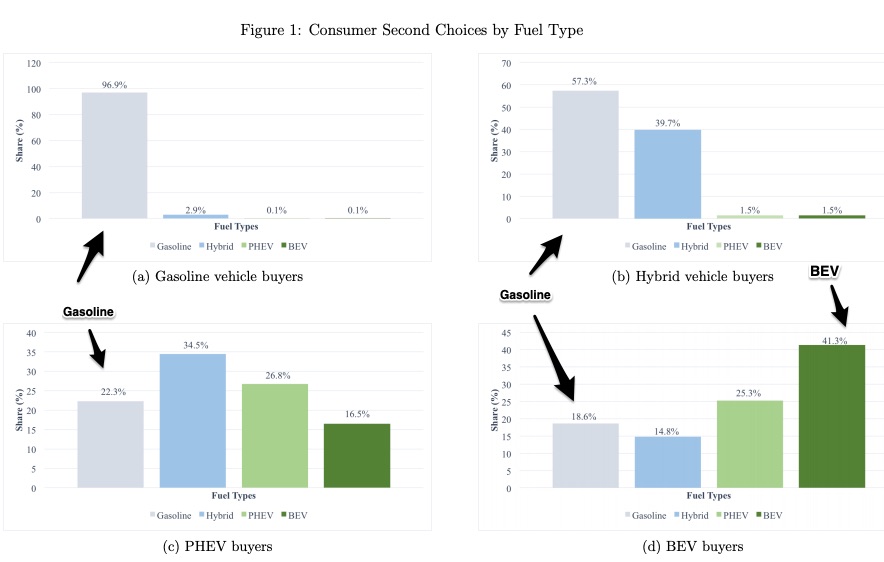 As environmentally concerned households, the opportunity cost for EV buyers–their sacrificed alternative–was somewhat “green” anyhow. Consequently, the impact might be less than we have assumed.

But there might be a solution. The economists who wrote “What Does An Electric Vehicle Replace?” suggest targeting the subsidy toward the lower income households that have less fuel efficient vehicles.

And, returning to my school parking lot, they no longer have the signs. So, I can access the best spots. However, I now own an EV.

My sources and more: I recommend getting a monthly NBER notice of new research. June listed the subsidies paper which I found elsewhere, un-gated.