The Downside of Interrupting Women

According to Supreme Court etiquette, the justices should not be interrupted by the attorneys who appear before them.

Still though, the women are interrupted.

On average, female Supreme Court justices are interrupted three times as much as the men. Although they composed an average of slightly less than one-quarter of the Court for the past 12 years, women experienced almost one-third of the interruptions. During oral arguments, the male justices and male advocates interrupted the female justices more frequently.

You can see below that women were subject to 32% of the interruptions. Just four came from women:

These were the interruptions between justices: 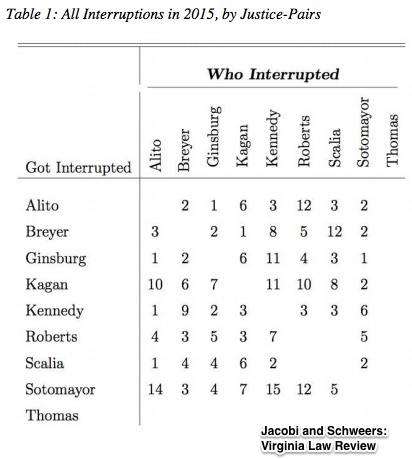 The Congress and Business

While multiple studies display that women are frequently interrupted by men, several major examples have been in the news: 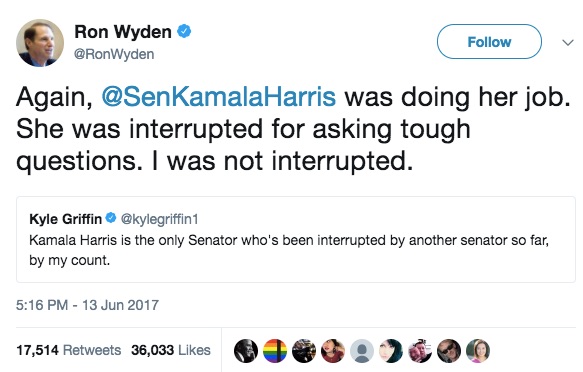 Similarly, when Google’s Eric Schmidt repeatedly interrupted the only woman on a SXSW innovation panel, it took a diversity manager at his firm to point it out to him. At Uber. we had a board member commenting that adding more women to the board would just mean more talking. He subsequently resigned.

Perhaps we can sum it all up with this comment sent to the NY Times: “My female boss told me she needed to allow each man to interrupt her four times before protesting in a meeting…”

Women are interrupted more than men. When they incompletely express themselves, their insight evaporates. The result? Their influence diminishes and their human capital is underutilized.

On a production possibilities graph, we can represent underutilization. We just need a dot inside a curve. While the curve indicates the maximum an economy’s land, labor and capital can produce, the dot shows where it is currently producing. Although I’ve selected capital and consumer goods, the axes could have been any pair of goods, services, or categories of goods and services.

In this production possibilities graph, our dot is not at its maximum position:

Returning to where we started, we can say that interrupting female Supreme Court justices creates underutilization of their human capital.

My sources and more: Justice, Interrupted was an excellent podcast. Its Supreme Court clips and analysis took me to this Quartz article and the NY Times. It also led me to this paper on Court interruptions. Then, if you want more interruption research, this  Stanford paper and this one from George Washington University are also possibilities. Finally, the more benign outlook came from Georgetown linguistics professor Deborah Tannen. She suggests men use “report talk” and women, “rapport talk.”

Choosing the Ethics of Self-Driving Cars