In his 2013 shareholder letter, an 83 year-old Warren Buffett gave some “when I die” investing advice.

Referring to his wife, but really to all of us, he said the trustees overseeing her inheritance should, “Put 10% of the cash in short-term government bonds and 90% in a very low-cost S&P 500 index fund. (I suggest Vanguard’s.) I believe the trust’s long-term results from this policy will be superior to those attained by most investors—whether pension funds, institutions or individuals—who employ high-fee managers.”

The S&P’s returns have exceeded the hedge fund average for most of the past decade: 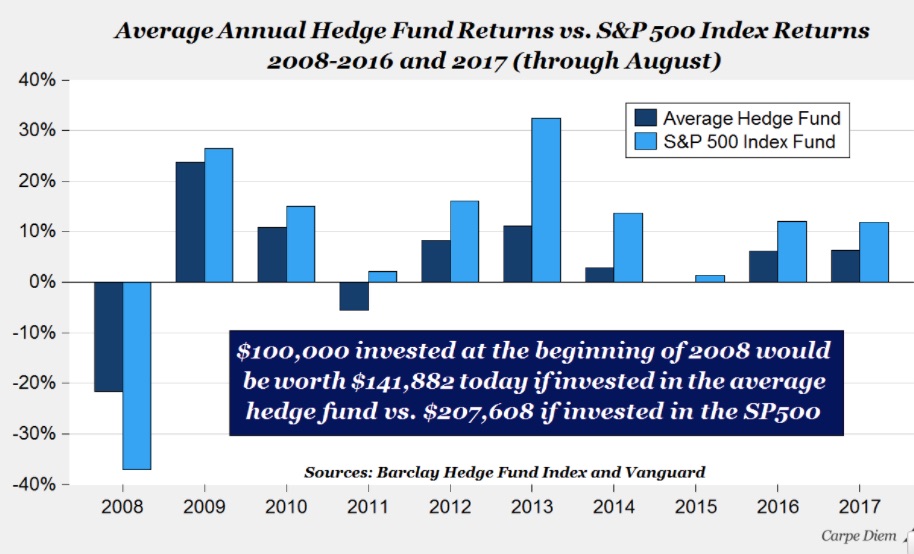 Where are we going? To a Warren Buffett bet.

We could say that Mr. Buffett put his money where his mouth was.

During 2008, he and a hedge fund manager agreed to a ten-year wager. In Mr.Buffett’s corner we have the S&P 500–a plain vanilla list of 500 stocks that varied only when firms entered and left the index. On the other side was an actively managed hedge fund. (It also made a difference that the index fund was low fee while the hedge funds charged much more.)

The bet was for $1 million.

Although the contest was supposed to end on December 31, they agreed to stop now because the Buffett lead was so large. With cumulative gains of 22% vs. 85.4%, the hedge funds’ average was far behind.

As we all know, the dates that frame a bet can determine its results. Were the same wager to have occurred from 2002 to 2007, the hedge funds would have trounced the S&P 500 index fund. And you can see below that the hedge funds would have won a single year wager in 2008 and 2015. But from January 1, 2008 to now, it was Vanguard’s index fund that had the higher return: 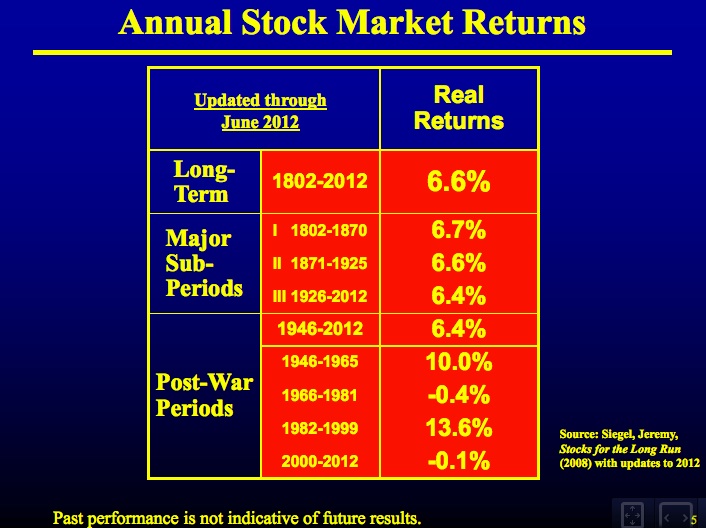 And finally, how much did it cost the loser? Not $1 million.

Ten years ago, each put $320,000 into zero-coupon (no interest until bond matures) Treasury bonds. By 2012 the account reached $1 million and now is worth much more. Mr. Buffett will donate his winnings to Girls Inc. of Omaha.

It all began with my favorite person, Alexander Hamilton. After the Congress established Hamilton’s First National Bank in 1791, gradually, a network of financial intermediaries evolved. By the end of the century, we had investment banks able to gather the huge money they needed to finance railroad building and massive business combinations like U.S. Steel. Meanwhile, insurance companies were accumulating the assets that meant they too were becoming financial intermediaries.

And now to our list of financial intermediaries, we have added index funds and hedge funds.

My sources and more: For the details of the bet, AEI and CNBC had the facts as did a previous econlife from which we excerpted several sentences.