Statisticians tell me that as an iPhone owner, I will most likely have a smoothie or soup for lunch. (They are right.) Meanwhile, my Android friend will order a cheeseburger, fries and a shake. Probably also, we had difficulty choosing where to eat. I said Panera; my friend, Taco Bell or Hardee’s.

The people at Checkout Tracking uploaded consumer receipts from 50,000 people to distinguish between iPhone and Android users’ food preferences: 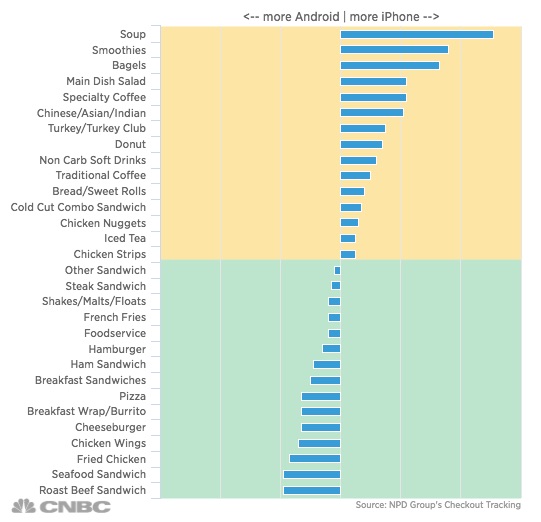 They also identified the fast food establishments that iPhone and Android users prefer: 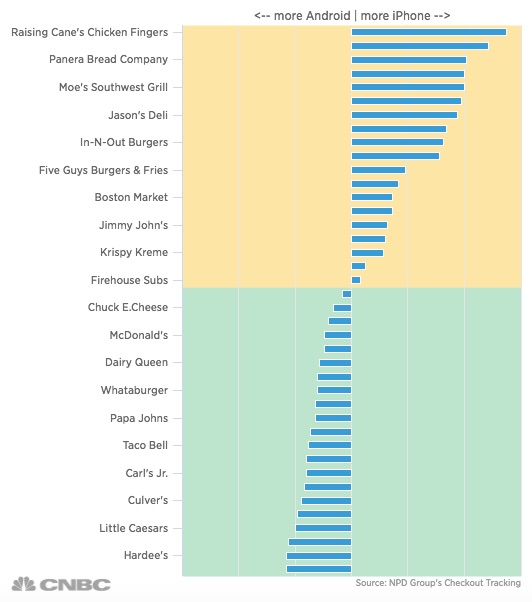 But really, they were looking at the connection between our income and our spending.

How We Spend Our Income

Some researchers have said that iPhone users are more affluent than the Android crowd. While their conclusions might be wrong, they are right in linking income to spending on food and other necessities.

You can see below that when we earn less, we spend relatively more of it on food. However, the actual amounts are less than what higher income households spend: 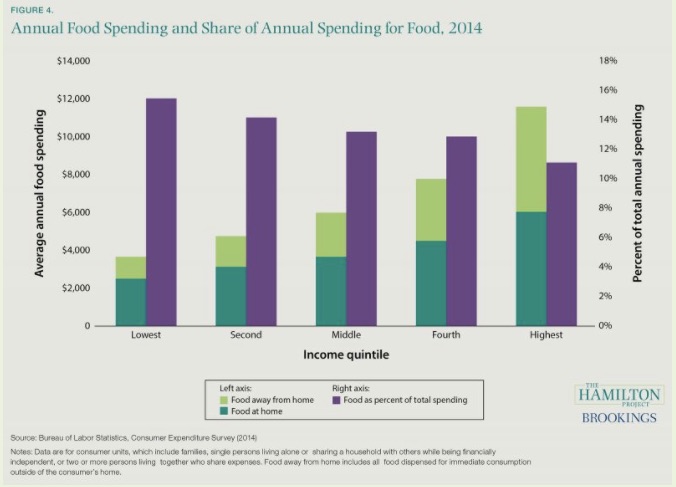 Then, moving to all basic needs, we see the same relationships. Again, low income households spent relatively more (but absolutely less) on necessities: 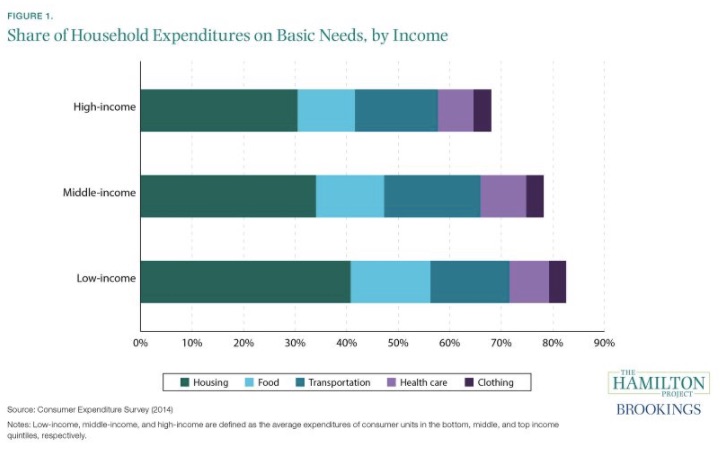 When an economist refers to household income, her list has five categories:

Low income households primarily receive wages and salaries. However, moving up a wealth scale, we would see affluent households getting income from more than one of the five categories.

My sources and more: Once I started comparing Apple and Android users, the articles multiplied. The big problem though was most were two or three years old and based on sketchy research. CNBC’s graphs and BusinessInsider went back to 2014. By contrast, the dependable data was available from Brookings’s Hamilton Project and the USDA.

What Amazon Wants For Its HQ2