The father of fractal geometry, Dr. Mandelbrot told us that the closer you look, the more you see. From a distance, the British coastline will appear straight. However, looking closer and closer increasingly reveals indents and zigzags. Consequently, Dr. Mandelbrot believed that it was actually much longer and even infinite. The significance? Something we might think is simple is really complex. 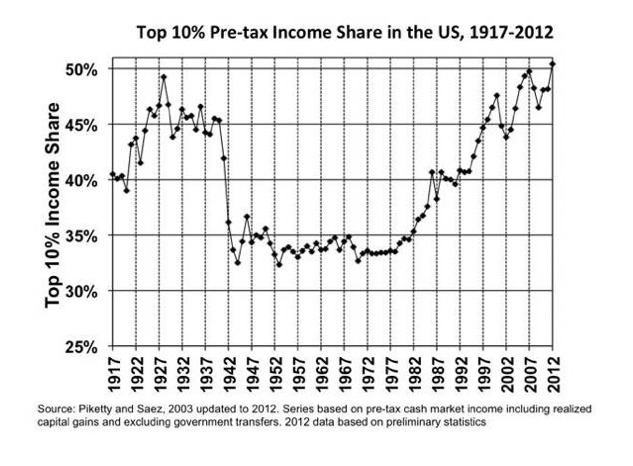 Like the British coastline, the closer you look, the more complex calculating income inequality gets.

In an Econtalk interview, Cornell economist Richard Burkhauser explained why trends for middle income households depend on your data. Piketty and Saez based their data on tax units, pre-cash income and excluded in-kind benefits. But think for a moment about an unmarried couple living together as a household. For Piketty and Saez, each is an individual tax unit. It is likely though that they share income as a household. Scholars perceiving them as a pre-tax, pre-transfer tax unit from 1979-2007 would record 3.2% growth while as a household, post-tax with other income transfers, their income rose by 27.3%.

From Burkhauser, Larrimore and Simon, “A ‘Second Opinion’ on the Economic Health of the American Middle Class:” 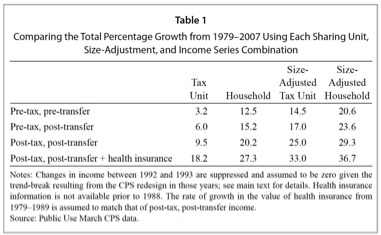 With income inequality dominating the headlines in NYC and certainly related to the minimum wage debate, I would just like us to know the complexities. Only then can we identify the opportunity cost of whatever position we support and make some wise policy decisions.

Sources and resources: Piketty and Saez have had their research publicized in the Washington Post and the NY Times while you can hear Richard Burkhauser talk about his work at Econtalk and read his paper, here. At the beginning of this entry, I quoted a previous description of Dr. Mandelbrot and here and here, we looked at income inequality at home and beyond.

Is Colorado's Marijuana Tax Too High?

Do You Live in a Popular State?