Is Colorado’s Marijuana Tax Too High?

Colorado has a nasal ranger.

Concerned with the increasing odor of marijuana in the streets now that its recreational purchase is legal, Colorado has made it possible to quantify the smell. Last year, between January and September, 11 of Denver’s 85 odor complaints were for marijuana. 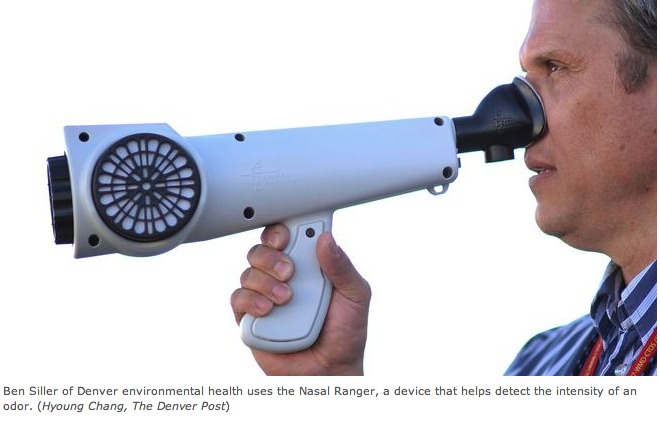 I came across the nasal ranger in The Denver Post as I was checking facts on Colorado’s marijuana taxes. With yesterday the first day of retail sales for marijuana recreational use, the supply might not have been enough. Lines were long, maybe a 90 minute wait. One Denver store said that while the medical marijuana price (which had been legal in the state) was $25 for 1/8 ounce, it charged recreational purchasers $45. Add to that the normal state sales tax, wholesale and retail state taxes that voters recently approved for recreational marijuana and local taxes like Denver’s 3.5% and $45 became $64.91 for one buyer.

Reportedly, legislators are thrilled. For starters, they plan on allocating $40 million to school construction and some also to marijuana regulation (like the nasal ranger).

I wonder if they will get what they expect.

An economist might start with elasticity. Elasticity is all about how much we react to price changes. If a buyer’s price elasticity of demand is elastic, then price increases really affect us and we buy much less. On the other hand, if our demand is inelastic, a price hike has little impact, we purchase only slightly less, and the seller’s total revenue even goes up. Quantity demanded tends to be elastic for luxuries and items with substitutes while quantity demanded is inelastic for necessities.

Do recreational marijuana buyers have inelastic demand? If yes, even with 30% taxes, then Colorado will get the revenue it expects.

Sources and Resources: You can read firsthand facts on state taxes–currently 15% wholesale and 10% at the register–or read all in The Denver Post’s 64 questions and answers. The Denver Post also has more on the nasal ranger and was the source of my picture while some examples of first day lines, demand and supply were in the Washington Post and The Denver Post.