Yes, not everyone loves chocolate. 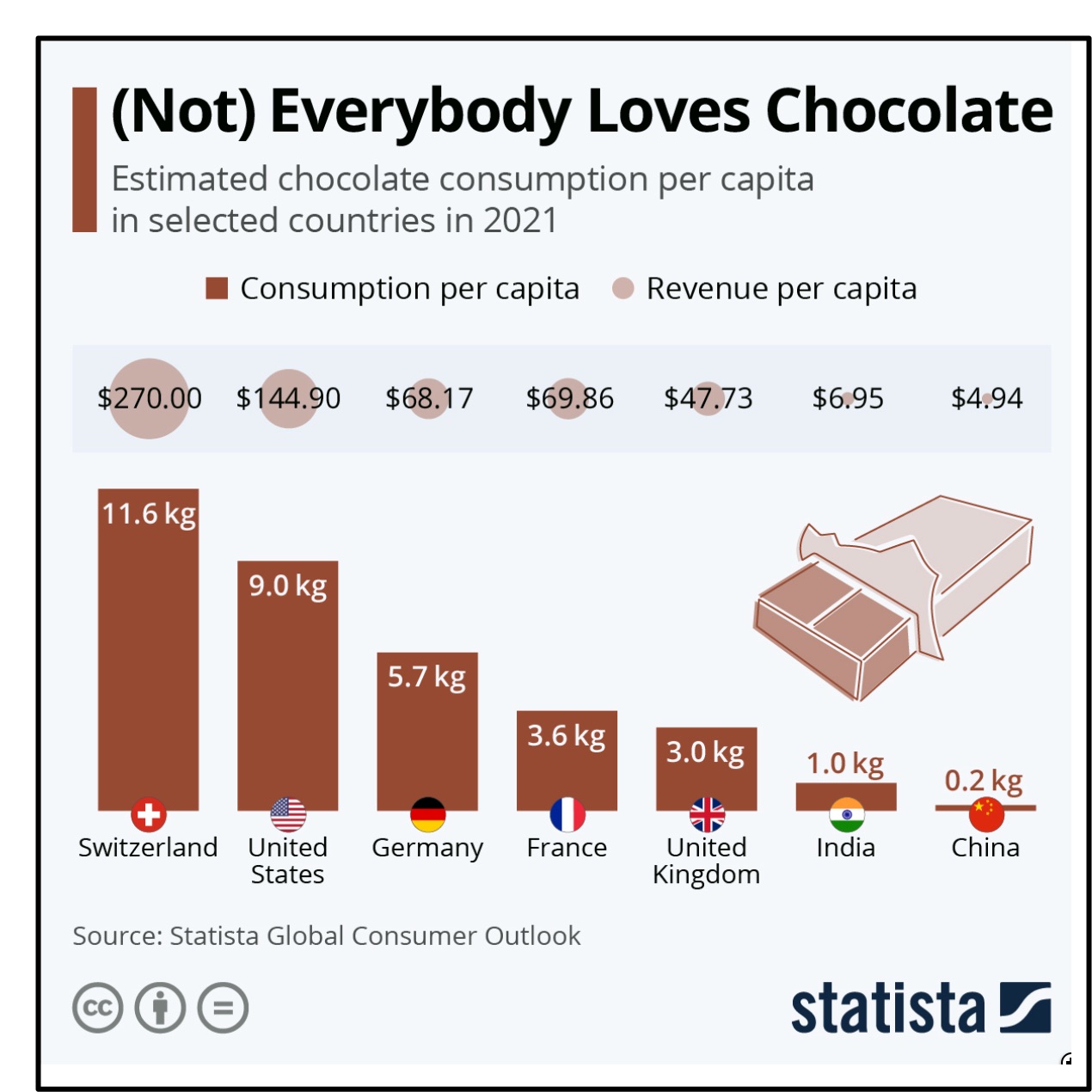 But it is much more complicated.

Meanwhile, the world’s largest confectionery company, Mars, is looking at the people that minimally eat chocolate. In FT, they tell us that people in the U.S. or Germany consume 10 times as much as someone in India or Mexico. In Kenya and Nigeria, a typical person averages just 200g annually– the equivalent of four 1.45 ounce candy bars. (When we have s’mores, during one evening we eat much more!)

So yes, Mars sees a huge selling opportunity. They just had to figure out how to get people in emerging markets to appreciate the wonders of chocolate. For Brazil, that means a “carmelo and bacon” Snickers. In India, Snickers will contain saffron, pistachio, and almond. It will also involve a greater presence in stores and increasing their emerging market advertising by approximately 30 percent.

With chocolate, the world is not one big melting pot (sorry). Instead, it typifies the differences that most multinational firms need to recognize.

Looking back at how U.S. manufacturers globalized, we can start with the 18th century New England merchants who facilitated trade through their ships and financial connections in Great Britain and Europe. Next, during the 19th century, businesses like Coca-Cola and I. M. Singer & Co. (sewing machines) secured foreign patents, sold exclusive selling rights to representatives abroad, and established foreign manufacturing facilities. Then came the foreign subsidiary through which the multinational firm increasingly took on the identity of its home away from home.

And that returns us to the Snickers “carmelo and bacon” bar.

My sources and more: Focusing on Mars sales initiative, FT  was the ideal place to start. From there, Statista is always handy for a statistical overview. (Please note that sections from today were in a previous econlife post.)

Why and Where We Live Alone

What We Need to Know About Driverless Vehicles