During 1989, the pop group A-ha hoped to encourage Norway’s EV adoption. So, in their Fiat Panda, they parked illegally, drove through toll booths, refused to pay vehicle taxes. Attracting attention. the real target was government policy. They wanted incentives that would nudge people to buy EVs.

As one of the world’s most popular bands, A-ha recorded Take On Me. For some smiles, do take a look at what we listened to in 1987:

As their lead singer said, “It was what we needed to do. And it just made every sense, you know?”

Responding during the next seven years, Norway established free parking and EV use of bus lanes. They eliminated taxes and made ferry travel free. Ironically, their immense oil wealth helped to make it all possible. Now, 33 years later, during 2022’s first six months, EVs composed 78 percent of Norway’s new car sales. Among its population of 5.4 million, the EV population is close to 500,000. In Scotland, with approximately the same number of people, there are 50,000 EVs.

You can see the substantial difference between Norway and other countries: 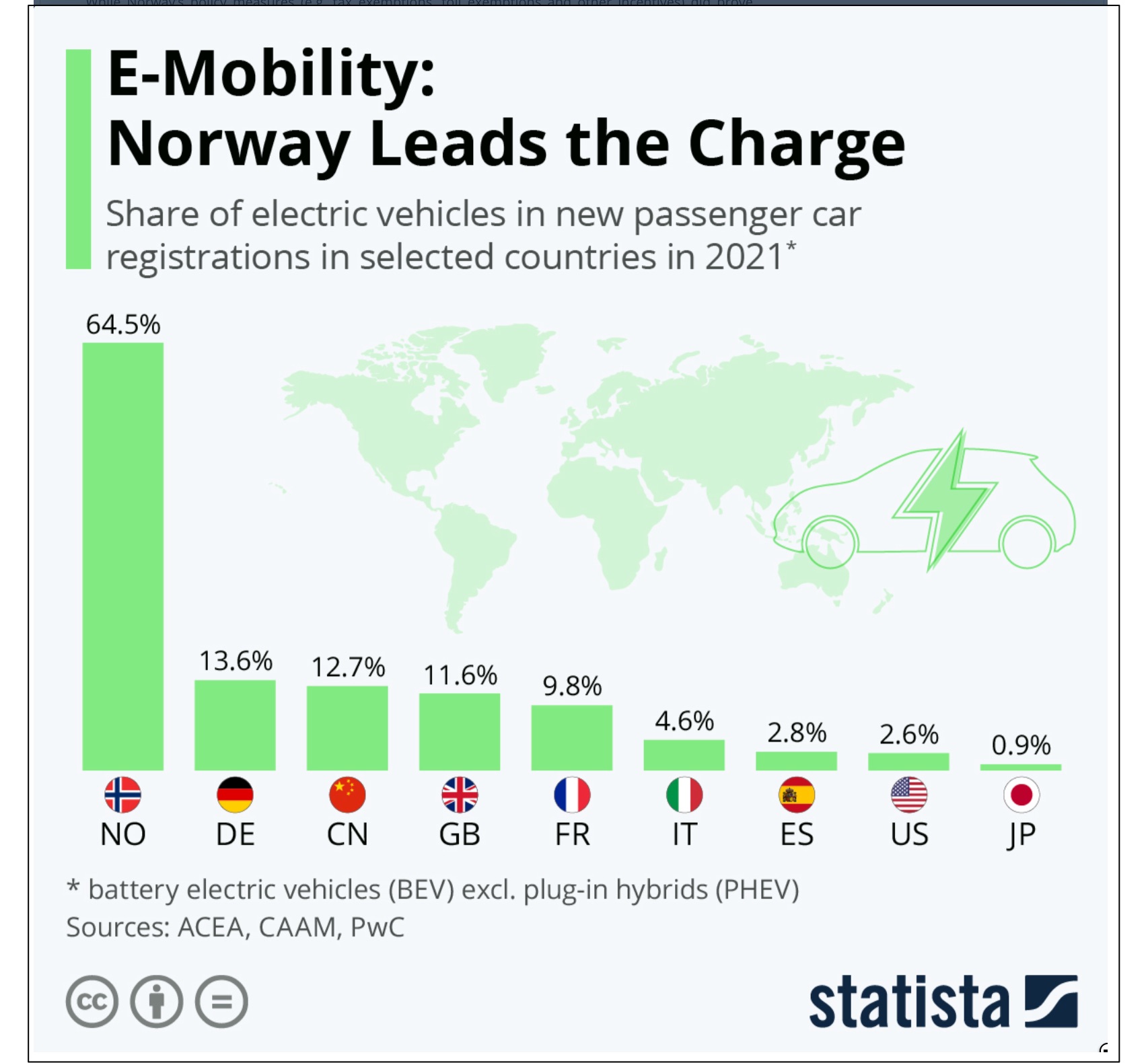 A behavioral economist might say that A-ha helped to make the EV a social norm. In 1989, no one had heard of the word, sustainability. The band gave the idea credability, even when their own car had a range of 28 miles and took 48 hours to recharge. They helped to make driving an EV a part of their culture.

We could even say that Norway had its A-ha moment.

My sources and more:Looking for the history of Norway’s EV use, I fortuitously found this BBC A-ha article. I should point out that this journalist said the incentives were not consistent during his drive through Norway. Because the article just said Thursday, October 26th, I had to guess it was first written in 2017. But they did say 2019 was the year of an update. (But the writer did confirm that culture was the key to the EV switch.)

When Lipstick Is an Unusual Indicator

How We Can Fight Inflation Through a Hot Dog War