How Restaurant Hours Have Changed

As we’ve begun to return to our pre-Covid lives, all is not the same.

We can take a look at restaurants.

Restaurants have reduced the number of hours they will serve us. Less by an average of 6.4 hurs a week, the cutback will pull closing times earlier. At the eating establishments that were open for us night owls, the sign will probably say closing at 8:00 or maybe 9:00 but not 10 or later anymore.

Blue states lost the most hours with Vermont, Maine, and New York at the top of the list. As for the chains, they range from 30 fewer hours for Denny’s to Einstein Brothers at 14.2. Between the two, Texas Roadhourse, IHop, and Subway will also be open less.

Among the exceptions, we have Alaska as the only state to add hours. Among the chains, Wendy’s has added close to a whopping 21 hours a week. So too have Crumbl Cookies, Boston Market, Jack in the Box, and In-N-Out Burger. But they average closer to two or three extra hours.

The reasons relate to demand and supply. On the demand side, we have fewer people with a five day. full day. at the office, and workers no longer going to as many lunches or after work festivities. On the supply side, the tight labor market has particularly hit food service hard.

Comparing states, we see that New York (and especially NYC) was among the hardest hit: 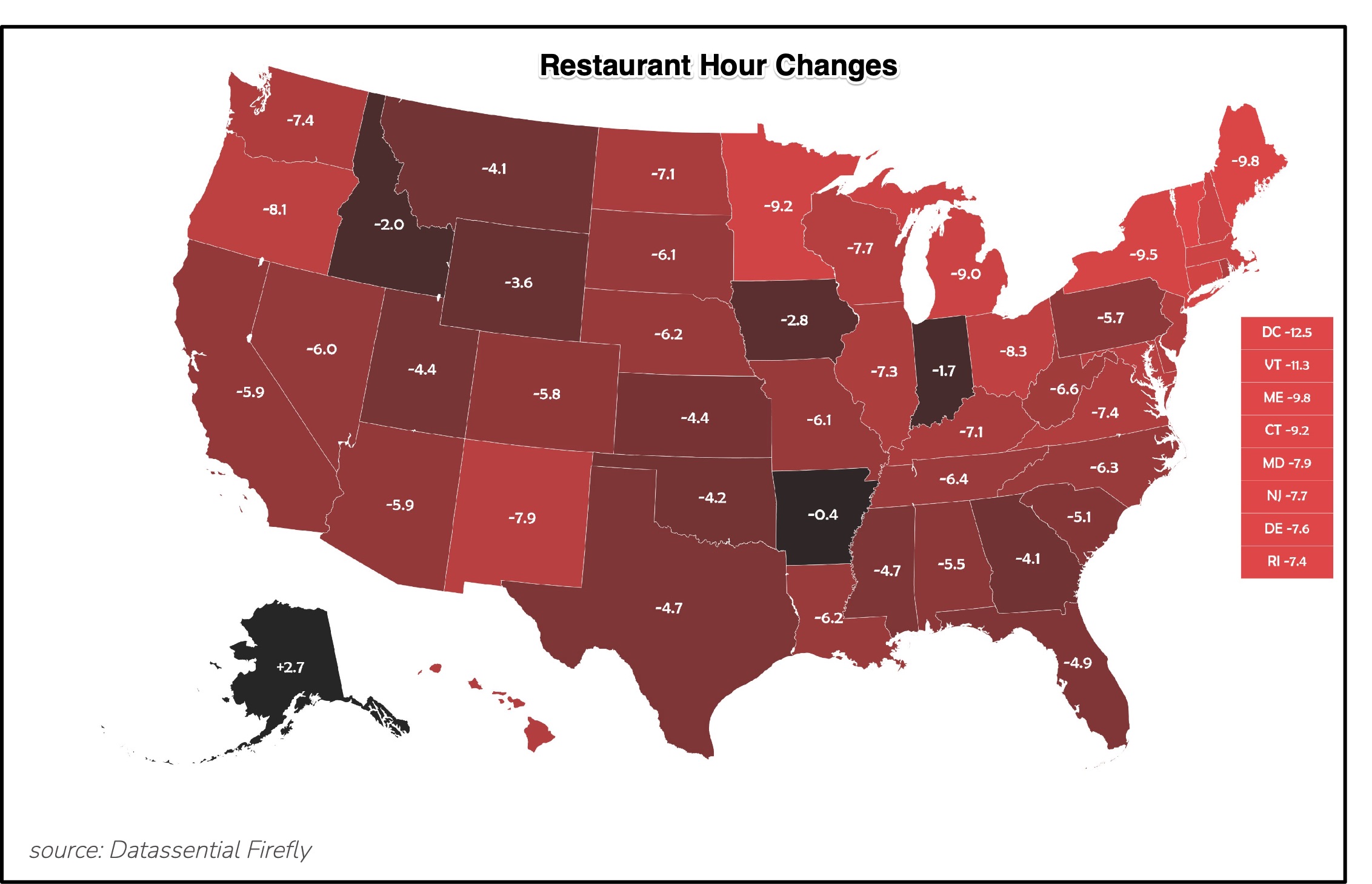 Defined as a ripple impact of an original agreement between two parties, an externality can be positive or negative. Reflecting the contract between a physician and a patient, a vaccine has benefits that extend far beyond the recipient when fewer people get sick. By contrast, pollution spewed by one plant creates negative externalities when far off people get asthma.

With restaurants open for fewer hours, we can hypothesize the externalities. Maybe some are positive when people spend more time with family at home. Or it could be negative when we no longer enjoy seeing our friends for late dinners. But it certainly will harm the restaurant supply businesses that get fewer orders.

My sources and more: Thanks to yesterday’s Hustle for today’s idea. From there, this restaurant report and The Washington Post added some detail.