Why Long Potatoes and Short Corn Can Be A Problem

Both send a message about productivity.

When McDonald’s was figuring out how to open its first restaurant in Russia during 1990 or so, it had a potato problem. Committed to using Russian suppliers, they saw that the typical local potato was too short to become McDonald’s french fries. As a result, they distributed new seeds, increased yields, and had french fries that were 4 to 6 inches long.

However, I did wonder how this “study” from Hamburger University took us down to a 2.3 inch french fry. The researcher, though says that many of the 107 fries in his large container were broken: 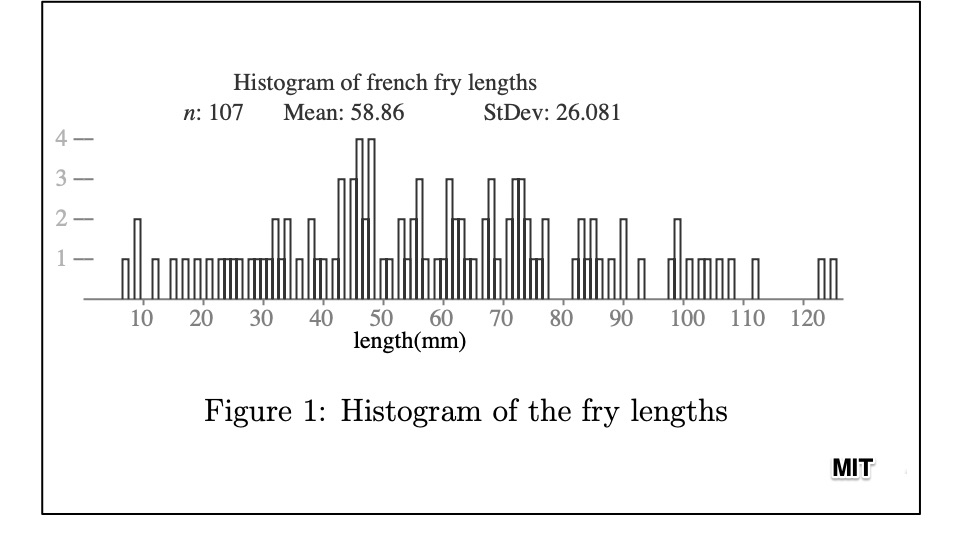 Because newer species of corn will be three feet shorter than the usual nine feet, some farmers are unhappy. More suitable for the vagaries of climate change, they are more robust, need less water, and resist strong winds. Still, rather like people, tall corn has status.

As you might imagine, the farmers with corn mazes were especially concerned. One Nebraska couple said the corn for their maze was 13 to 15 feet high. Or, as they explained, “The taller the better for us.”

Although the size of farms decreased and fewer people work on them, still farm productivity grew. Defined as more output from even less land, labor, our farm productivity comes from genetic advances and technological progress,  One example is the Deere 7760 picker. Replacing five people, the picker twists cotton puffs off their stalks. It made it possible for one farm in one year to grow the cotton for millions of t-shirts.

Farm productivity almost tripled between 1948 and 2017: 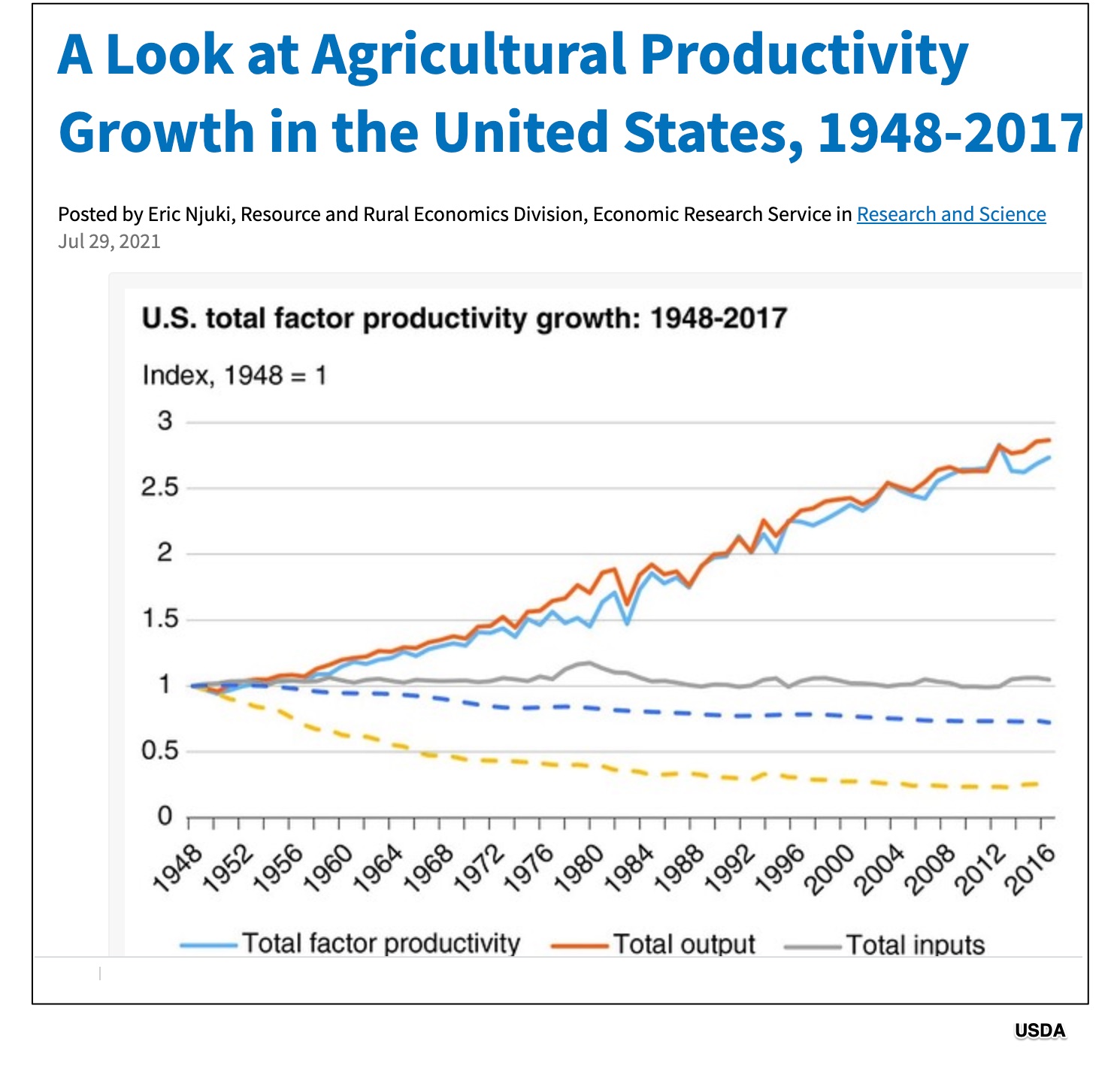 Thirty years ago, agronomists taught Russian farmers how to increase their yield. They experienced the productivity that short corn could bring U.S. farmers. The new ingredient is the nudge from climate change.

My sources and more: The french fry “study” came from this paper while the USDA, although dry and sometimes outdated, had the facts for farm productivity. Meanwhile this McDonald’s article takes us back to 1990 (full circle with McDonald’s gone again)>