Whereas U.S. cities had been “flush with public toilets” during the early 20th century, now we do not have enough: 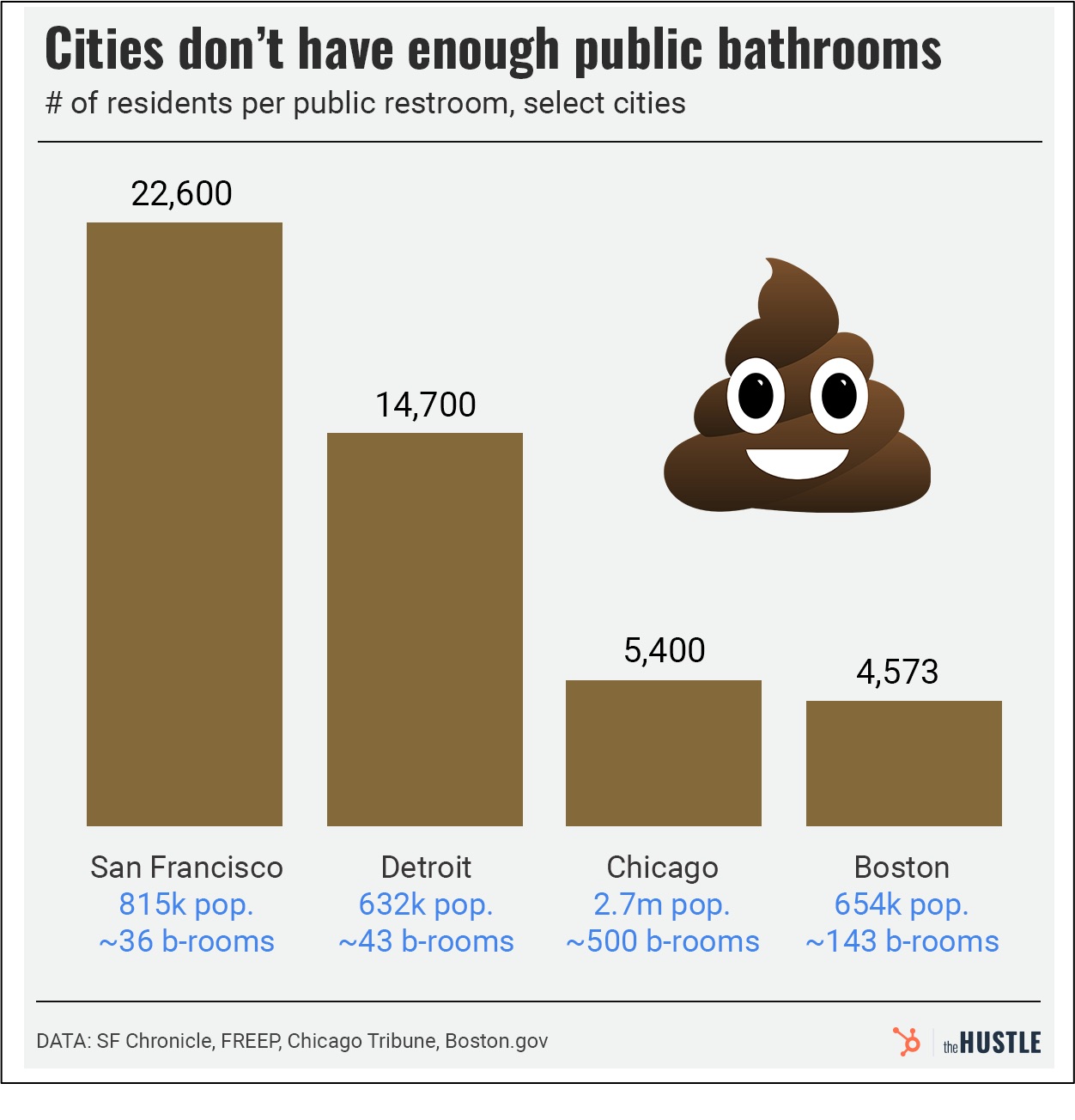 More than now, we used to need public toilets. A century ago, most homes and public venues like theaters had no public toilets. As a result, municipalities realized all people needed a loo. Furthermore, when none was available, people headed for a saloon–not ideal during the temperance era. Although railroad and bus stations were also a possibility, cities felt the responsibility.

Change first came with the auto when gas stations built their own restrooms. One author points out the connection–maybe a correlation– between fewer public restrooms and more in gas stations. After that, with a noticeable decline during WW II and then in the 1980s, the same scholar suggested cities just did not want to pay for them.

One group surveyed NYC’s public bathroom landscape and found 1103 with just two open 24/7. They pointed out that, in addition to homeless people, the city’s tourists, pregnant people, parents with children–just about all of us at some time– need public bathrooms. But even recognizing the need, cities struggle with how to make them safe, clean, and cost effective. Because one comfort station cost $5 million, NYC authorities looked into stand alone bathroom units as an alternative. However, for one 150 square foot public toilet soon to be built in San Francisco, every major cost was a whopper. In addition, annual maintenance fees have been estimated at $600,000:

Returning to where we began, PHLUSH figured out a public bethroom prototype. At $90,000 it was relatively cheap. It has a one seat steel bathroom, a maintenance closet, a cleaning hose, and motion sensors. Inaugurated in 2008 (with the mayor-elect doing the first flush), now Portland has 25 and they say the idea works: 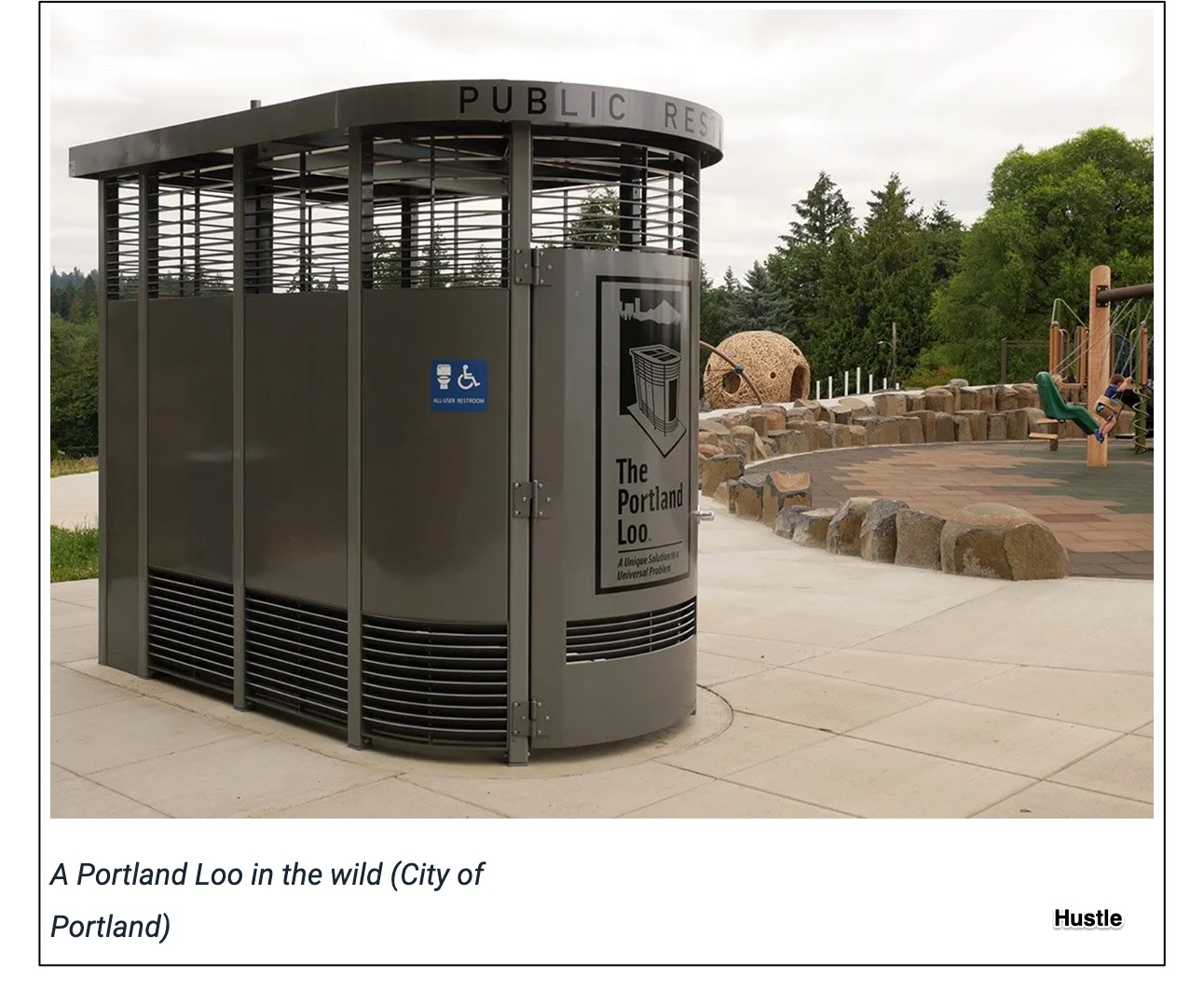 As always, as a part of our everyday lives, economics can explain most decisions.

The reason we do not have more public bathroom all adds up to their cost. Defined economically, cost means sacrifice. And, the sacrifice relates to the allocation of city funds and then to the sacrifices that safe and clean maintenance require. Politicians fdon’t have the incentive (another economic term) to solve the spillover of society’s problems at the doors of the public bathroom. As a result, I wonder whether we are dealing with a version of market failure. Normally referring to demand and supply establishing an inappropriately high or low price, here, we have the market ignoring the situation. Traditionally, I guess the government steps in to occupy the void. But that cycles us back to no incentive…

My sources and more: H/T to my daily Hustle newsletter for the restroom facts and then to this lengthy article that had all you could ever want to know about public bathrooms.

What Your Name Could Say About Your Politics