In the UN’s 46 least developed countries that range from Afghanistan and Angola to Yemen and Zambia, our life expectancy is around 65 years old: 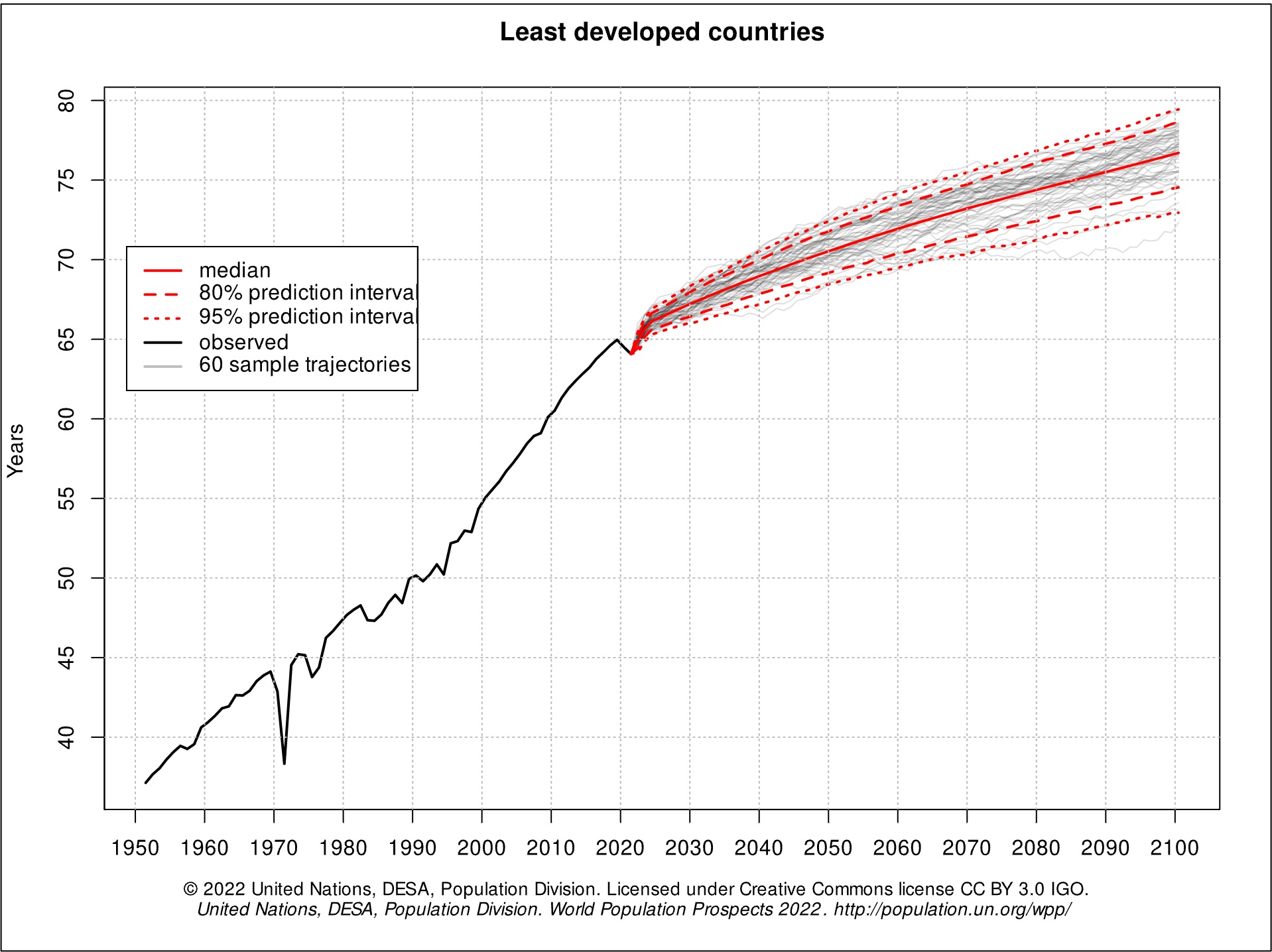 Moving up the development ladder to the less developed regions that include Brazil and India, life expectancy, close to 70, also rises: 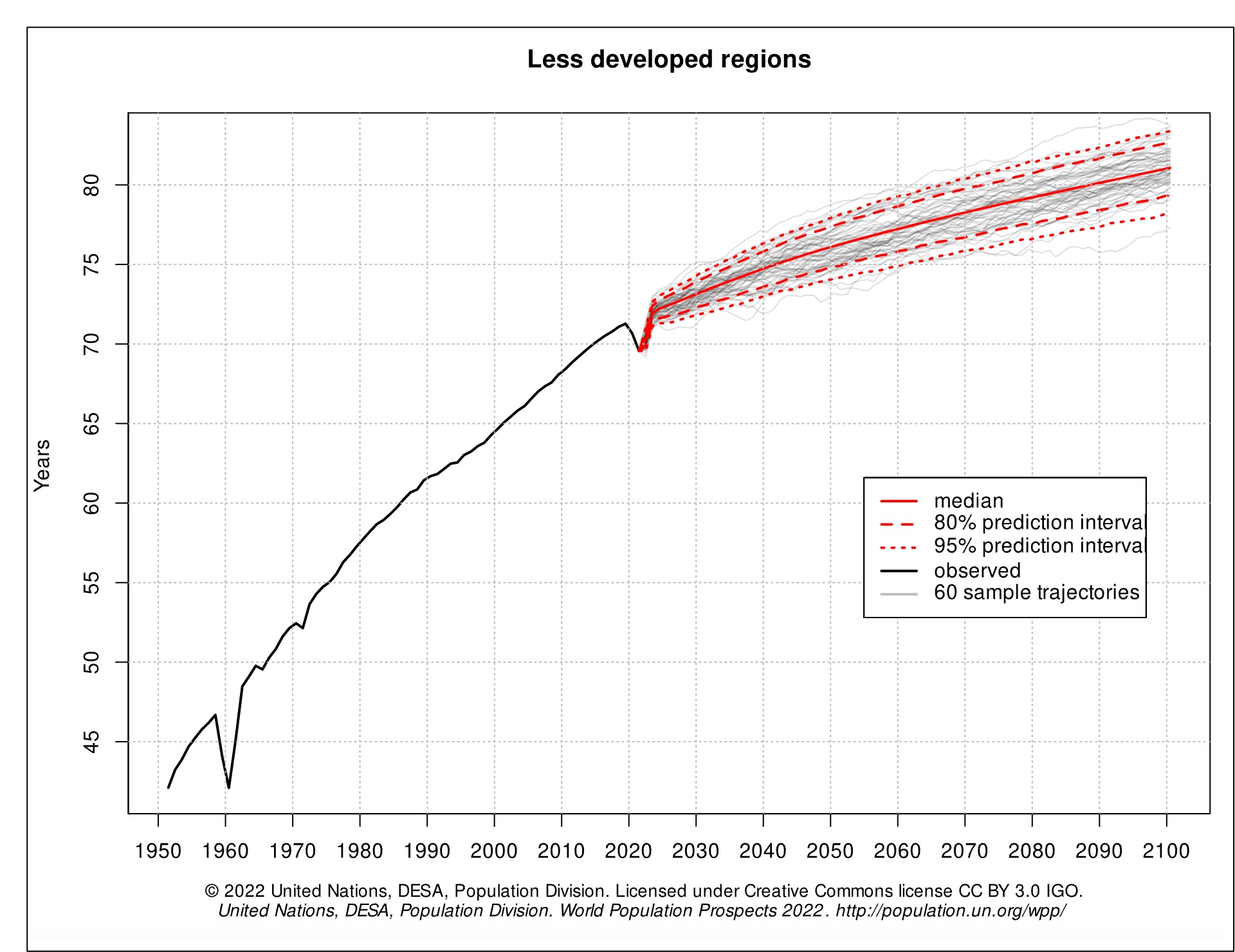 Then, at the top, we surpass 80 in the regions that include the U.S., Japan, Australia, France, and the U.K.: 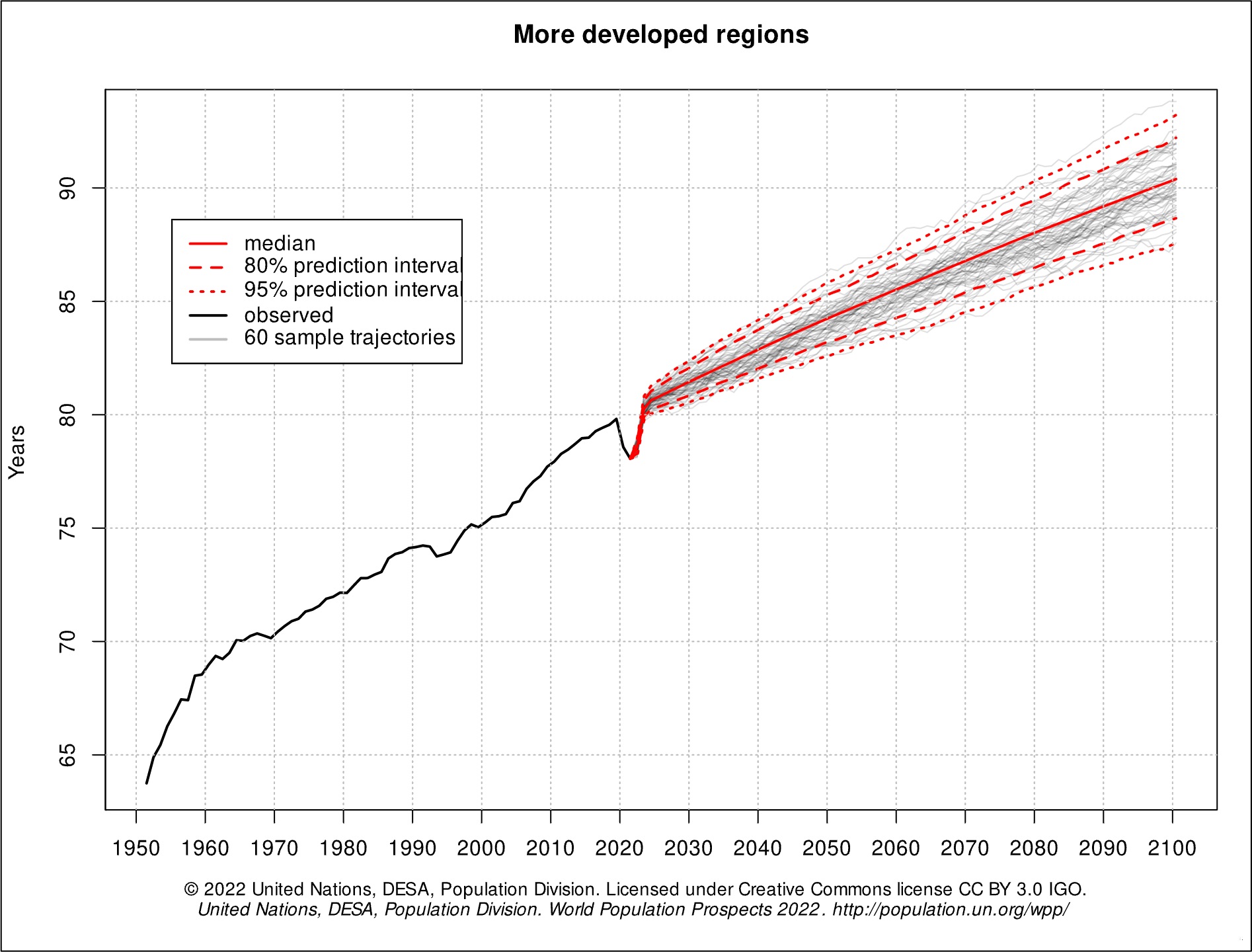 As always, a statistic can be misleading.

Although we appear to 65, 70, or 80, we might not be. One Yale Medical School professor, Morgan Levine, says we can calculate our biological age with nine biomarkers. She told CNN that they included, “blood sugar, kidney and liver measures, and immune and inflammatory measures.” As a result, an older chronological age could really signal a younger biological age. 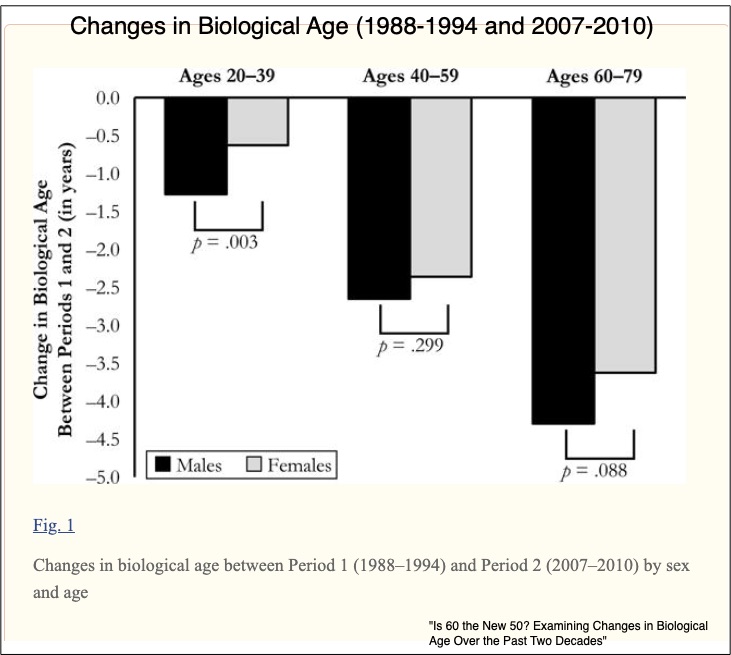 In previous posts, we’ve used an Old-Age Dependency Ratio (number of people 65 and over as a percent of the labor force) to convey the impact of a growing elderly population. The basic idea has been that an increasingly larger older population will impede economic growth because of a proportionally smaller labor force. In other words, more young people will have to work harder because of all of those old folks who don’t work.

Based on biology, dependencies will vary considerably. Our health and vigor could be a more accurate indication of an economic contribution. The World Economic Forum even calls the phenomenon “age inflation.” I wonder though whether they should have called it age deflation because biological power increases? After all, we have price deflation when the same price has more purchasing power. Here, an age has more biological power.

My sources and more: The World Economic Forum looked at aging populations during 2018. Their discussion of the two age metrics led me to this CNN story. It also took me to the 2022 UN report on life expectancy. However, if you really want to learn more about biological age, this paper is a start.

Please note that some of today’s sections were in a previous econlife post.

Why LEGO and Yeti Are Similar

What Natural Disasters Cost Us