Why LEGO and Yeti Are Similar

While you can find LEGO, on the beaches along England’s southwestern tip, for Yeti coolers, it’s Alaska.

Both are free because of unintended consequences.

After entrepreneur Malcom McLean developed the container ship, it brought the cost of shipping an item down from many dollars to pennies. Meanwhile, since the late 1960s, the ships’ container capacity has increased 1,500 percent: 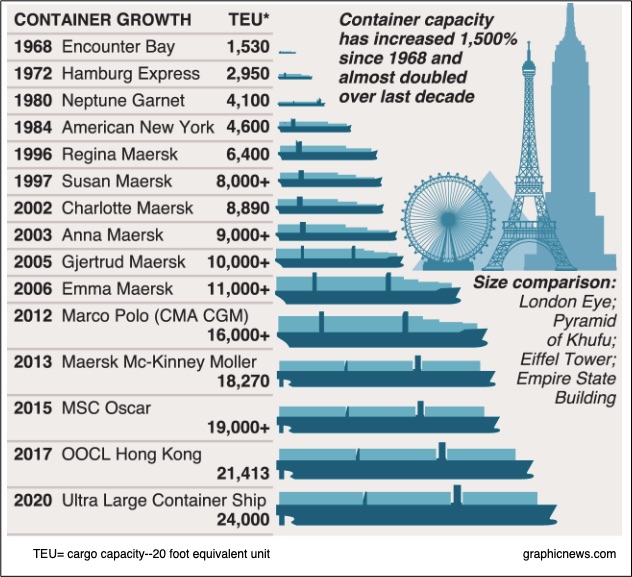 On February 13, 1997, a whopping 4,756,940 LEGO (plural has no s) slid off a ship heading for New York from the Netherlands. This excerpt from a longer cartoon told the story: 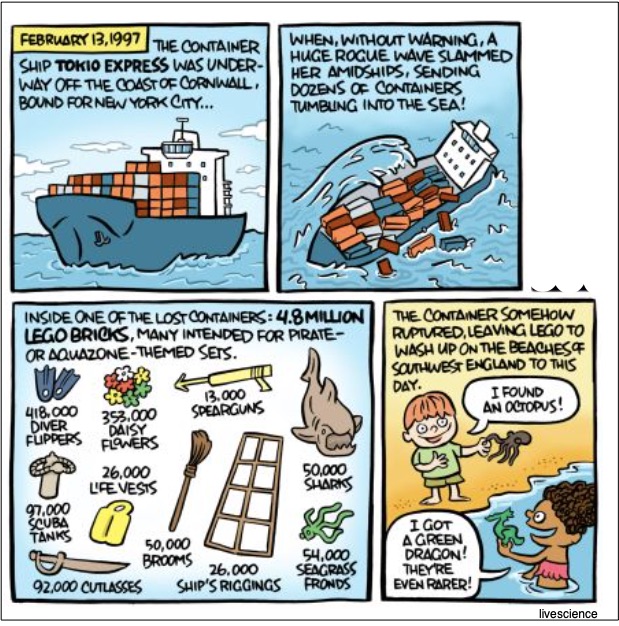 The LEGO were in one of 62 containers that were nudged overboard by a giant wave. Since then, LEGO bricks have washed onto beaches near England’s southwestern tip.

Similarly, because 109 containers slid off their cargo ship, the Zim Kingston, near Washington’s Olympic Peninsula, Yeti coolers traveled 600 miles (and farther) to the Alaska coast where happy cooler hunters have found them. With assorted consumer goods on board, during October 2021, the Zim Kingston had been en route to Vancouver Canada from Busan Korea when a storm upset its cargo.

A Yeti Tundra Hall wheeled cooler can retail for $450: 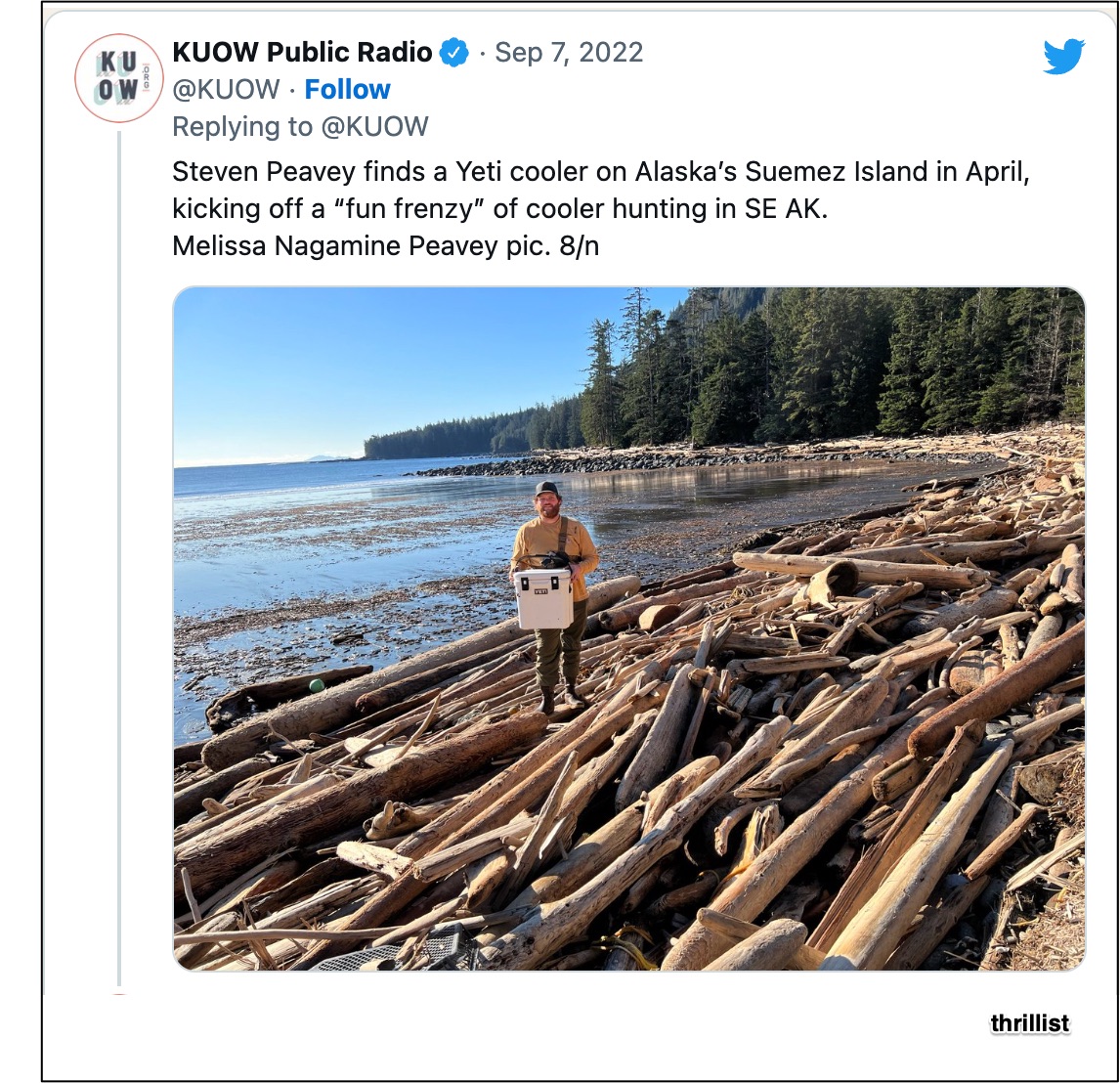 Because the largest cargo ships carry 24,000 containers, their unintended consequences can also be large. The upside includes minimal transport expense, easy transfer from boat to train and truck. But among the unintended consequences, we can start with the big ships’ impact on supply chain disruptions during the pandemic. Then, for the LEGO spill, the plastics environmental devastation was cataclysmic. And now, the Zim Kingston spill could have a similar impact.

My sources and more: I always look forward to Saturday’s Slate Money for solid economics and juicy stories. In their “Numbers Round,” I learned about the Yeti spill. From there, these articles at thrillist and NPR had more detail. And then, it all connected ideally to this econlife post (from which today, I have quoted).

How the Generations Differ at Work