A New Way To Measure the GDP

The ICP lets us see the GDP in a new way.

Using purchasing power units, the World Bank’s ICP (International Comparison Program) lets us compare economies more accurately. With its most recent 2017 data coming from 176 countries, it not only has the geography but also, having begun in 1968, the history.

We can use the ICP to compare size and consumption.

Looking at the share of global PPP-based GDP, the ICP places China (16.4 percent) in the top spot. Slightly less, the U.S. share is 16.3 percent. The reason for China’s ascent? We are using PPP dollars that let us account for lower prices in China. From there, Eurostat used the PPP data to show us that the EU ranks #3 with India a distant fourth: 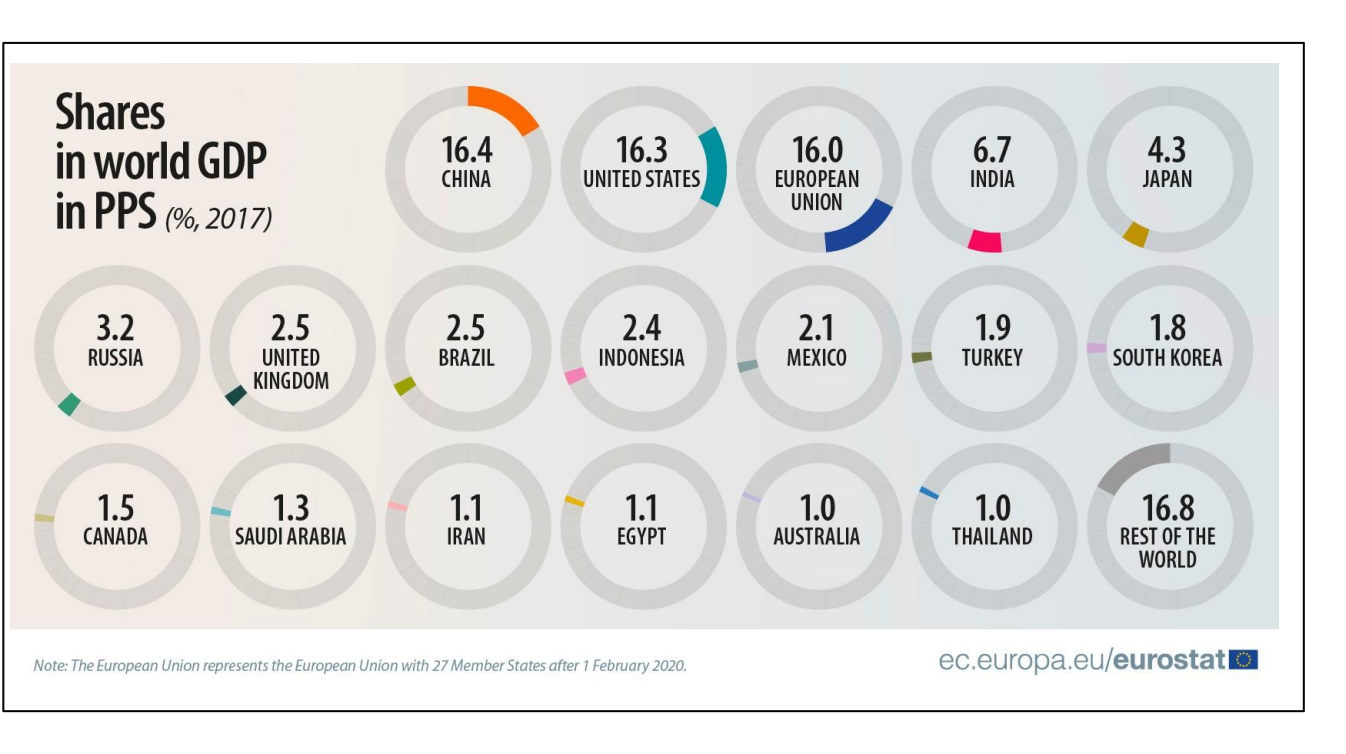 Below, you can see the difference between PPP and market rates. As a result,  the U.S. GDP share is far larger when we look at market exchange rates: 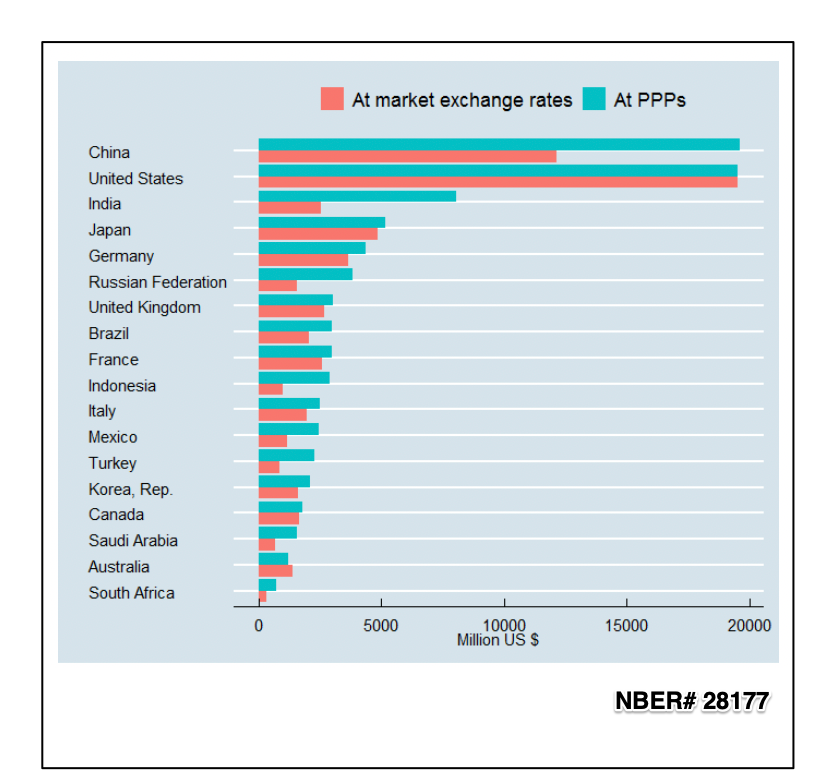 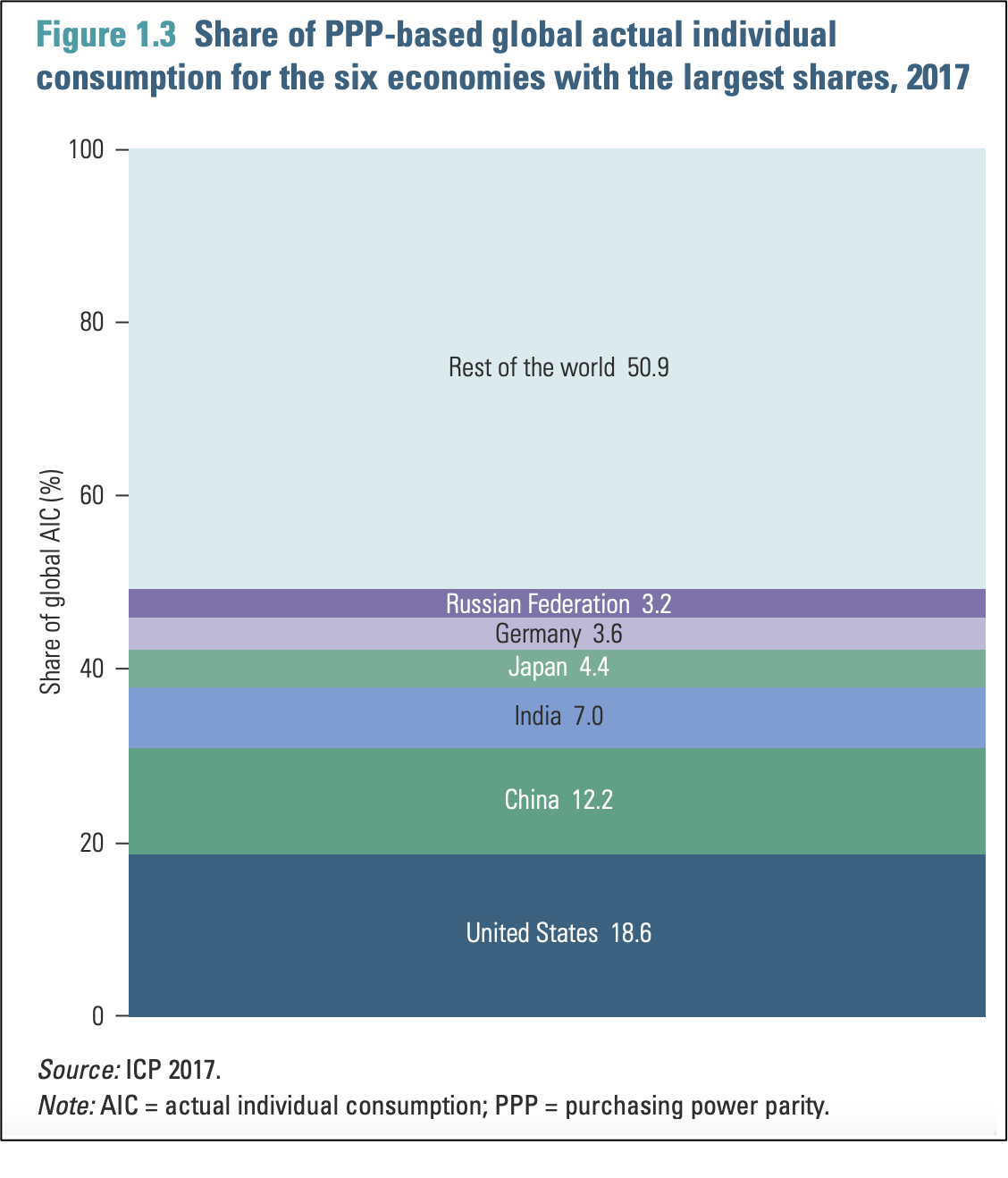 Looking at countries, we can see U.S. consumption exceeds all others: 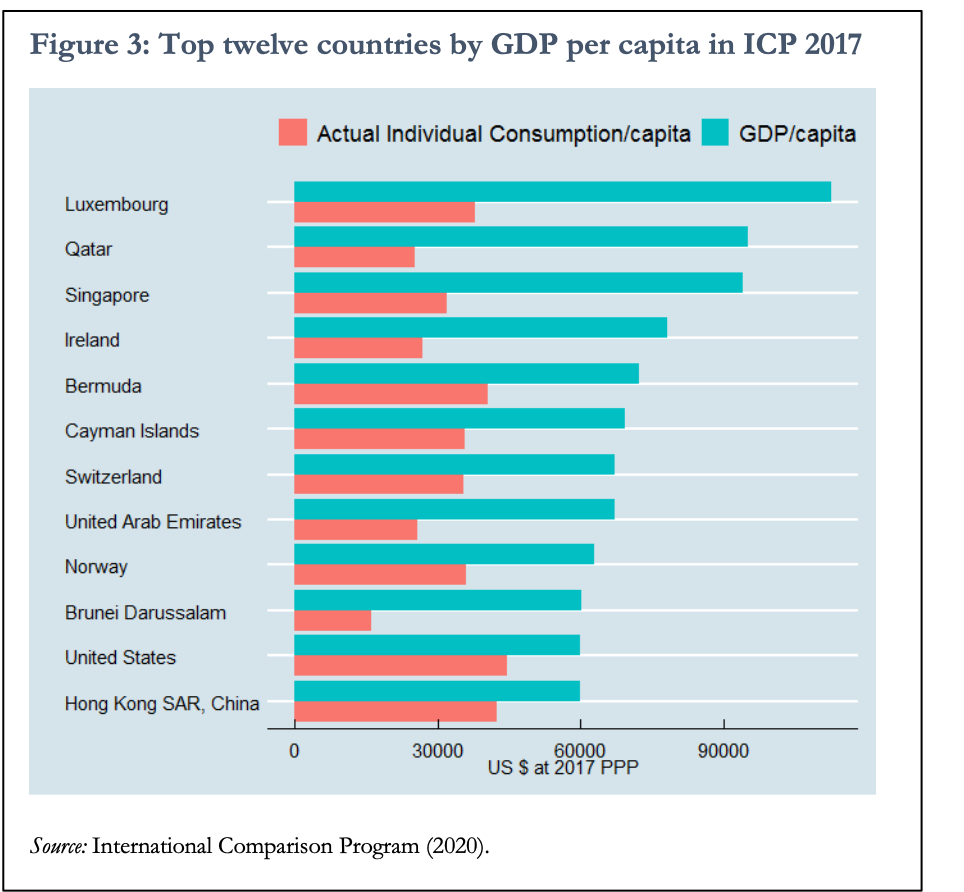 Defining what we now call the GDP, Nobel laureate Simon Kuznets created the concept of national income during the 1930s. His goal? A metric on which to base a yearly comparison of what we produce. His conclusion? Include only goods and services that could be legally purchased.

Less quantifiable, all unpaid work done in the home and illegal transactions were excluded from the Kuznets formula. By eliminating unquantifiable variables, Simon Kuznets sidestepped considerable debate about the value of the goods and services in the GDP.

Perhaps always remembering that we “treasure what we measure,”  his vision can become our springboard for much more.

My sources and more: Many of my facts are from Angus Deacon’s NBER paper with Paul Schreyer. From there, I looked at the facts they accessed at the International Comparison Program. But finally, if you just want to learn about the GDP, Diane Coyle’s book (GDP A Brief But Affectionate History) and her article about its demise, are ideal. Please note that parts of Our Bottom Line were in a past econlife post.

GDP Surprises in Ireland and Macau