Comparing global wealth, we can look at a world map: 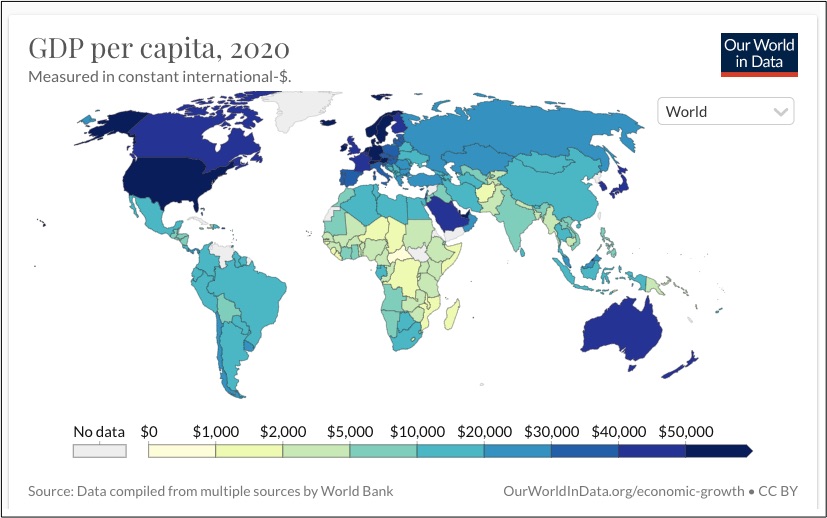 But there is so much more to the story.

When we look at the world wealth gap, our lens matters.

Comparing per capita daily income during 1800, 1975, and 2015, we see an increasingly affluent world. More than two centuries ago, daily per capita income barely touched $10. Then, by 1975, the most affluent were at $100. And now, countries in the Americas and Europe have surpassed $200: 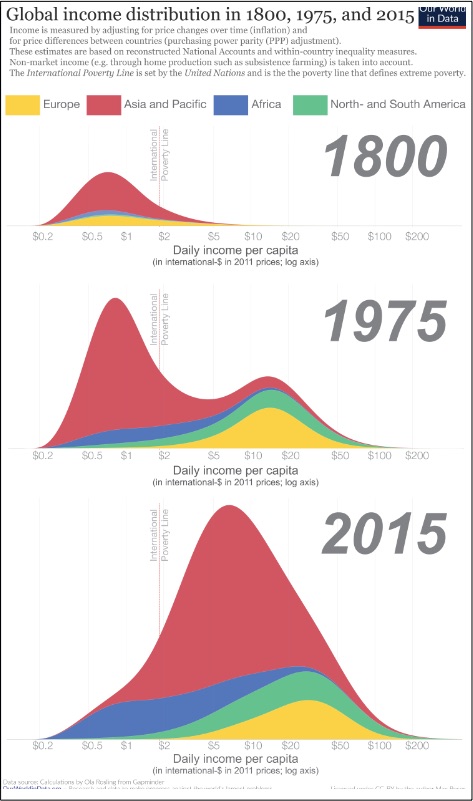 The increase in affluence was also characterized by growing global inequality until it reversed between 1988 and 2011. 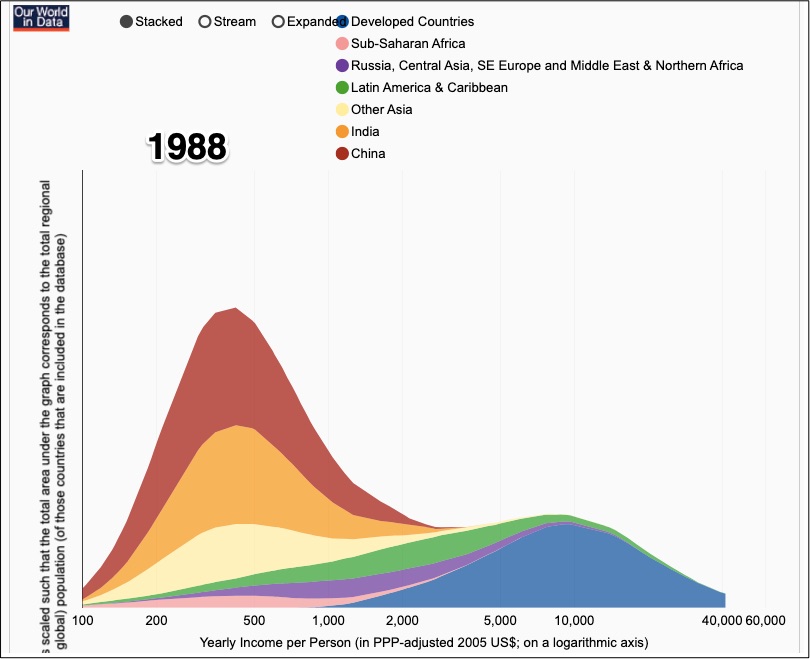 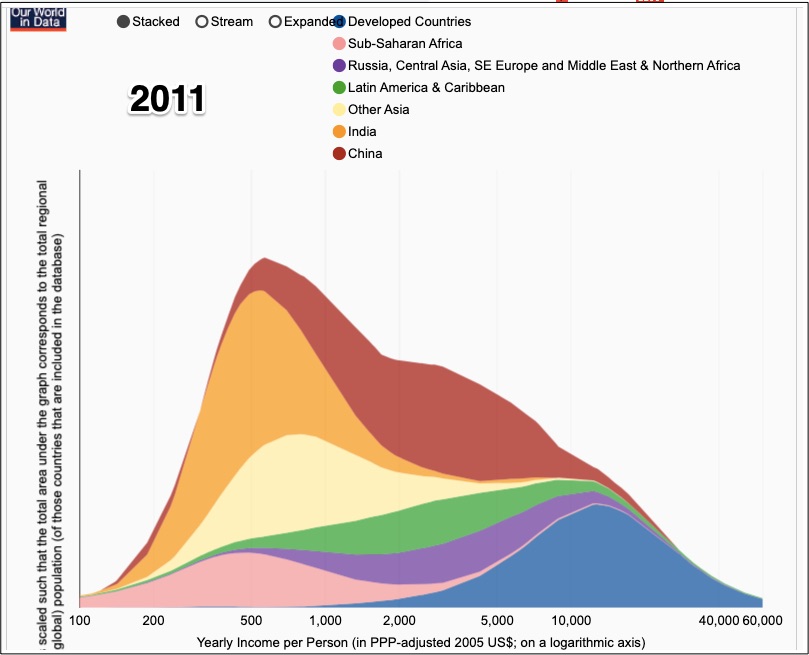 However, Branko Milanovic told the story most clearly in this graphic from his book, Global Inequality. Because Asian economic growth especially boosted the incomes of the less affluent in the world, we wind up with Point A. According to Dr. Milanovic, Point A illustrates the gain in income for a broad swath of the world’s population. Meanwhile, Point C shows the most affluent and Point B, the lower half of the income distribution in the developed countries. Positioned at the bottom of the graph, the people represented by Point B had no cumulative gain: 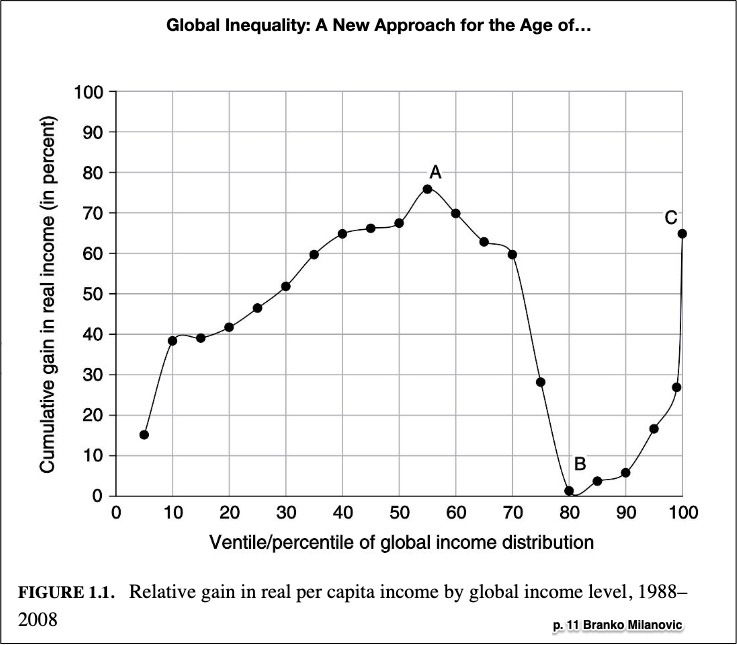 Our Bottom Line: The Inequality Debate

It is so easy to mischaracterize the global inequality discussion because, depending on our bias, we can cherry pick our facts. Mostly though, for the real story, my go-to person is Branko Milanovic. In his book on global wealth, he concludes that inequality is shrinking among countries, even as it rises within them. He also notes that Asia’s middle classes are the winners and the developed world’s middle classes, the losers.

From there, for more precision, we can locate the greatest inequality through the darkest colors: 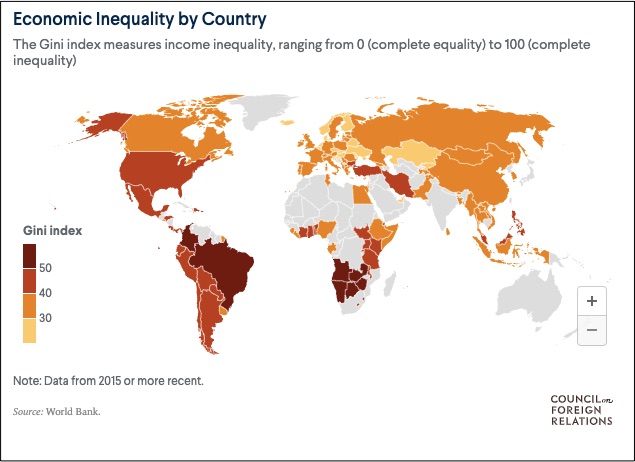 My sources and more: Comparing global wealth took me to a slew of articles. The NY Times presented a philosophical look, the Council on Foreign Relations emphasized the practical debate, and this paper returned us to the “race” between education and technology. Then, in addition, as always, OurWorldinData came in handy as did Global Inequality by Branko Milanovic.

How the Cost of Children Has Changed

A New Way To Measure the GDP