Today, we have an “on the one hand but then on the other” situation–the reason President Harry Truman (1945-1953) said he was searching for a one-handed economist.

Starting with labor markets, at 3.6 percent, the jobless rate is exceedingly low. In addition, there are close to two job openings for every unemployed worker. As a result, even with Fed rate hikes, the labor market response need not be disastrous. Furthermore, a tight labor market could lead to more productivity, a number that has been slipping recently.

Dr. Yardeni also sees the bright side of dismal sentiment indicators. Citing the investor outlook, he quoted the Investor Intelligence Bull/Bear ratio as falling to an unusually low region.

You can see the rise of the bears below:

He also reminded us that consumer sentiment had plunged to historically low regions:

The good news is that he believes depressed sentiment is a contrarian indicator. When things seem so bad, they could be “signaling better times ahead.” Then, to this he adds we have a well-capitalized banking system and consumers that have a spending cushion.

The impact of inflation and Fed tightening takes us to the “on the other hand” side to all he suggests. But still, he says that a recession would be mild.

The National Bureau for Economic Research dates our business cycles. Composed of an expansion, a peak, a contraction, and a trough, the business cycle has four stages. During an April, 2020 trough, we had a quicky recession when GDP declined and unemployment temporarily soared. Meanwhile, the December 2007-June 2009 recession was much more severe.

We will only know if Dr. Yardeni is correct when the NBER looks back on the numbers: 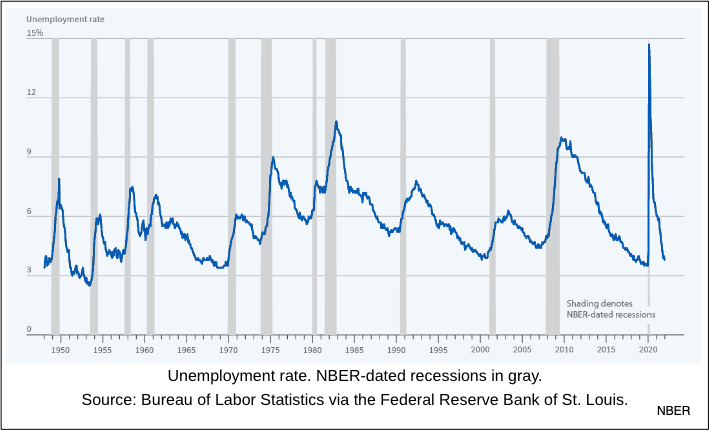 My sources and more: You might want to see the Yardeni blog but his “Morning Briefing” has a paywall. I do recommend going to the NBER website for their data.

Why the French Have a Great Lunch Break

What Lawn History Says About Status