How to Untangle Africa’s Supply Chain

If you live in Rotterdam, an order received in Paris on Monday will probably arrive on Thursday. Between two cities in Africa, you could have a much longer wait.

The solution is a multinational market.

Because of more than 50 different countries and 200 languages, African supply chains are tangled. Moving from one country to another, shippers cope with multiple languages, duties, and regulations. Even with regional trade treaties, enforcement is inconsistent and costs are burdensome. Smaller firms especially suffer from the expense of accumulating inventory just to avoid shortages.

To get a better picture of the problem, we can consider what it involves to ship an item on the highway between Lagos, Nigeria  and Accra, Ghana. Although the two cities are in English-speaking countries and separated by just 301 miles (close to the same as Rotterdam and Paris), there are two French-speaking countries in between. So, navigating among different languages, filling out multiple forms, paying Togo’s and Benin’s transit fees, and then another seven percent duty for Lagos or Accra, a trucker faces an array of trade barriers.

Looking at the map, you could think, why not water? But the sea route also involves document processing, customs delays, and the time it takes to get a vessel: 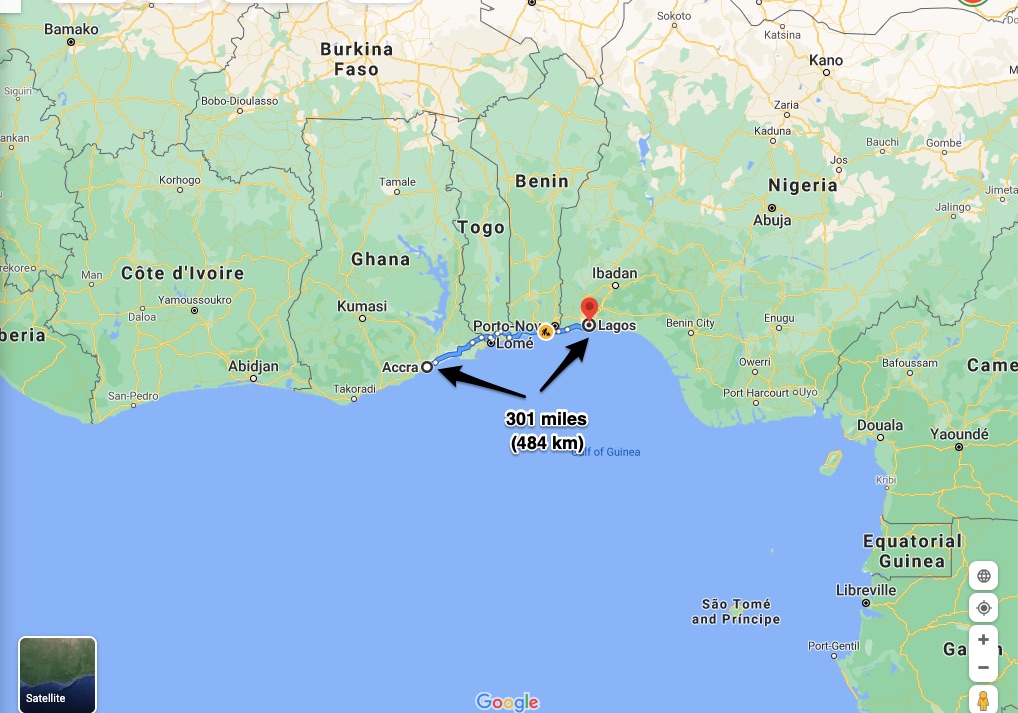 As a result, businesses place orders with suppliers outside of Africa. Although it takes just as long, the quality is better:

In 2018, all African nations except Eritrea signed the AfCFTA (African Continental Free Trade Area). Then, during the beginning of this year, the deal kicked in. One goal is to remove tariffs  between countries and regions (where regional trade agreements exist). They are also targeting a long list of non-tariff barriers that include different nations’ labeling rules, licensing requirements, red tape, vehicle inspections. Like the 18th century U.S. and the 20th century European Union, the goal is one market where goods and people freely travel.

Out of the 54 that signed, 36 countries have ratified (pink) AfCFTA : 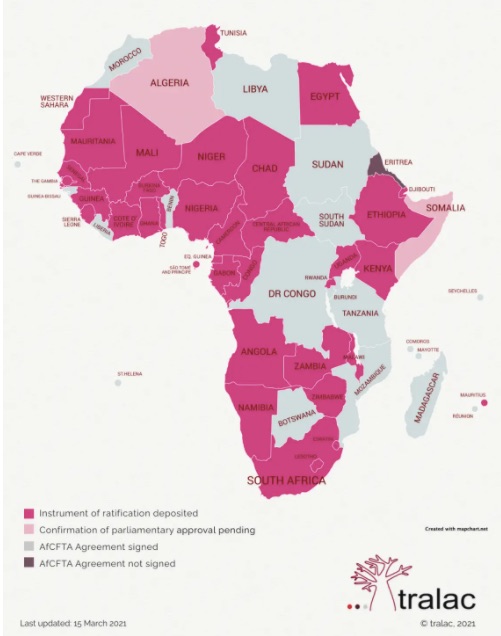 Transaction costs are the two words we can remember when looking at African trade agreements. Defined as the paper work, the money, the time that exchanging goods requires, a high transaction cost can discourage trade. If we look back to the U.S. during the 1780s, there were 13 colonies that had become states after the American Revolution. They had different currencies and laws. Travel and trade were difficult. The U.S. Constitution eliminated those barriers. Similarly, the European Union and then the Euro Zone made it much easier for goods, services, and people to move among multiple countries. 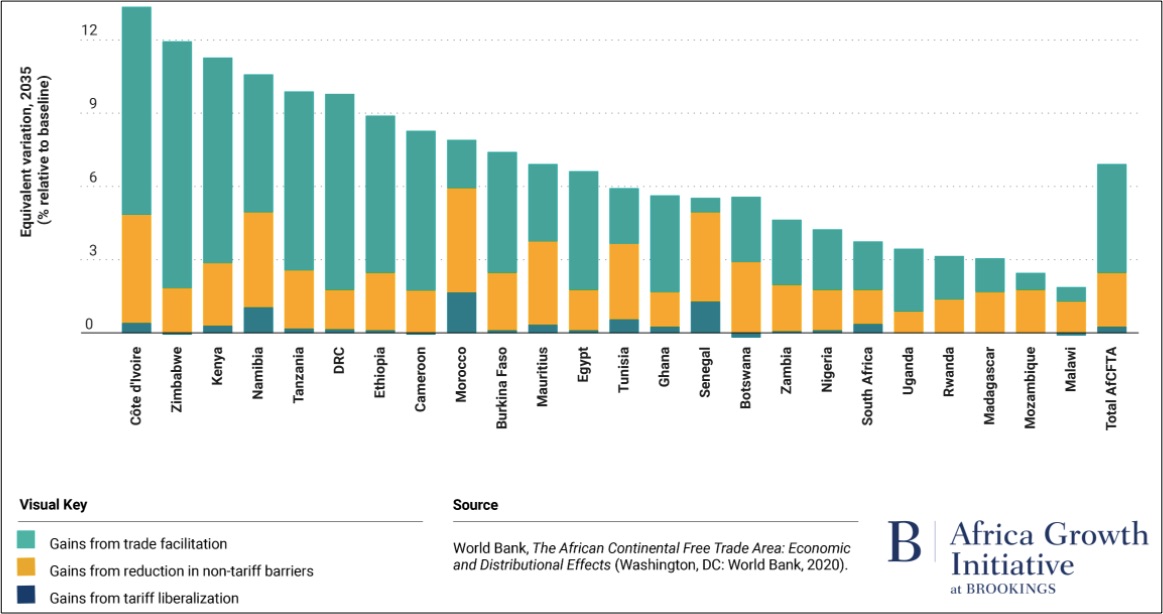 The goal is for Accra and Lagos to be as closely connected as Paris and Rotterdam.

My sources and more: For a massive Africa update, Brookings was my starting place as was this newsletter. Then, moving into specifics, Africa’s free trade agreement was the focus of Chapter 5 of the Brookings report and this Economist article. From there, this AllAfrica/MarketWatch press release, provided another free trade update.

Six Facts: Where the Gender Gap Has Grown

Why We Need New Logos