The Visual Capitalist showed us where the most jobs relate to tourism. At the top of the graph, we have the islands in the Caribbean: 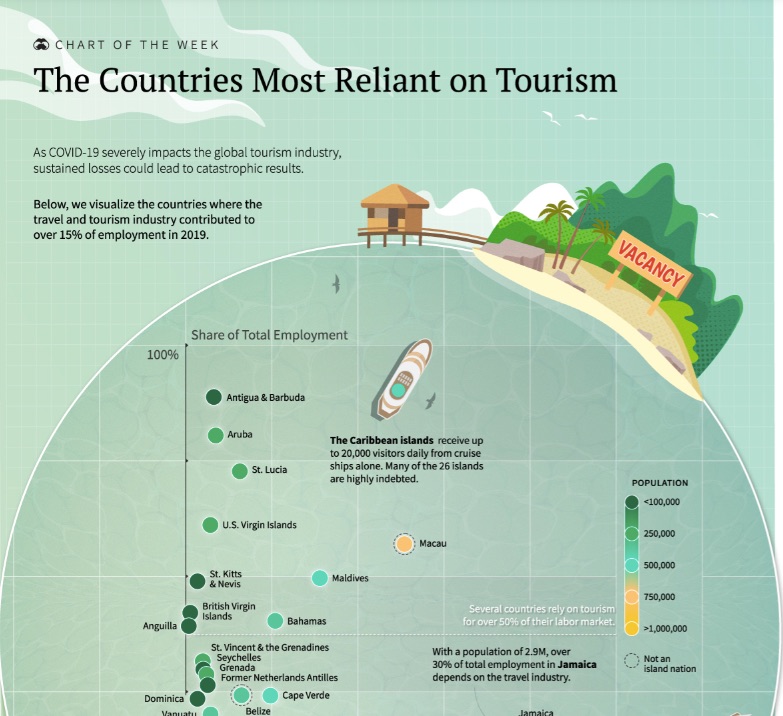 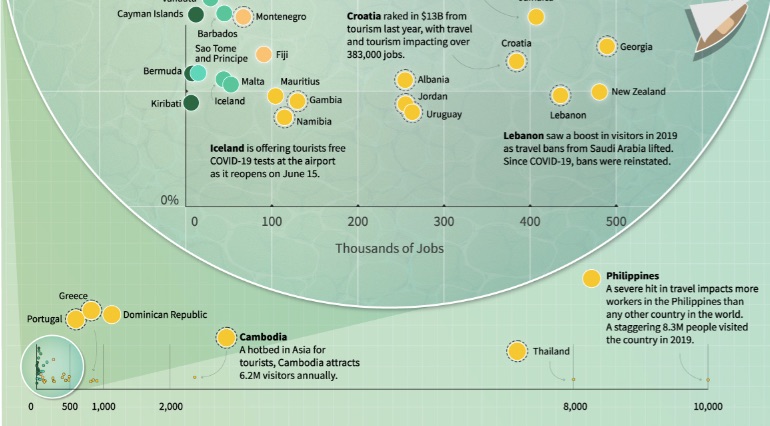 Imagining the data in the graph, we can picture empty hotels and gaps in ports where cruise ships used to park.

Also though, we can use money as a measure.

The IMF said that Covid had caused a Caribbean tourism collapse. On a graph, it looked like this: 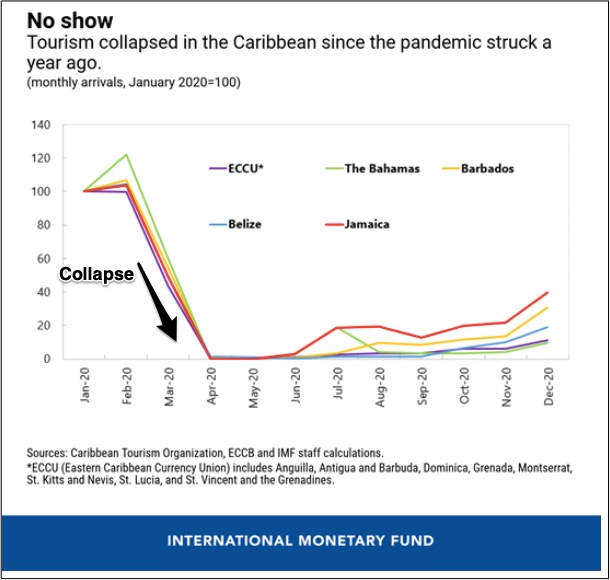 Caribbean hotel stays were down 70 percent on an annual basis and cruise ships completely disappeared. In the islands’ tourist-dependent countries, economic activity shrunk by close to 10 percent in 2020. Then, just when we thought a recovery was possible, a second pandemic wave hit the countries–the U.S., Canada, and the U.K.– that would have sent their travelers. As a result, the Caribbean islands remained empty: 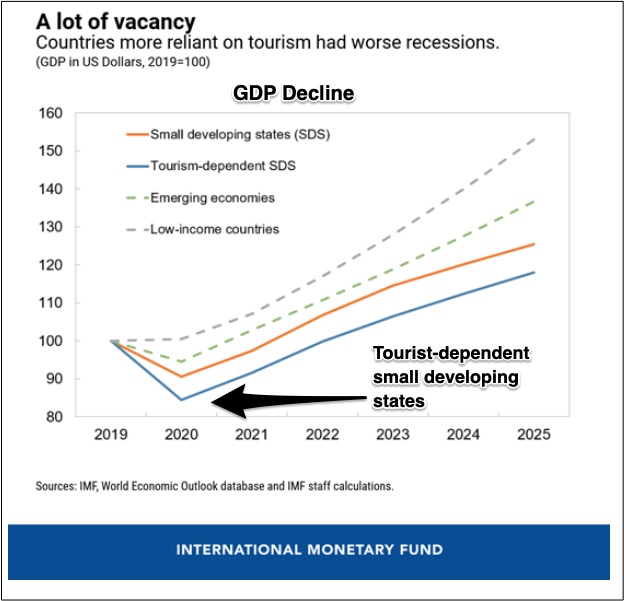 In addition to deserted hotels, as economists, we can move to the islands’ current accounts.

Sort of like income statements and balance sheets tell us how a business is doing, a country’s current account keeps track of its trade activity. With tourism, we have the equivalent of an export that brings money into a country.  So, when the revenue from tourism goes down at places like hotels and restaurants, then the current account is tugged toward minus territory.

In the tourist-dependent Caribbean, the current account balances have many minus signs:

Reflecting its economic significance, tourism is included in the national income current account. Especially for the Caribbean Island nations, it is an example of how we “treasure what we measure.”

My sources and more: I recommend taking a look at this IMF blog. Then, for the perfect complement, the Visual Capitalist had the infographics. And finally, if you want a cascade of numbers, do go to the IMF’s regional economic reports.

How Baseball Can Solve Its Home Run Problem