As an emerging markets investor in 19th century South America, it was tough to find out what was really happening. At best, up-to-date news had a three month journey. Even with good winds, the round trip between London and South America took six months.

However, the information lag was not the only cause of a financial crash. It could happen today.

Gregor MacGregor was 25 when he sailed for South America in 1811. Originally from Scotland, the soon-to-be General MacGregor joined Venezuela’s fight for freedom from Spain. When the conflict subsided, he helped other Central and South Americans challenge Spanish rule. His visit ends when he receives a land grant near today’s Nicaragua, 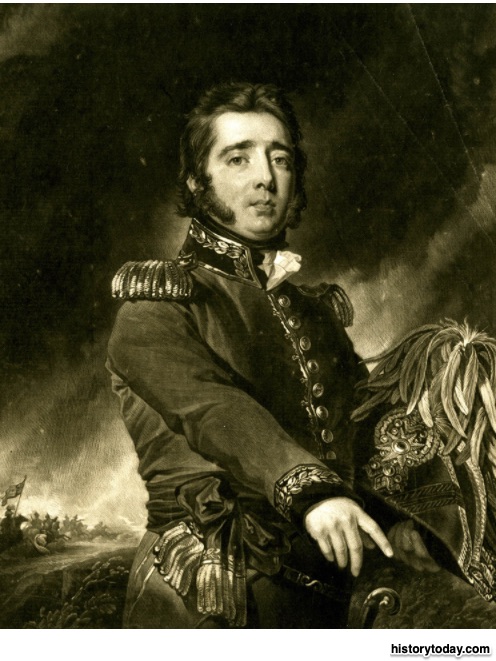 Soon surfacing in London, MacGregor told everyone he was the Prince of Poyais where there was gold in the mountains and mahogany and cedar in the forests. Today’s Nicaragua was nearby: 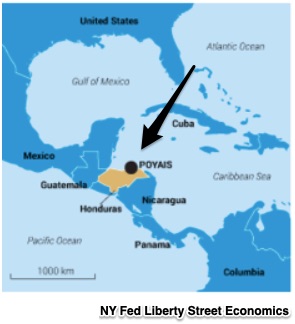 MacGregor described the plantations where cotton, coffee, sugar and indigo flourished as did rare fruits, exotic birds, and vast animal herds. You get the picture. Shown as our featured image, Poyais even had a currency that was printed in Scotland. It all just needed hundreds of thousand of pounds for further development. In 1822, the London Stock Exchange floated the bond issue that loaned MacGregor the money.

BUT POYAIS WAS ENTIRELY MADE UP.

However, Peru, Mexico, Chile, Colombia, and Argentina were not. They really needed money for infrastructure development. Although none had the tax revenue that would repay the debt, still, their high yield bonds made them attractive to early 19th century British investors. Reflecting the same speculative spirit, the shares of one English mining company with South American investments soared from £33 to £158 in one month.

Our story ends in 1825 like all speculative frenzies. When stock and bond markets crash, and the price of Latin American bonds halve, the ripple of distress travels quickly to the financial institutions that owned the cascading securities. Ten percent of the banks in England and Wales failed. At this point, England’s central bank had to step in as a lender of last resort. The system needed more money and the Bank of England could provide it.

As for MacGregor, after a stint in jail, he returned to Venezuela.

The NY Fed’s Liberty Street blog tells us that Gregor MacGregor was a part of the first emerging markets financial crisis. In its World Economic Outlook, the IMF distinguishes among emerging markets, developing countries, and advanced economies. Their criteria relate to per capita income, export diversification, and participation in the global financial system. While the main emerging market nations are China and India, the list is much longer. Among approximately 35 countries, we would include Argentina, Brazil, Chile, Indonesia, Malaysia, Peru, the Philippines, South Africa, Thailand, and Vietnam.

If you want to see how emerging market economies have fared since 1825 and during the coronavirus pandemic, do take a look at Reinhart and Rogoff, here and here.

My sources and more: During my Saturday walks, I like to listen to Slate Money. This week, they introduced me to a fake country. From there, I found out more at the New York Fed’s Liberty Street Economics, History Today, and here. And, as a post script, I do want to add that I have been wondering who is today’s Gregor MacGregor. (All images are from Liberty Street Economics and History Today.)

How the Best and Worst Airlines Are Different