How Our Pets Can Be Economic Indicators

A TV ad with a Chihuahua named Q00-chan caused a surge in small dog popularty in Japan after 2002:

However, according to The Economist, with toy poodles #1 and chihuahuas #2, the bigger reason tiny dogs are popular in Japan is small homes.

Moving beyond Japan, our goal today is to see pets as economic indicators.

The world’s cat and dog countries: 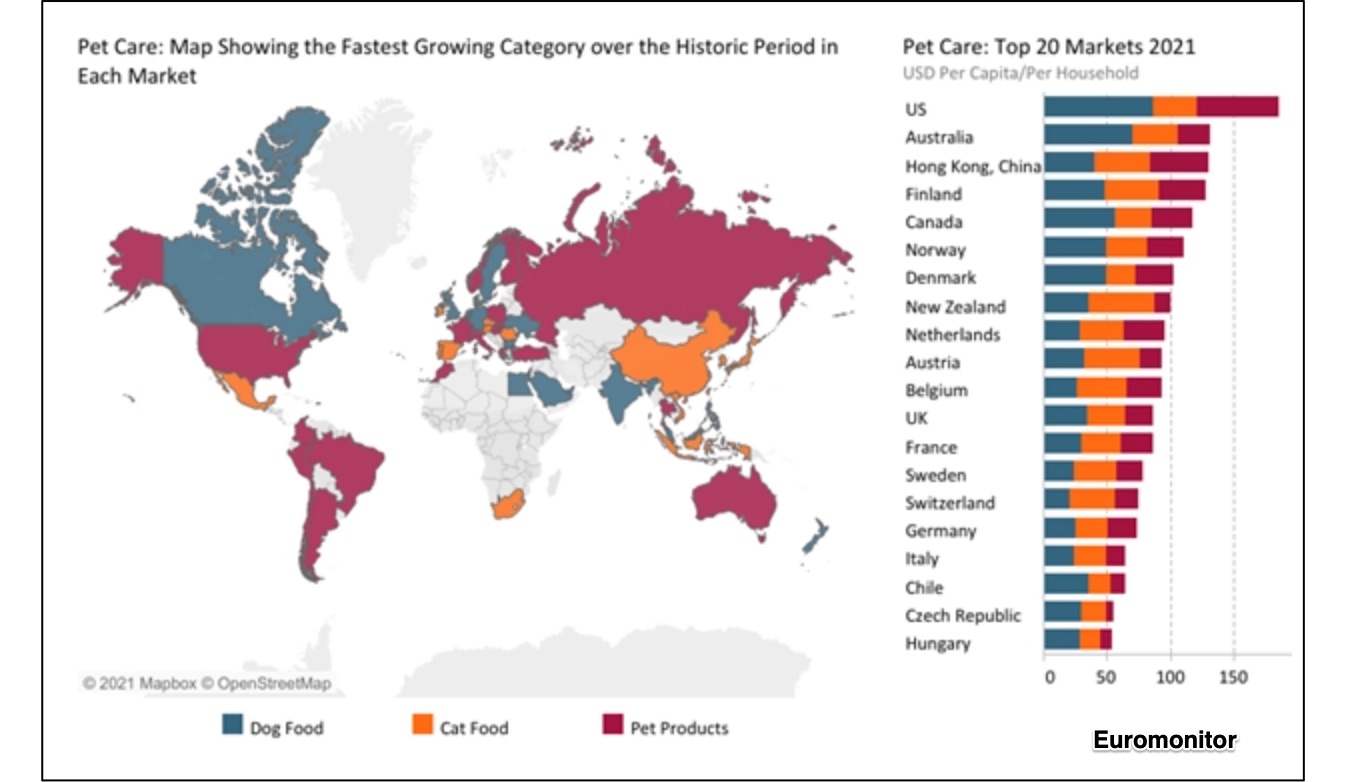 Meanwhile, in the developing world, pet ownership is up. Typical of other countries like them, pooch populations in Brazil and India have grown. Similarly, with perhaps double the number of cats (53.1 million) as dogs (27.4 million), pet ownership is way up in China, especially among the under 30 population.

In a 2014 article, The Washington Post told us that there are more cats in the U.S. Northeast and Upper Midwest whereas dogs are more prevalent in the South and Southwest. Confirming their conclusions, the World Population Reiew has data they published in 2022 that lists Vermont and Maine with the highest cat ownership with Arkansas and Mississippi 2nd and 3rd for dogs.

Meanwhile, in the U.S. the French Bulldog, and Golden and Labrador Retrievers are increasingly popular:

Where does all of this take us?

For the developing world, businesswire tells us that “rising nuclear families, double-income households, change in lifestyle, and urbanization” have boosted pet spending. Or more simply, as economic indicators, we could say it’s common sense that as households become more affluent, they can afford to own a pet. They can spend on the food, the toys, the healthcare, and the dog and cat treats that were among the most popular pet products in emerging market countries.

But, for the U.S., I still wonder if there an economic message that divides dog and cat households?

My sources and more: With the most up-to-date information, The Economist was where I began. Then there is more dependable data at Euromonitor. And from there, I looked at mappr and the American Veterinary Medical Association, the World Population Reiew, and an article on Egypt’s dog ownership that conflicted with others. Then, lastly, though dated, you might want to see dog and cat countries in this Washington Post. article.