Where You Can Live On The Moon

A group of researchers at Purdue University is figuring out how to build a safe and long lasting home on the moon. They call themselves RETH because they are designing a Resilient ExtraTerrestrial Habitat.

Their ideas are rather surprising.

Conditions on the moon are continually disruptive. It has trace oxygen, microgravity, and extreme temperature fluctuations. It gets hit by meteoroids and moonquakes. In addition, its extreme particle radiation and pervasive sharp and abrasive moon dust are problems.

A NASA fact sheet tells us that the diurnal temperature at the moon’s equator has a rather sizable swing from -290 F to +240 F: 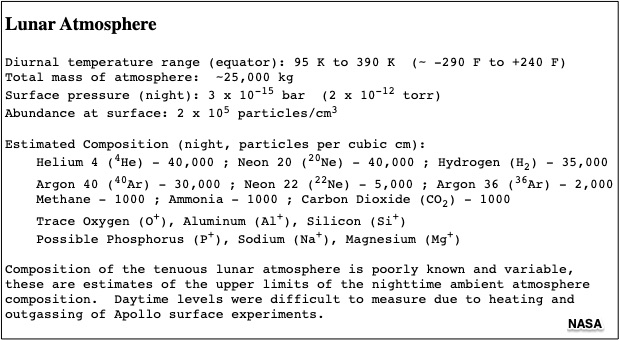 RETH thinks that a (probable) underground network of lava tubes will minimize many of their worries. Thought to be 1 to 2 kilometers long (1.24 miles), these “Sublunarean” caverns could provide a protective layer from surface activity. The earth actually has a mini version of these tubes that are typically 10-30 meters wide.

Providing research clues, the earth’s lava caves, like the one pictured below, have come in handy: 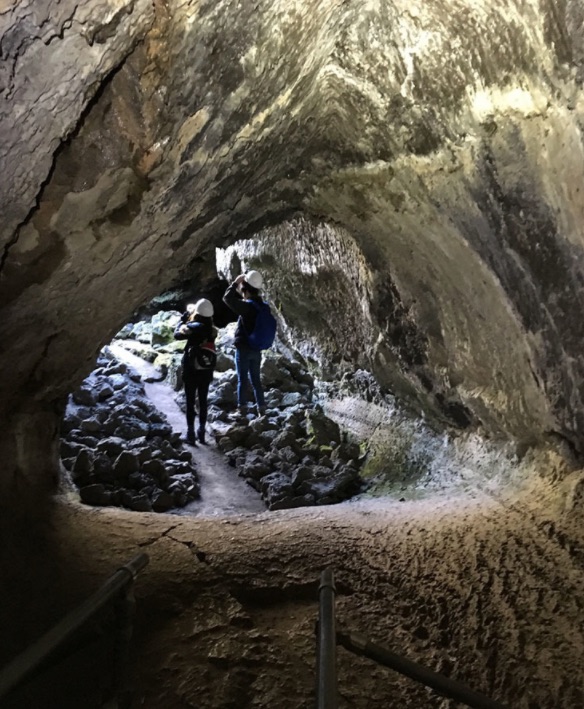 Do try to imagine (as have I) a similar tube on the moon. Rendered in the following diagram, it displays the surface onslaught. In a list of RETH’s concerns, roof stability was up there: 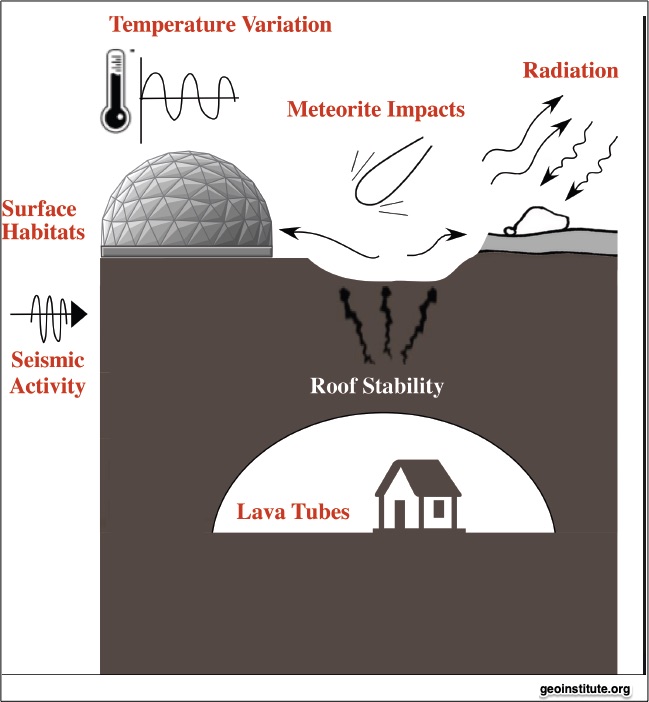 And, this is how lava tubes form:

Our Bottom Line: Factors of Production

All we are really talking about is land, labor, and capital. Called the factors of production by economists, land, labor and capital are our primary building blocks. We could even say that we have factor recipes. In the United States, during the past 200 years, our factor recipes have shifted from the dominance of agricultural labor to capital intensity.

Now, planning for permanent settlements on the moon, again our recipes will change. RETH shows us below what they will need to endure: 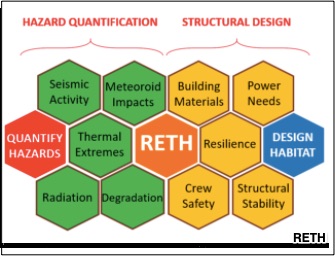 But, as always, we need land that could start with lava tubes. We have labor that is equipped with highly knowledgeable human capital. And then, from there, we will have the invention of resilient capital that can thrive in a lunar environment. 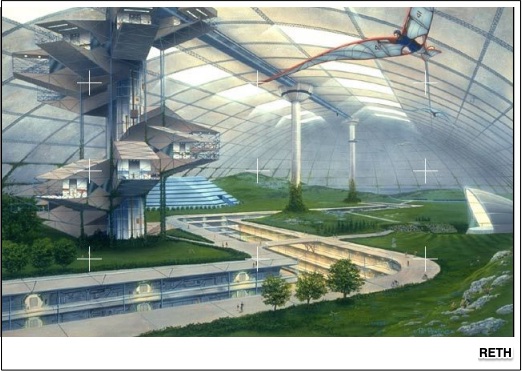 Today’s takeaway? Let’s all remember a lava tube. Who knew??

My sources and more: Because of a WSJ podcast (“The Future of Everything”), I became interested in a moon habitat. That took me to the RETH website and this article on lava tubes. I also actually enjoyed (as you might too) this 51 page RETH presentation. their overview press release, and these NASA moon facts. Finally, do take a look at this Habitat podcast that follows the experiences of a group of people that simulated what it would be like to live on Mars for a year.

Our featured image is from NASA.

Our Weekly Economic News Roundup: From Santa To Our Spending Power