Ten years ago we believed that cupcakes satisfied our quest for “creativity, authenticity, aesthetic design, personalization, and locally sourced goods.”

The cupcake bubble began in 2000 with the cameo Sex and the City appearance of a $3 cupcake ($4.62 now) from the Magnolia Bake Shop.

It continued with the spread of Crumbs. Never before available, the flavors offered by  the Crumbs chain of cupcake shops ranged from cookie dough to dulce de leche. Perhaps though, the Colossal Cupcake was their most decadent innovation.

I’ve copied five of the 18 $42 cupcakes on the Crumbs Colossal Menu: 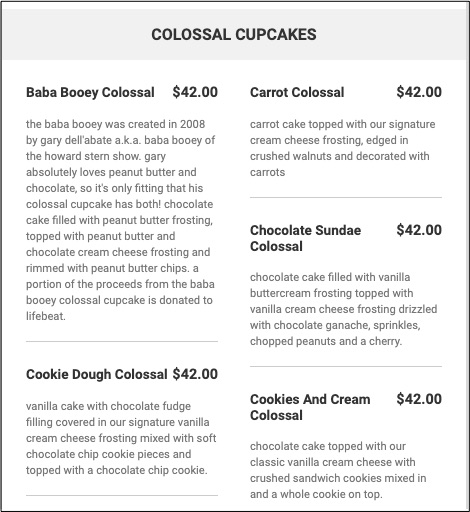 Crumbs stock was first available to the public (sort of an IPO–Initial Public Offering–but not the traditional kind) when an investment firm acquired the company and then listed its shares on Nasdaq. During June, 2011 the stock was offered to us for $13.10. 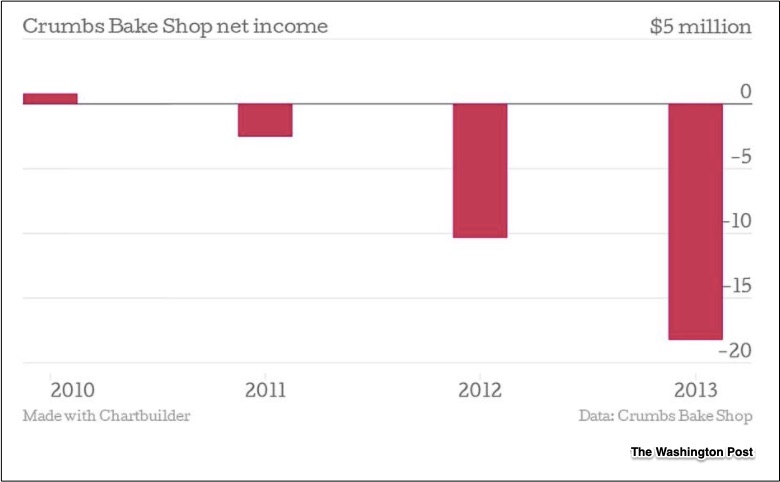 By June 30, 2014, the stock price had plunged to 4 cents a share and Crumbs was closing all of its shops: 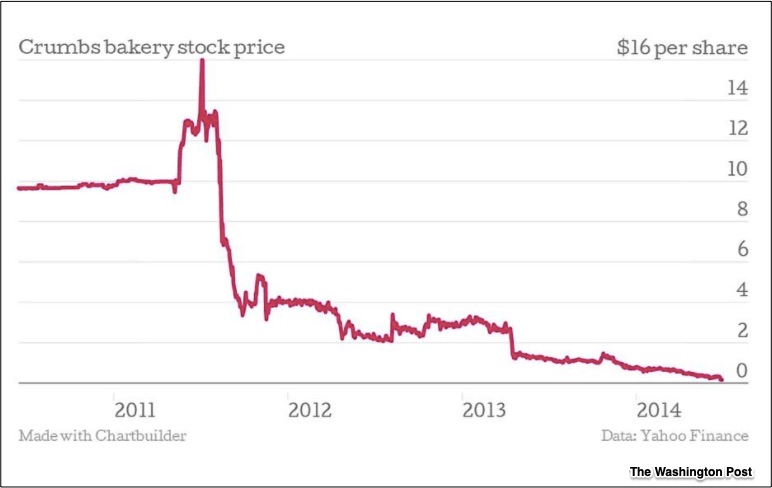 Like decadent cupcakes, all bubbles start with something new that captivates the market. As euphoria builds, demand driven prices soar. Then, with speculative purchases escalating, prices move even higher. But always, the euphoria switches to panic, sellers multiply, and the market crashes. On the way up, participants like to say “This time it’s different.”

Whether during the tulip bubble of the 1630s or the dot.com crash that started in March 2000, investors have relatively easy access to money. They enjoy what former Fed chair Alan Greenspan called irrational exuberance and believe puffed up growth stories. Inject all of that with a dose of moral hazard that obscures your risk and you get your bubble.

I suggest taking a look at this recent NY Times article. Then, please consider the 2020 15% rise in the S&P 500 Index and its 447 IPOs that included many unprofitable companies with soaring stock prices.

My sources and more: The Washington Post, here and here, and the NY Times told the story of the cupcake bubble in 2014. Then, for more dot.com facts, University of Pennsylvania Professor Jeremy Siegel’s Stocks For the Long Run is the perfect source.

Please note that our featured image is from Reader’s Digest and that parts of our “Bottom Line” were in a previous econlife post.

Where You Can Live On The Moon