The Economist created the Big Mac Index in 1986 to compare the price of the Big Mac in different countries. Their goal, they said, was to make exchange rate talk more “digestible.” The message was about over- and under-valuation.

You can also see that, compared to the U.S. dollar, only three countries have an overvalued, more expensive Big Mac: 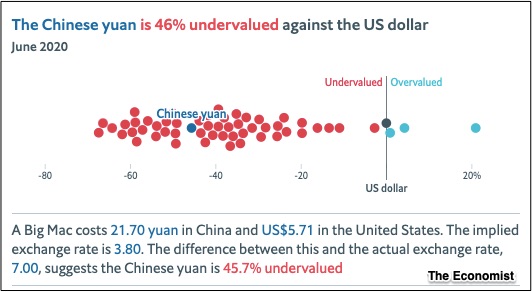 As economists, we can see the Big Mac Index (and much more) through the lens of purchasing power parity.

The theory of purchasing power parity (PPP) suggests that if a Big Mac costs $5.71 in the US and £3.39 in the UK then, all things being equal, $5.71 should be of equivalent value to £3.39. As the economist explains, “…exchange rates should move towards the level that would make the price of a basket of goods the same everywhere.” 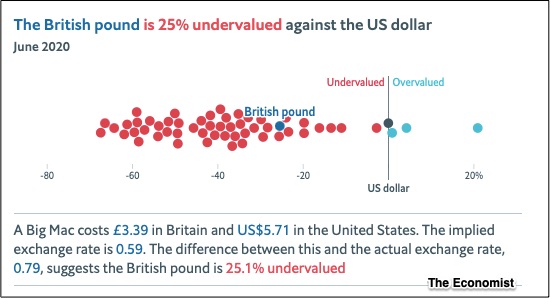 If a burger is selling for more than the local currency equivalent of $5.71, it is overvalued. Less means the opposite. Because a euro area burger averages $4.97 (€4.21) at the current exchange rate, it is undervalued when compared to the dollar.

This Big Mac Index displays the global strength of the U.S. dollar: 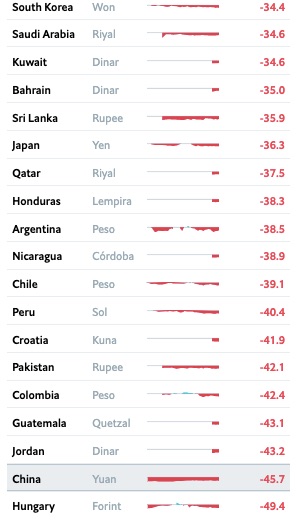 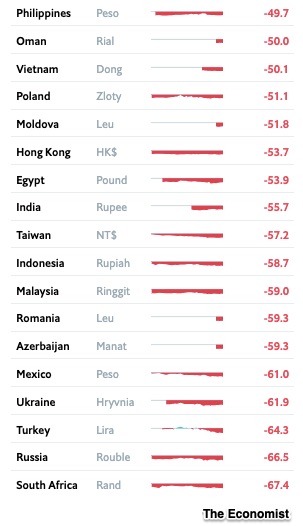 But why does all of this matter? It’s handy to know PPP if we are comparing different economies’ GDPs. When adjusting for buying power, the size of an economy can become relatively larger or smaller: 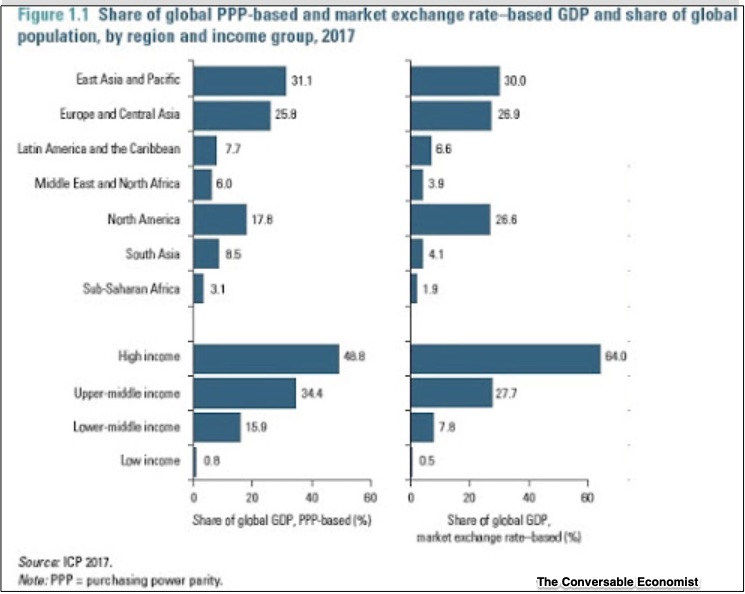 My sources and more: For more charts that relate to the Index, do take a look at The Economist. Taking the next step, they then use PPP to compare the size of China’s economy to the U.S. economy. But most interesting was economist Timothy Taylor’s discussion of PPP in his Conversable Economist blog.

Six Facts That We Need to Know About the Federal Debt

Why We Should Care About Curbside Cardboard Crime