Six Facts That We Need to Know About the Federal Debt

$1 trillion is a thousand billions, a million times a million: 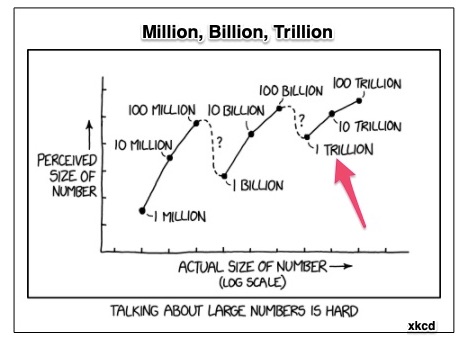 When Congress passes a stimulus bill that is close to $2 trillion and taxes generate much less, we wind up with a bigger gap between spending and revenue–a bigger deficit. To fund the deficit, we have to borrow. And, when we borrow more than we pay back, the federal debt rises.

Issued by the U.S. Treasury, the loans are called bills, bonds, and notes. Their main difference is time. Treasury bills pay you back in a year or less. Notes take up to 10 years and the bonds can have maturities beyond 10 years. All pay interest.

2. The U.S. government borrows from itself and a long list of individuals, institutions, businesses, and governments.

The U.S. borrowed $2.999 trillion in Q2 (April-June). Our own government buys its own debt when a federal agency like Social Security has some extra cash. Somewhat similarly, when a foreign government wants a safe place to keep money for awhile, it buys U.S. securities.

Below you can see where the federal debt comes from: 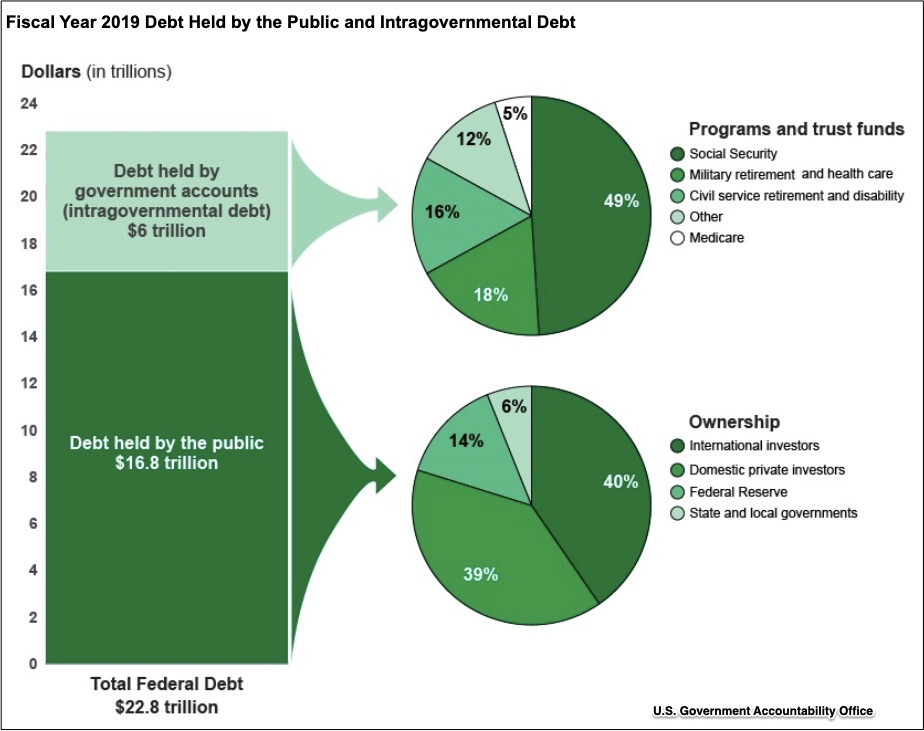 On the treasury list of the governments that own U.S. securities, Japan and China are at the top. In billions of dollars, the numbers are for the end of the period that is noted:

4. Domestic buyers of government securities include the Federal Reserve and private investors.

Indirectly, many of us have lent money to the federal government: 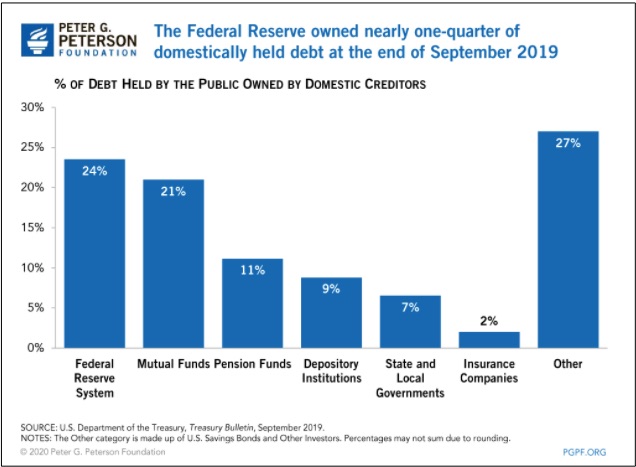 5. We judge the size of how much we’ve borrowed–the federal debt– by comparing it to the GDP.

At the end of March, the gross federal debt was $23.7 trillion. Even though we know the amount is gargantuan, it’s tough to tell if it’s more than we can afford.

What you can do though is compare what you borrow to what you earn. Please think about someone who owes $100,000, For a person who earns $1 million a year, a $100,000 loan is manageable. However, if you take home a much smaller wage, then borrowing $100,000 is a massive and risky obligation.

Similarly, we compare the U.S. debt to the size of the U.S. GDP (the dollar value of goods and services produced annually). Below you can see that the U.S. debt to GDP ratio has returned to World War II highs: 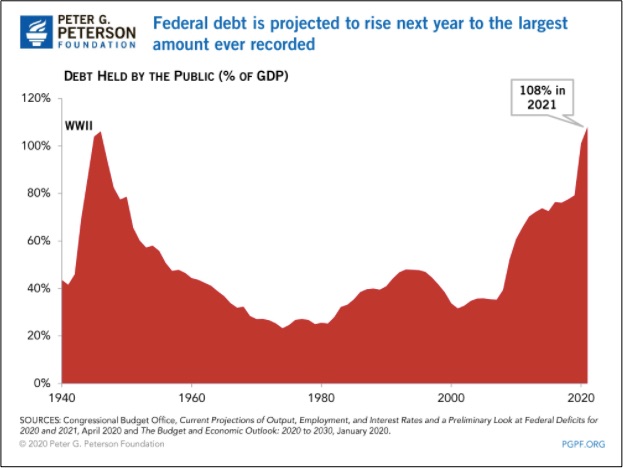 6.  In a recessionary coronavirus world, debt to GDP ratios have been high beyond the U.S.

For Europe, Greece, Italy, Portugal, Belgium, and France have the largest total debt to GDP ratios for January-March 2020:

Through its fiscal and monetary policy, the U.S. government tries to implement three economic goals:

Its fiscal tools are spending, taxing and borrowing policies. Meanwhile, monetary policy, overseen by the Federal Reserve, focuses on the supply of money and credit.

So, when we look at the federal debt, we are really talking about fiscal policy.

My sources and more: For starters, this Peterson Foundation report and one from the GAO give us a summary of the federal debt. I also recommend this paper. However, if you go to just one article, do read a superb history of the debt until 2012 in The Atlantic.

What the CPI Is Hiding