What Restaurants Really Sell Us

When you identify what a restaurant sells us, it all depends on who you are. As diners, we think of the food.

We could say that a table in a restaurant is real estate. When you and I eat there, we are renting the table and the space that surrounds it for an hour or two or more. The owner of the establishment wants to optimize the revenue from her real estate. So, she prepares a meal and sells it to get her rent.

Do imagine an 18-inch space between two tables. Then, hoping to increase revenue, the owner reduces it to 6 inches and adds a table. 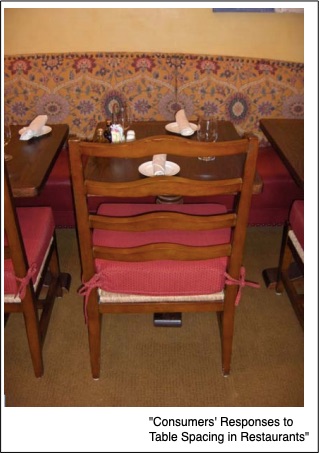 With an extra table, the “rent” from the space appreciably rises. But so too does customer discomfort. In one study people indicated that such close proximity to other diners makes them feel that their conversation is overheard. They also expect that getting up will disturb someone. While the result was a faster meal, still, they spend as much as others with more space. But also, their discomfort could have made a return visit less likely. 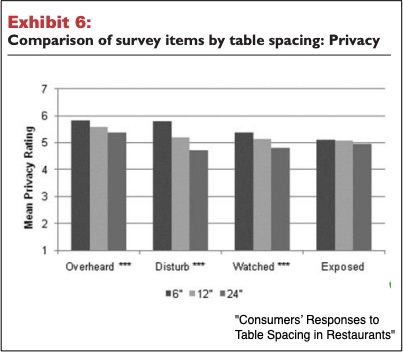 In addition, gender, culture, and age can affect our response to table spacing. And, it matters if the event is romantic, business, or friends. However, the common denominator is that the distance does matter. We don’t like six inches. Cornell Hotel School Senior Lecturer Stephani Robson suggests the Goldilocks table space number is 16 inches.

In a recent Planet Money podcast, the owner of a small Indian restaurant explained to Dr. Robson that one seat on average brought him $6,000 a month. Hoping to add revenue, he told her that he planned to get more seats by diminishing the space between tables. Her advice was not to do it. Instead, he could increase the revenue per seat more dependably by table location and height tweaks. She also said he should construct a 42-inch stub wall next to the table at the door so the people felt they were a part of the restaurant and yet also had some seclusion. Before the wall, seeing the nearby door, they left quickly. Following her advice, he reported that the revenue per seat increased.

You can see the wall. 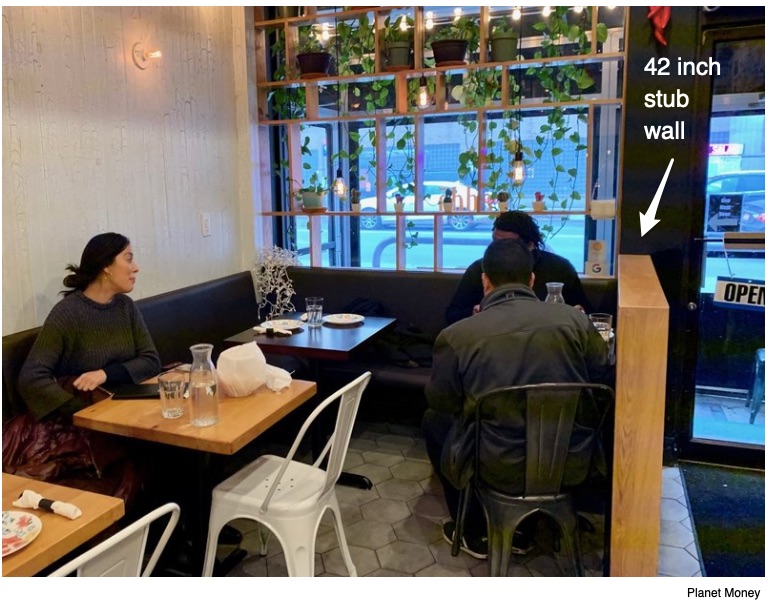 Do note also that the chairs don’t look very comfortable. We can guess why.

Competing in monopolistically competitive markets, restaurants have some price making capacity but probably not very much. As a result, facing many other establishments that are somewhat similar, they need to compete through non-price tactics. Yes, they try to make themselves unique through their food. But also, how they space their tables can influence their revenue.

Along the following competitive markets continuum, firms that occupy the left side tend to be less powerful and smaller. They include most restaurants:

Returning to where we began, restaurant economics can be about the “rent” per table as much as the food.

My sources and more: In one of its excellent podcasts, Planet Money reminded me it was time to look again at restaurant economics. From there, I especially enjoyed an academic look at table spacing, Rather dry, it still grabbed me. Please note that most of Our Bottom Line was in a past econlife post on restaurant psychology.

Our Weekly Economic News Roundup: From a Common Charger to a Coffee Cup Lid

Where a Traffic Light Could Cut Noise Pollution