At the endangered languages website, you can go to a list of 180 countries. Click on Turkey and you see 18 languages. For the United States, there are 165. In Australia, 360.

Where are we going? To the connection between economic growth and language extinction.

In a 2014 paper, researchers used three variables to identify the world’s threatened languages. They looked at the number of people who speak a language. They gathered statistics on the decline in the number of speakers that could be from death, from departures. It involves a multigenerational look. Finally, geographical range counts also. Next, applying the data, languages can be called vulnerable, endangered, or critically endangered.

The decline in the number of speakers has been related directly to economic growth. With the allure of economic success, the threat of language extinction accelerates. In areas like North America and Europe, and developed nations like Australia, more people decide they need to abandon a traditional language for one that is dominant. They want the benefits a dominant language provides. Consequently, over generations, you have fewer speakers and a mass exodus from a smaller geographical area. You have language shifts because of globalization. One cause? Higher per capita GDP.

Below, I’ve excerpted a section of a map that shows where Australia could experience language extinction: 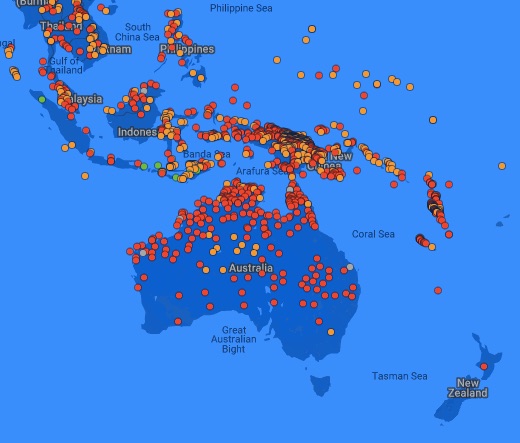 The per capita GDP that nudges a language out of existence is just a fraction. The GDP is your numerator and population, the denominator. Looking around the world, you can see where it is highest: 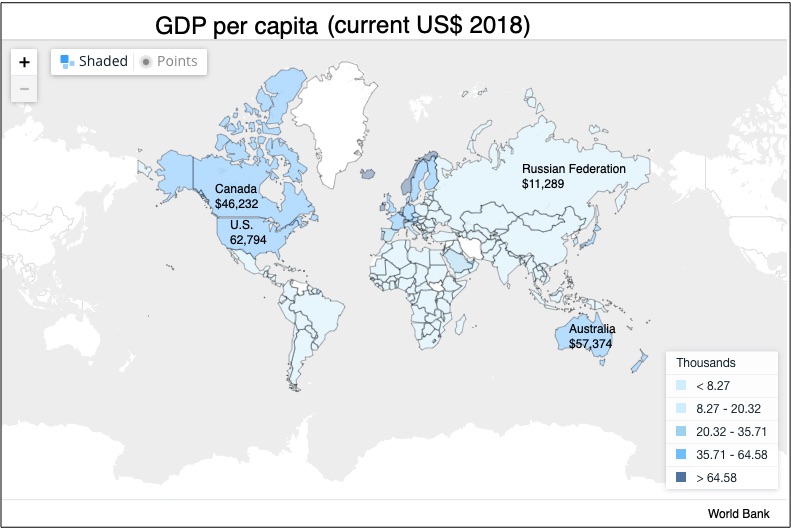 Returning to where we began, you can see where languages are becoming extinct.

My sources and more: The BBC had the summary but if you want all of the facts, do go to the original 2014 paper on endangered languages and economic growth. The ideal complement, though is the up-to-date endangered languages website that was initially funded by Google. Finally, I also recommend supports the Language Diversity Index.

The Problem With Plastic Bag Bans

What We Can Learn From a Happiness Curve