What We Can Learn From a Happiness Curve

Toward midlife, chimpanzees and orangutans are most unhappy. Soon after though, their perception of life improves.

In a survey of the caretakers of 508 great apes in five countries, researchers reported the animals’ sense of well-being dipped at age 30 or so. They judged happiness by assessing mood swings, social interaction, and goal achievement.

The results could be called a great apes’ happiness curve: 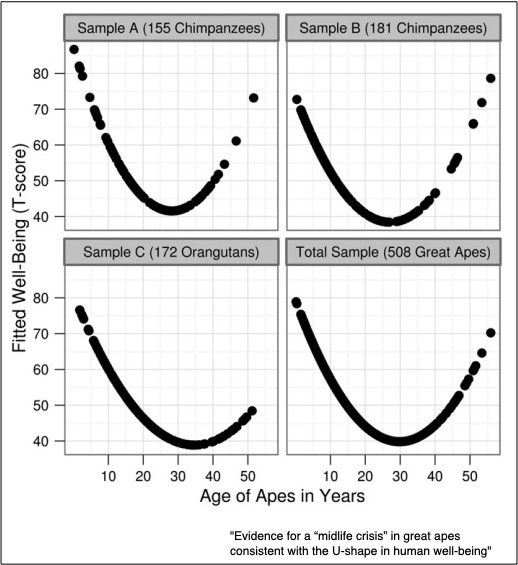 For humans too, we have happiness curves. And like the chimps and orangutans, our happiness touches a low point during midlife. Economist David Blanchflower used data from 95 developing nations and 37 that were developed to confirm the happiness curve. In developed nations the nadir is at age 47.2 while it happens a year later in developing countries. Gender appears not to matter. Neither does affluence or the country’s GDP. Everyone is threatened by “peak misery” when they are 47 or 48 years old.

Below you can see that U.S. data from the General Social Survey forms a happiness curve between our mid-twenties and our sixties.. (Controls refer to marriage, unemployment and other conditions that could skew happiness.): 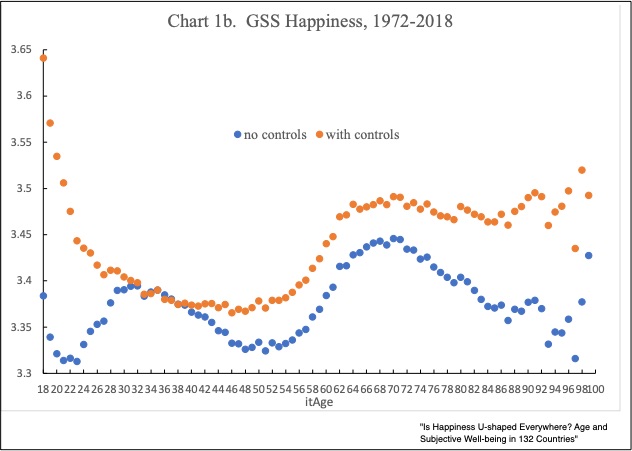 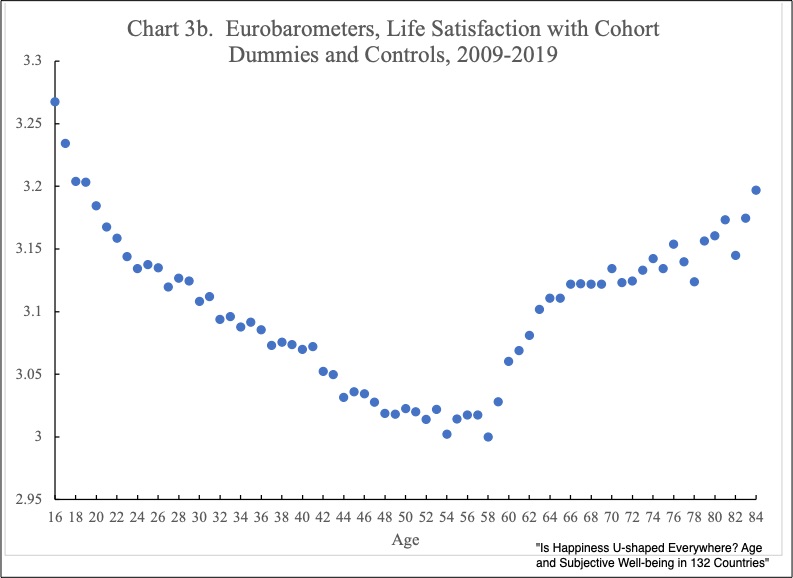 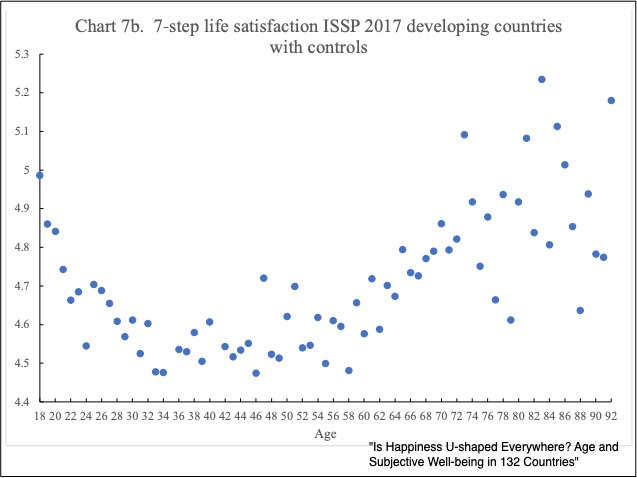 Our Bottom Line: The Misery Ratio

Economists care about happiness because because the impact of happiness ripples far beyond our emotional well being, Happier people tend to live longer and heal faster. But there is little overall agreement on what causes happiness.

However, Dr. Blanchflower did look at our response to inflation and unemployment. Through a “misery ratio,” he and his co-authors conclude that a one percent increase in unemployment makes us feel far worse than the same bump in inflation. As a result, to optimize happiness, policy makers should target unemployment

As for chimps, at age 30, they just need more TLC.

My sources and more: Thanks to the Planet Money Indicator podcast for alerting me to the Blanchflower papers on the happiness curve and the misery ratio. Also, the Washington Post  took a look at the misery ratio. Then, for the apes, National Geographic and this paper told the story. But if you read only one article, do go to the Atlantic.