What It’s Handy To Know About a Wealth Tax

When candidates propose a wealth tax, it sounds simple.

We need to start with a statistical glitch. Different sources do not entirely agree on who has or had a wealth tax. It all depends on what you call wealth, which wealth you tax, and where it is located. However, the trend is indisputable. Most of the countries that had what they called a wealth tax have eliminated it. From a peak of 14 (other sources say 12), we are down to four (or perhaps six): 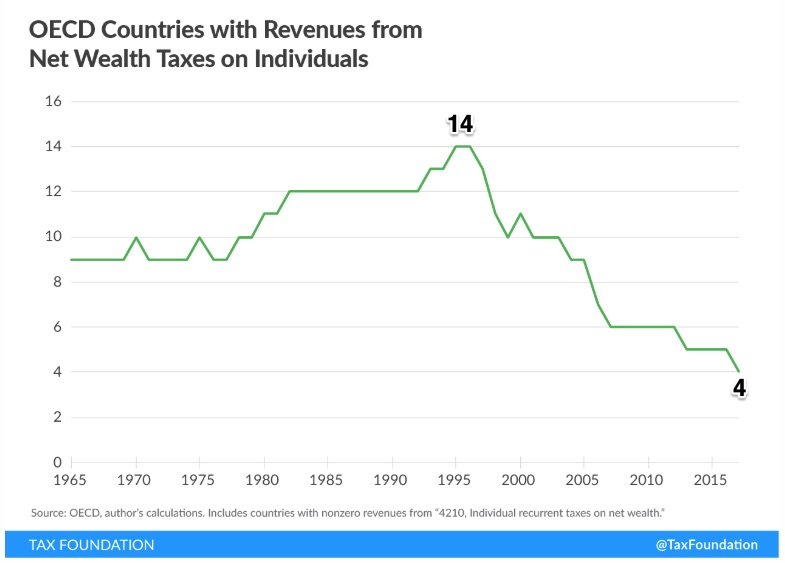 Why? In many ways, taxing wealth can distort what government does and how tax payers act. On the administrative side, designing and collecting the tax can require a disproportionately large task force. As for the affluent who are taxed, the incentives create unintended consequences. Someone’s wealth could be composed of illiquid assets that need to be sold to pay a tax bill. Young people might not want to save. A tax on wealth could dissuade people from taking risks and becoming entrepreneurs. In France 42,000 millionaires left the country.

And, the revenue was disappointing: 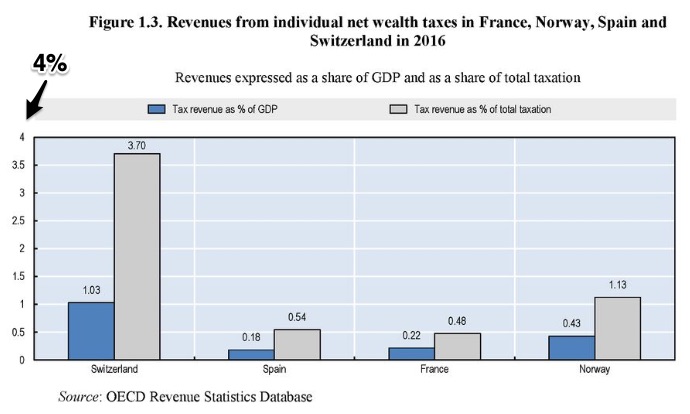 The Tax Foundation tells us that these OECD countries currently tax net wealth: 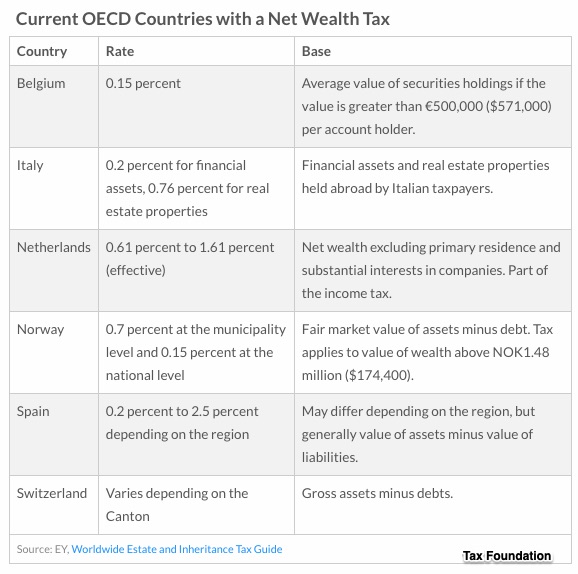 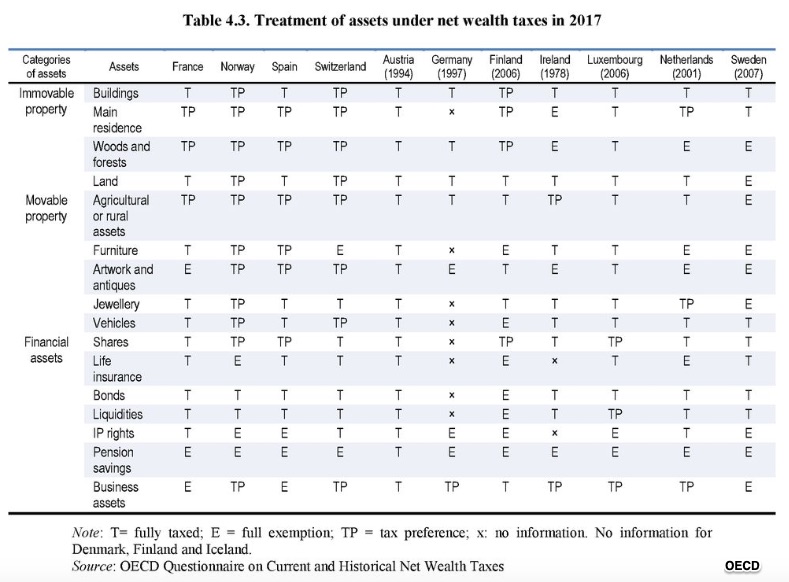 Tax rates could be nationally mandated. Or, as in Switzerland, each canton can make the decision. Meanwhile, like Madrid, a major city can offer 100% relief from a national wealth tax. All rates (below) are less than 3 percent: 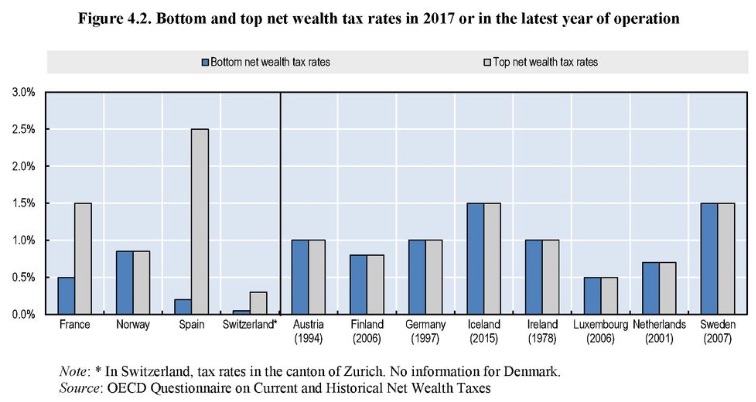 Last year, the OECD gave us a tax primer that focused on four questions. Basically it asked if taxing wealth could diminish wealth inequality. To answer the question, in 114 pages, they considered if the tax could maximize efficiency and equity while minimizing administrative and compliance costs. The answers? Including a tax on wealth, the tax system can address wealth inequality. But we should not forget bringing the bottom up as well as reducing what the top has.

So yes, it is complicated.

My sources and more: My Planet Money  newsletter was the beginning of my closer look at whether taxing wealth works. Next, the Tax Foundation was a logical destination and the OECD also came in handy. However, this Politifact discussion was most valuable because it explained the factual discrepancies among all that I previously cited.

Why Development Economics Has a Plumbing Problem

The Hidden Side of Amazon Prime